I recently travelled to Shenzhen on the south coast of China for a 3 week business trip. This is my third visit to Asia, and my first to China.

Shenzhen is now one of the most built up cities in the world, and currently has a population of 8 million. Before 1979, Shenzhen was merely a small village of 30,000 people, so nearly everything that exists in Shenzhen has been constructed in less than 4 decades. The city’s rapid growth was made possible by foreign investments following the establishment of the Shenzhen Economic Zone in 1979.

My visit to Shenzhen coincided with the region’s very hot and very humid summer weather, making it quite uncomfortable to be outside nearly all the time. After my business trip was done, I took an extra week to explore the territory of Hong Kong which is just across the border from Shenzhen.

My first set of photos explores the beautiful Shekou district where my hotel and work were situated, the surrounding areas, and areas along the Shenzhen Bay. I’ll have 5 more groups of photos to share from Shenzhen, followed by a few more from Hong Kong. 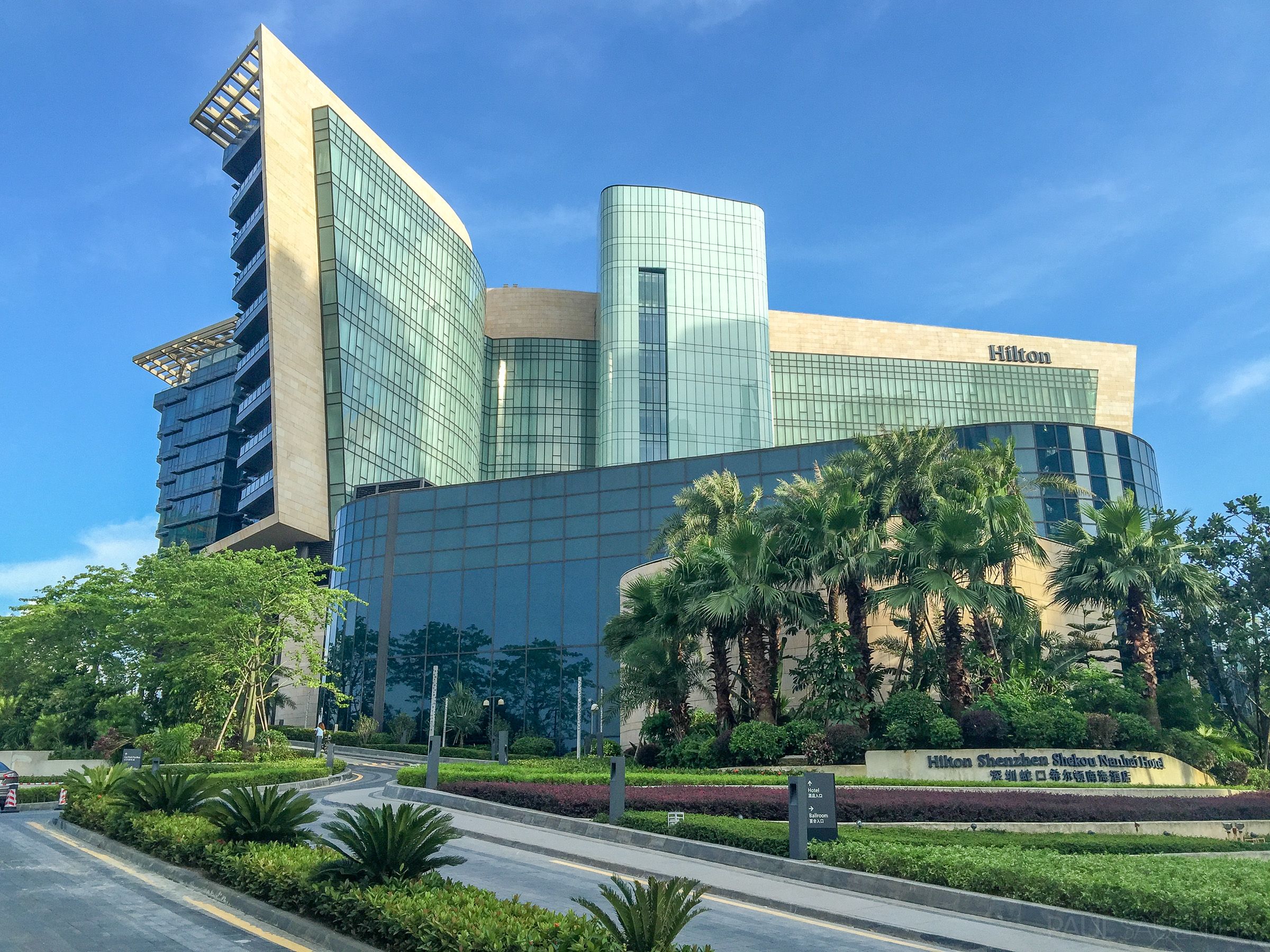 I stayed at the Hilton Hotel in Shekou (which has a really long name to incorporate the precise location). The building is designed to resemble a ship. 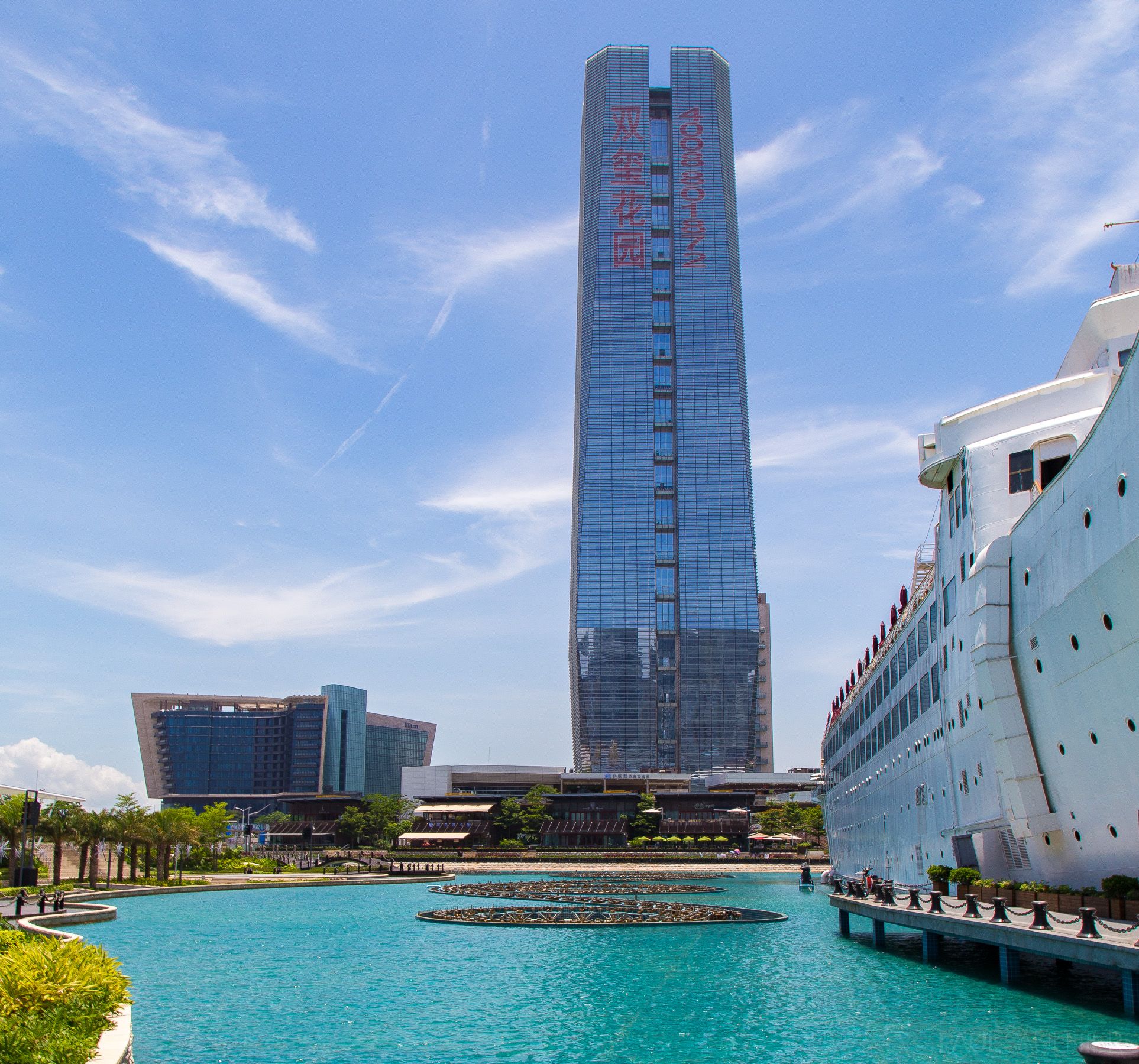 The biggest nearby attraction is called Sea World, but don’t confuse this with the North American Sea World chain. This Sea World takes its name largely from the ship shown in this image, and the whole area’s proximity to the Shenzhen Bay. 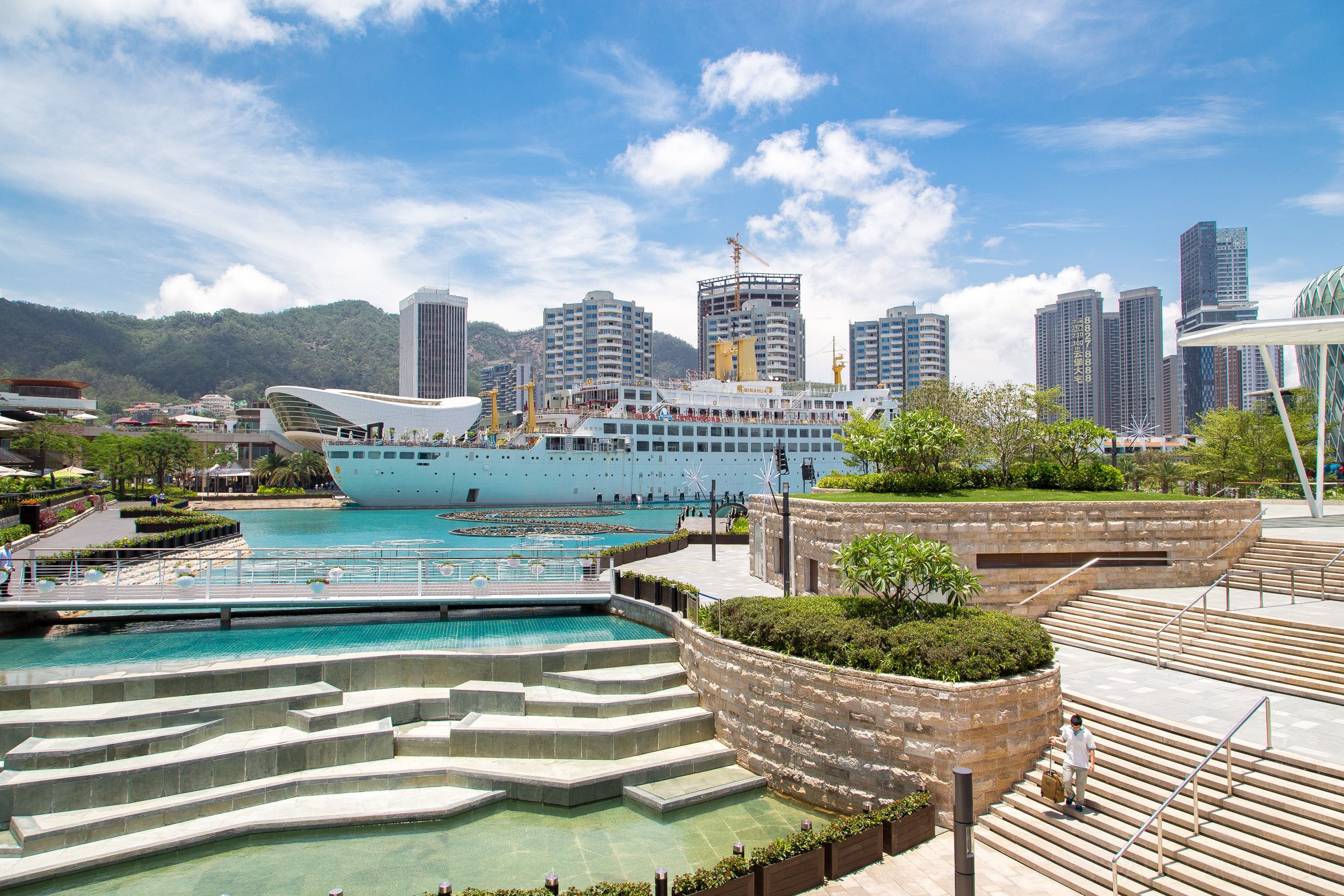 This ship once floated in the ocean, but now is anchored in concrete. It houses restaurants and other attractions. The whole area is known for its many western themed restaurants. This area is actually reclaimed land, and was once the location of the natural coastline. 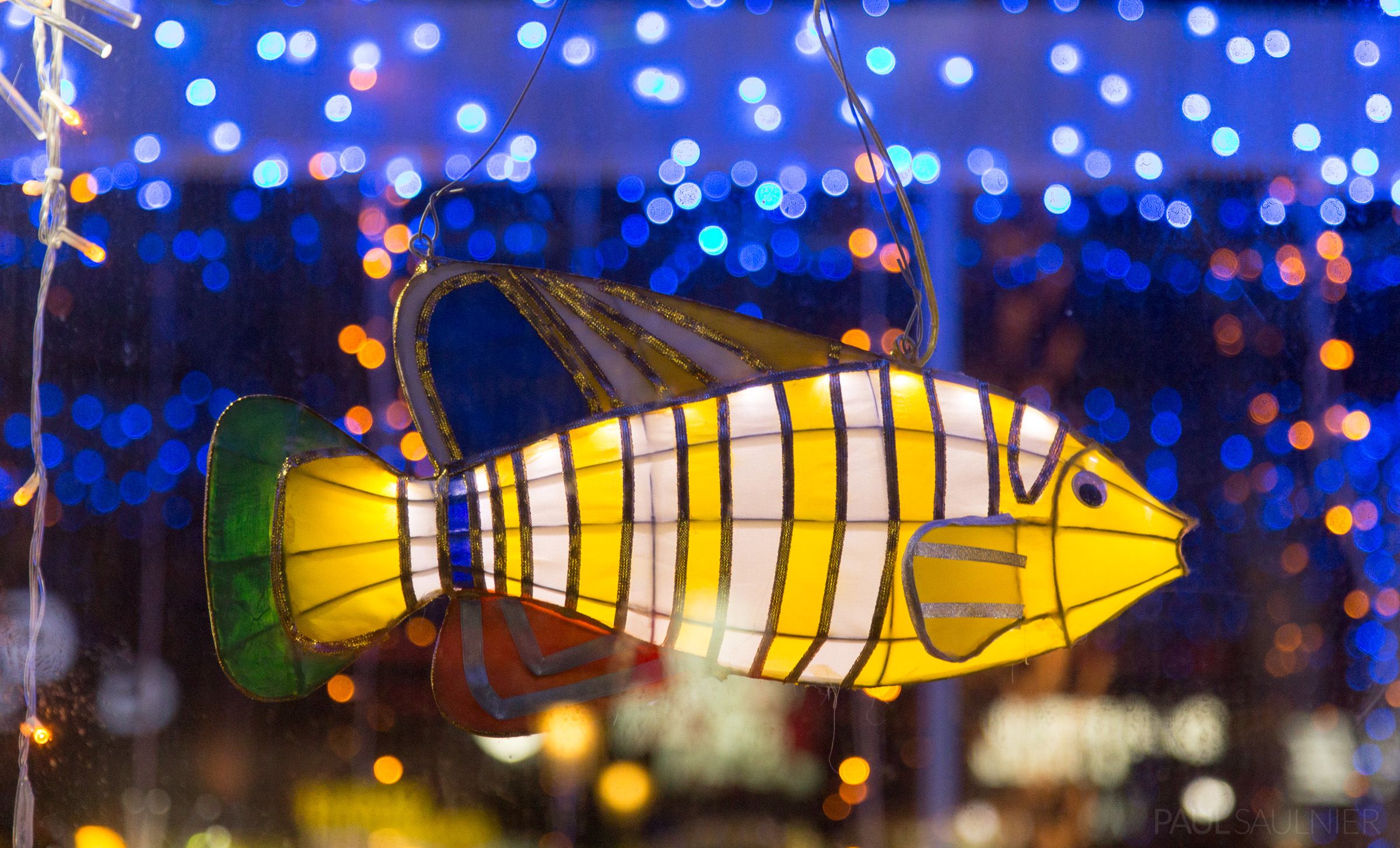 This fish decorates one of the windowfronts inside Sea World. 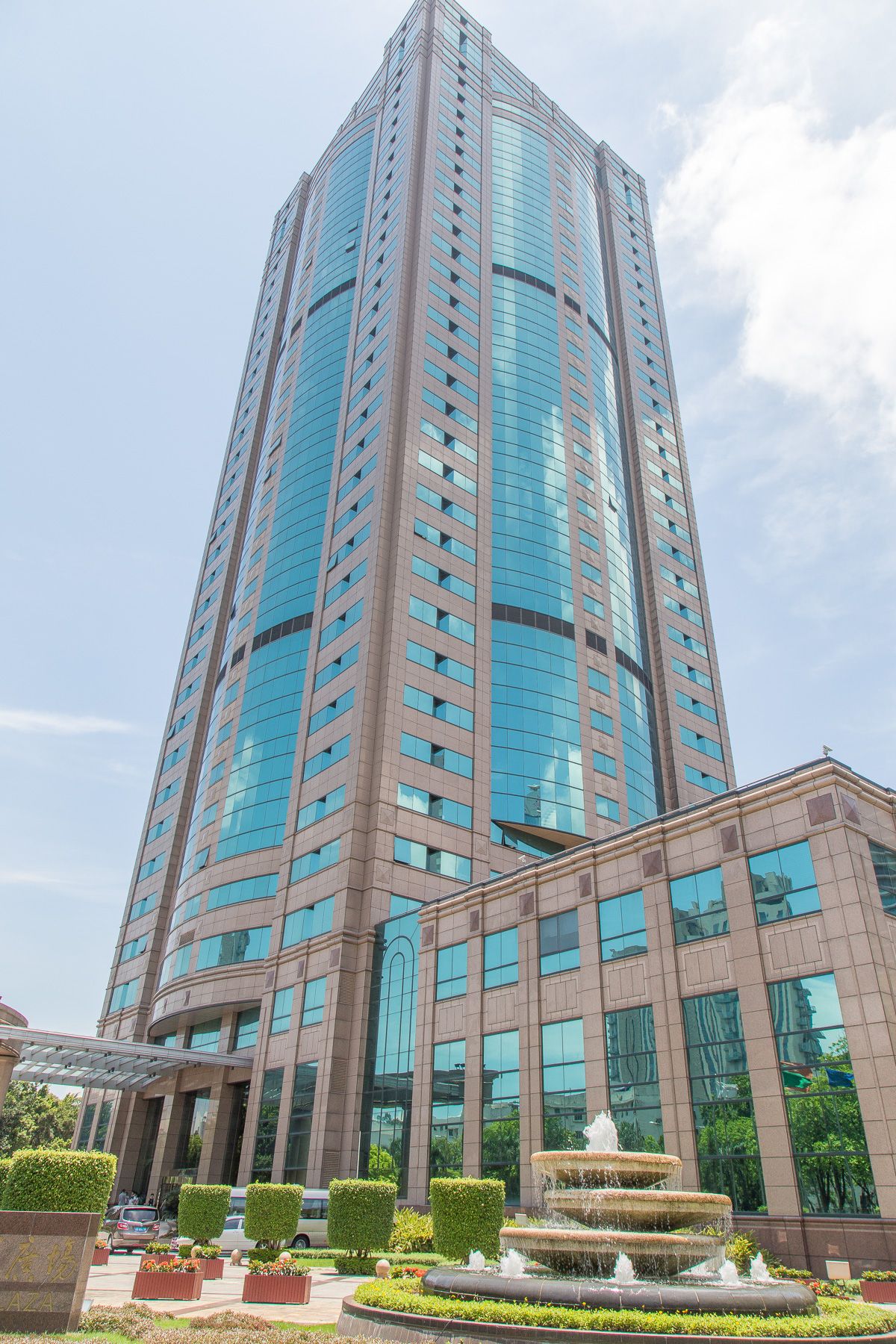 I worked out of one of the tallest and most beautiful office buildings in the area. 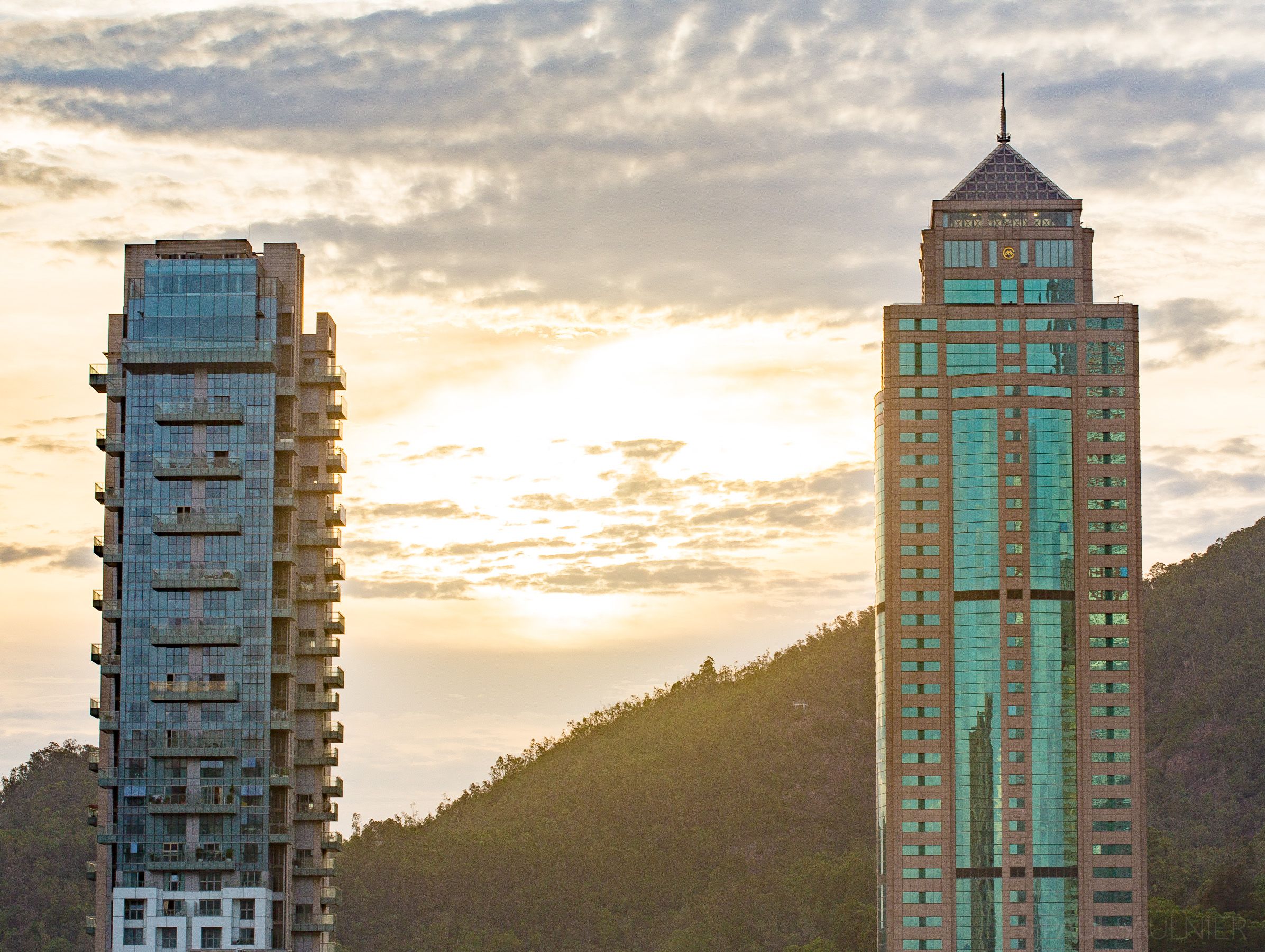 As Shenzhen expanded, many hills and mountains were simply “demolished” to make room for the city. 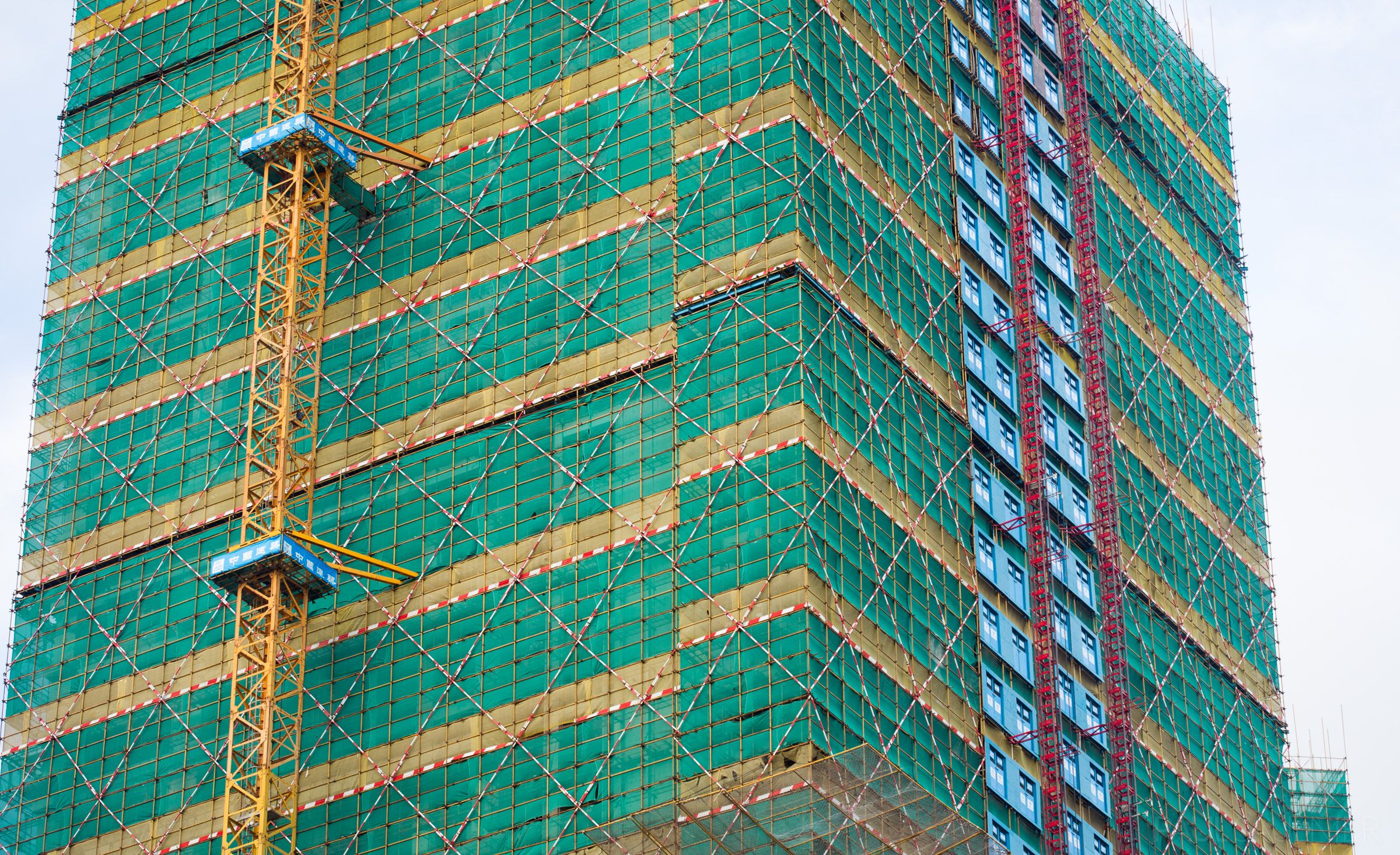 In many districts of Shenzhen, rapid construction of massive structures is ongoing. 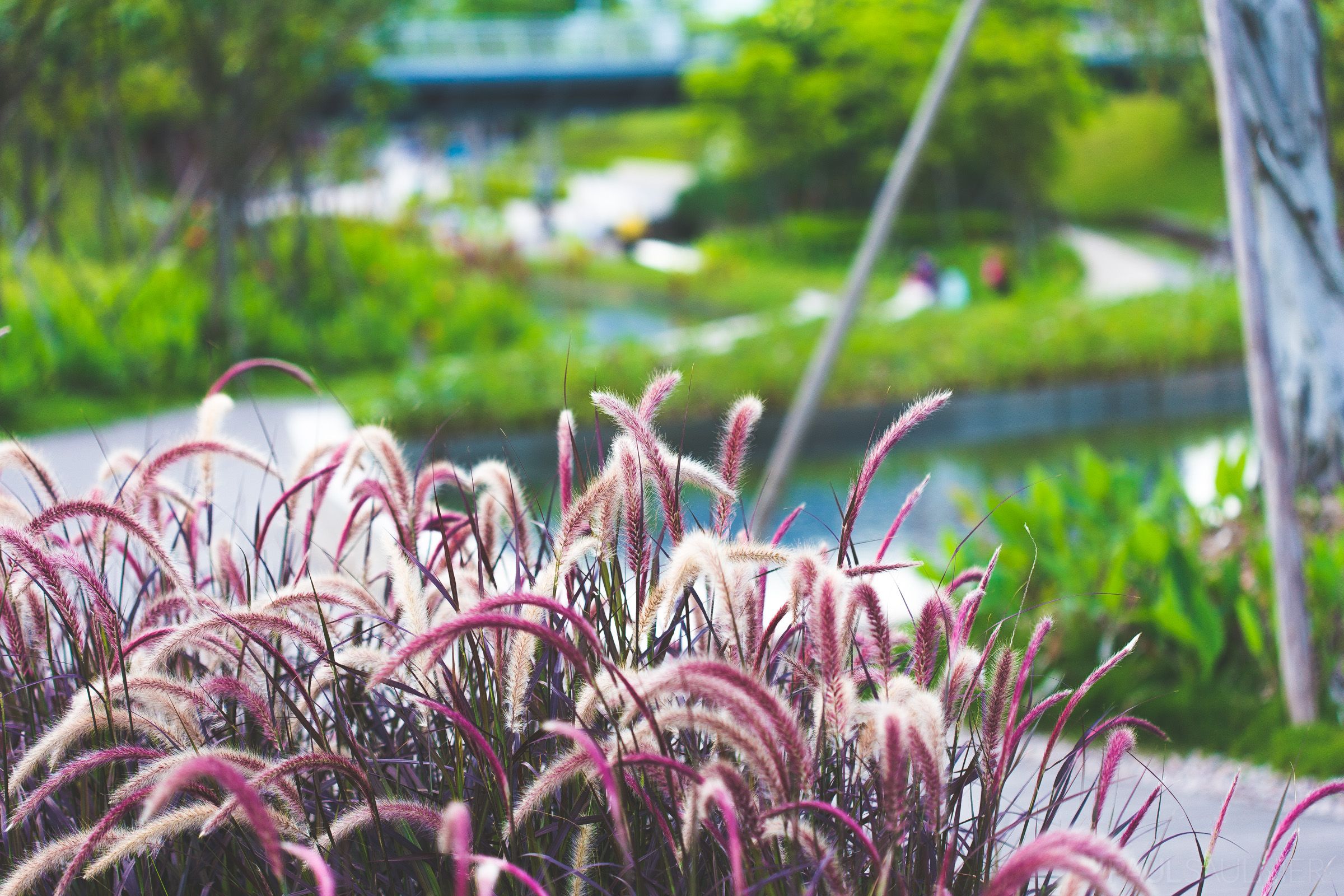 Many gardens and parks decorate the Shekou area.

From my hotel room, I could see this marina. The nearby Shekou Port connects Shenzhen with Hong Kong and many other cities. 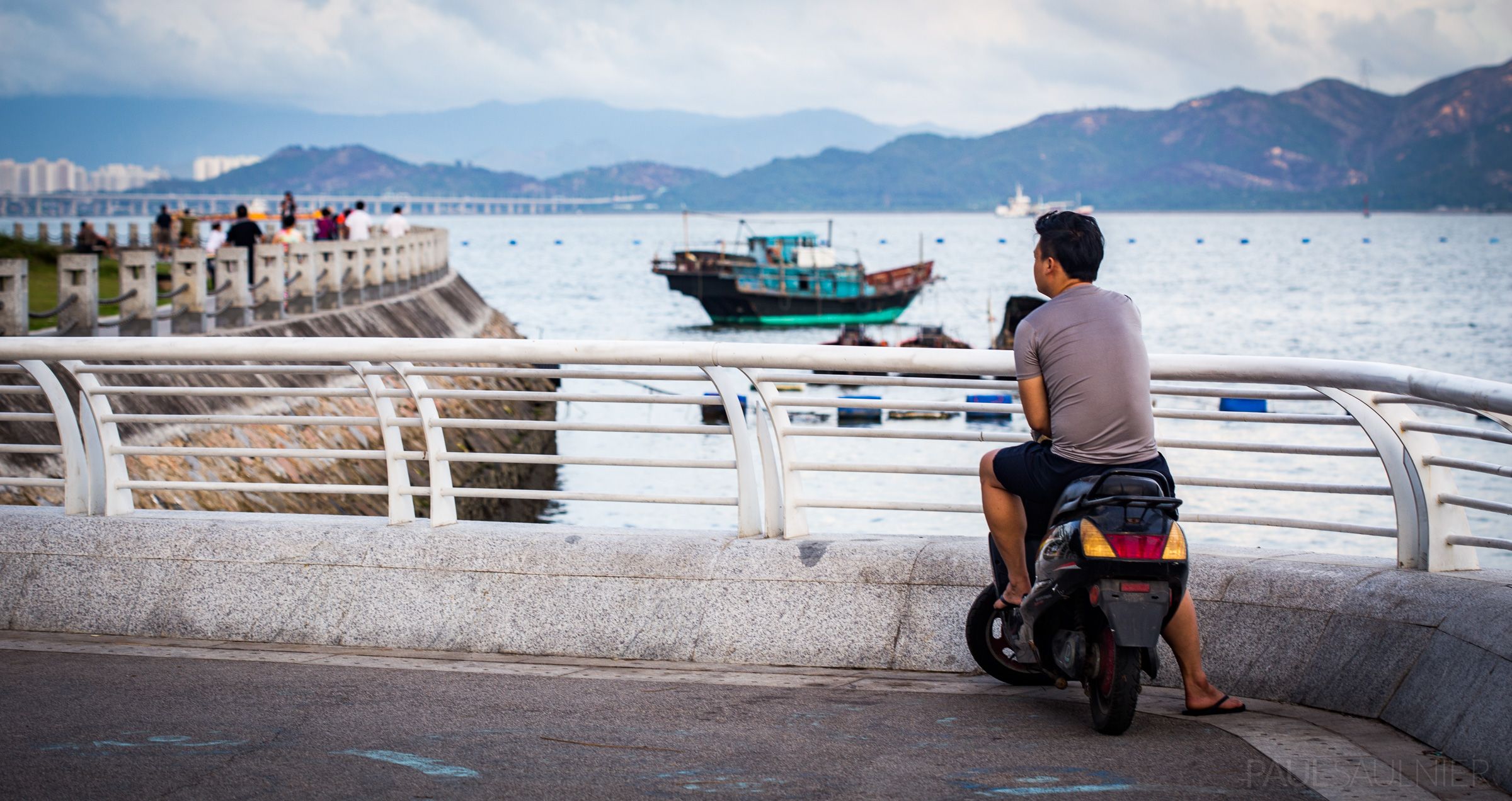 A pathway runs along many areas of Shenzhen beside the bay. One of Hong Kong’s islands is visible in the distance, not too far away. 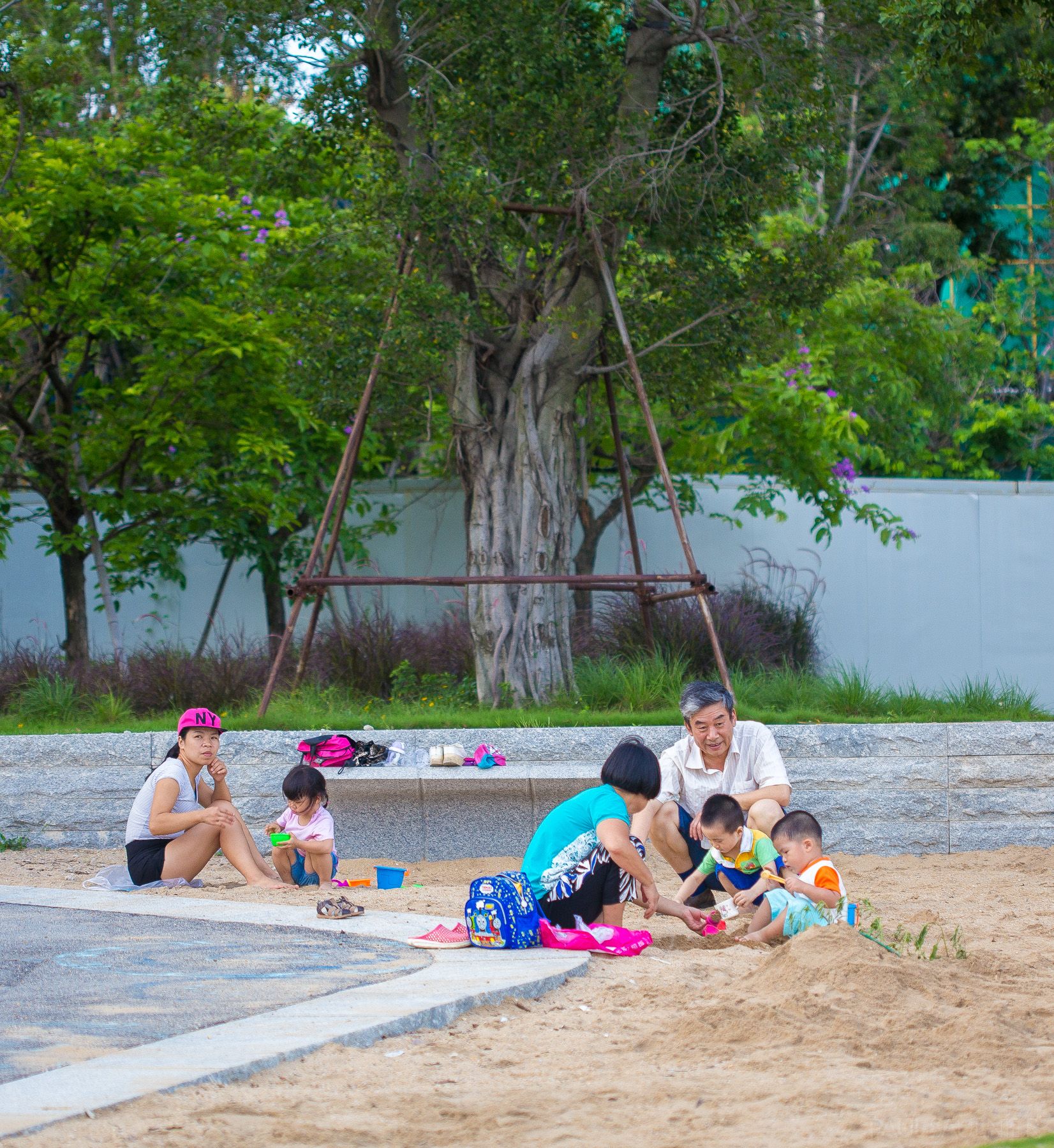 A family enjoys the park and playground area next to the sea. 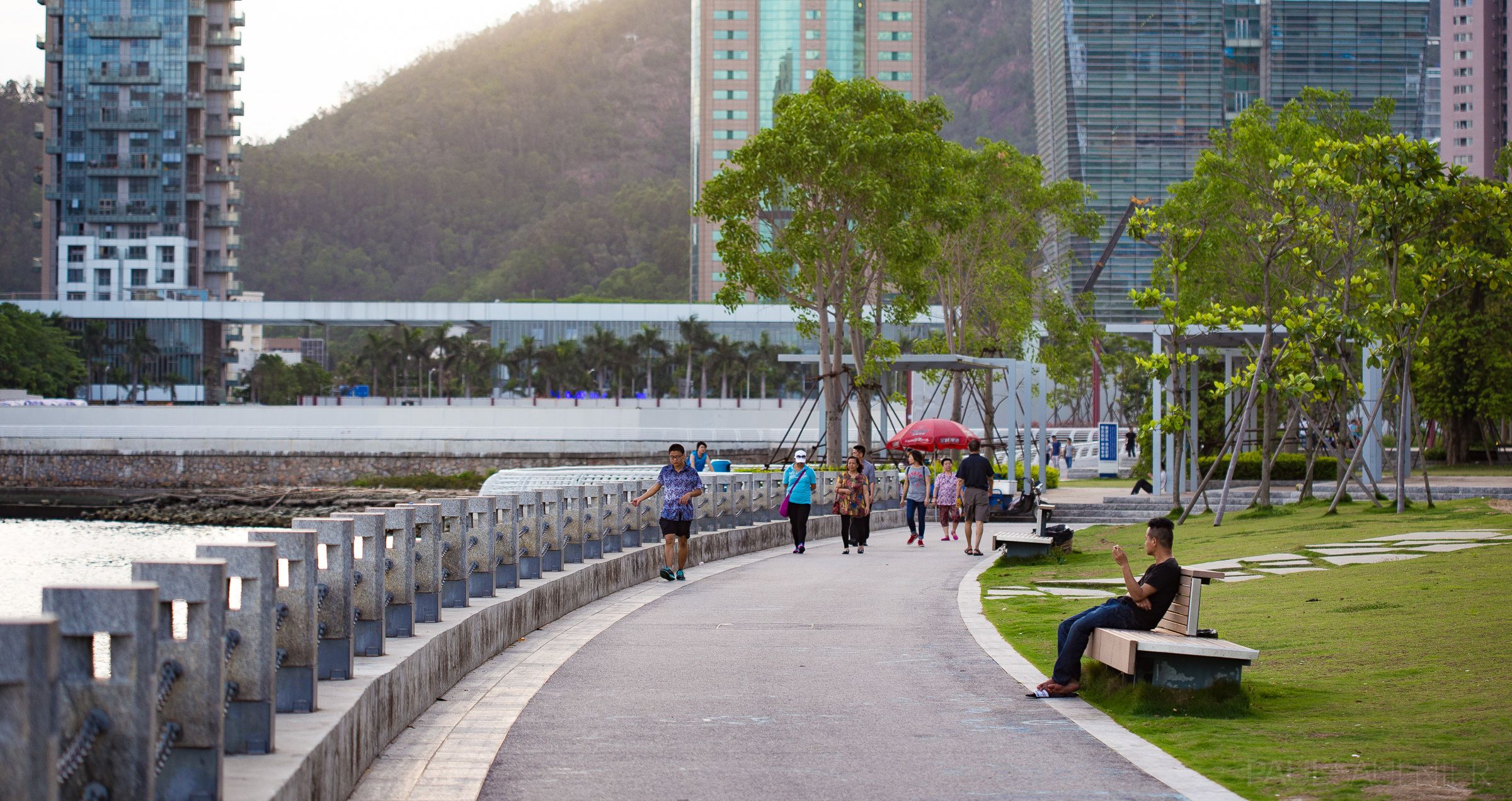 Many people were out enjoying the pathway. 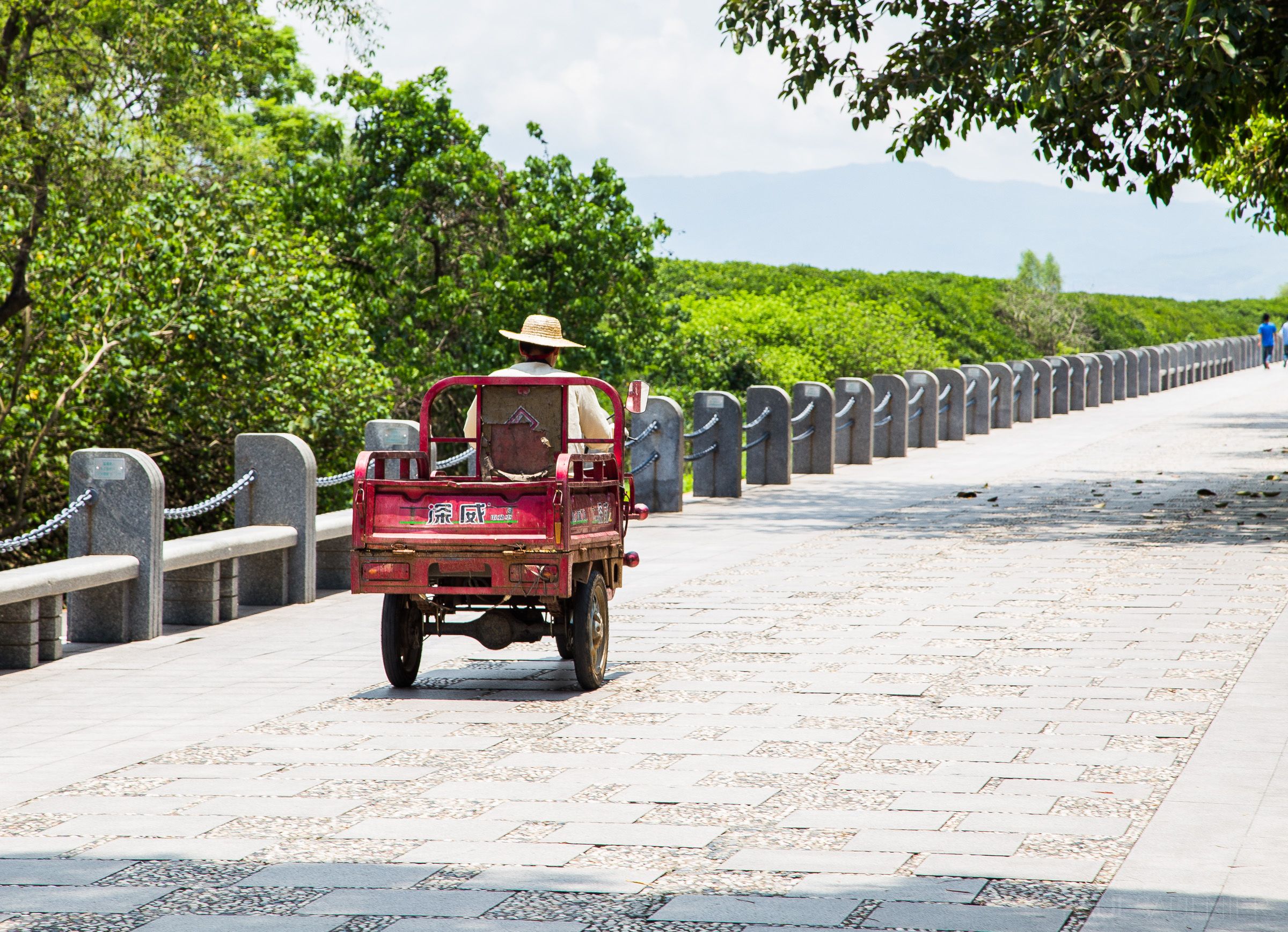 This man drives a small trailer into Mangrove National Park. This park is actually China’s smallest national park. Originally slated for development, an outcry from residents led to this area being protected instead. 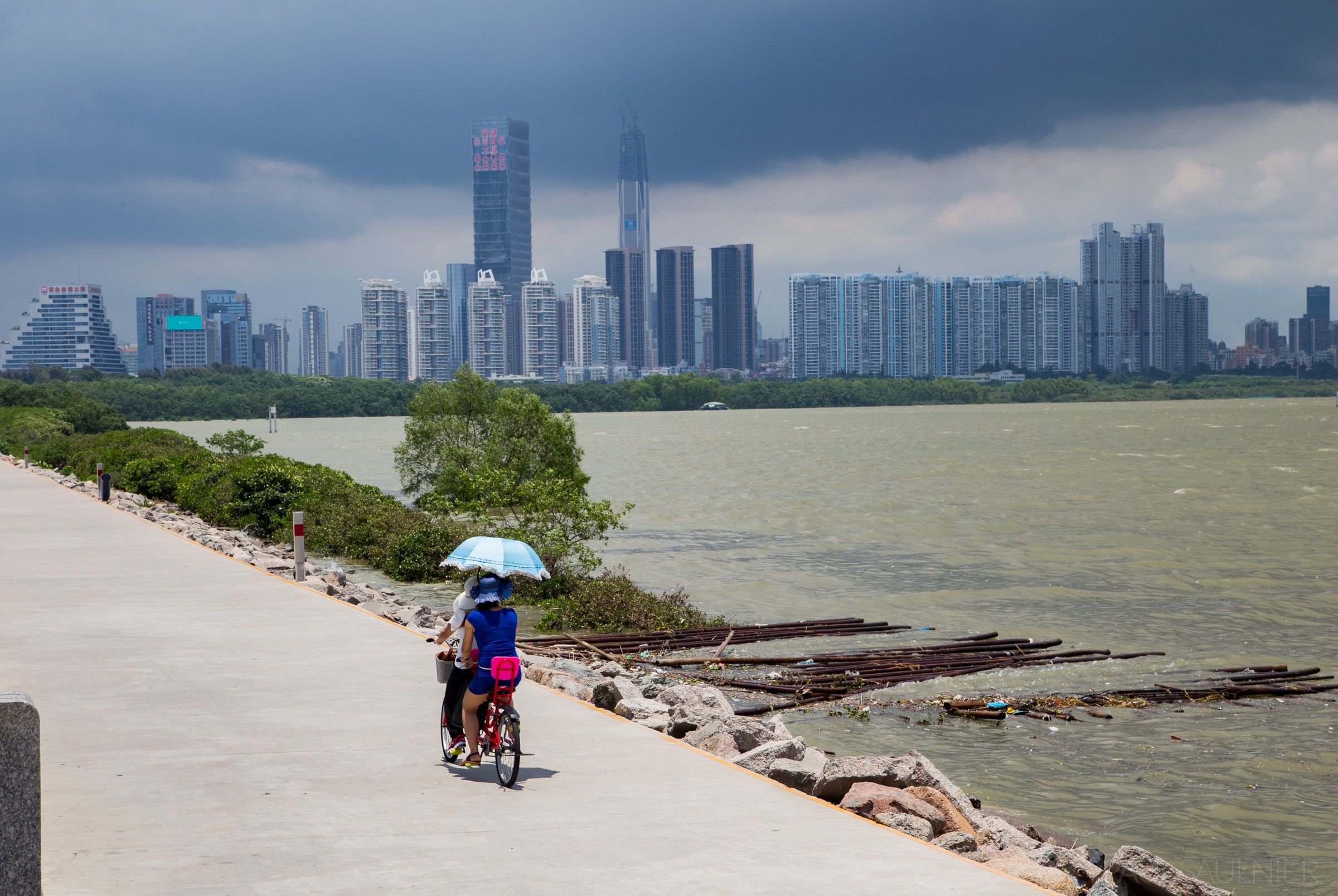 Dark clouds threatened severe storms, but none arrived while I was out. 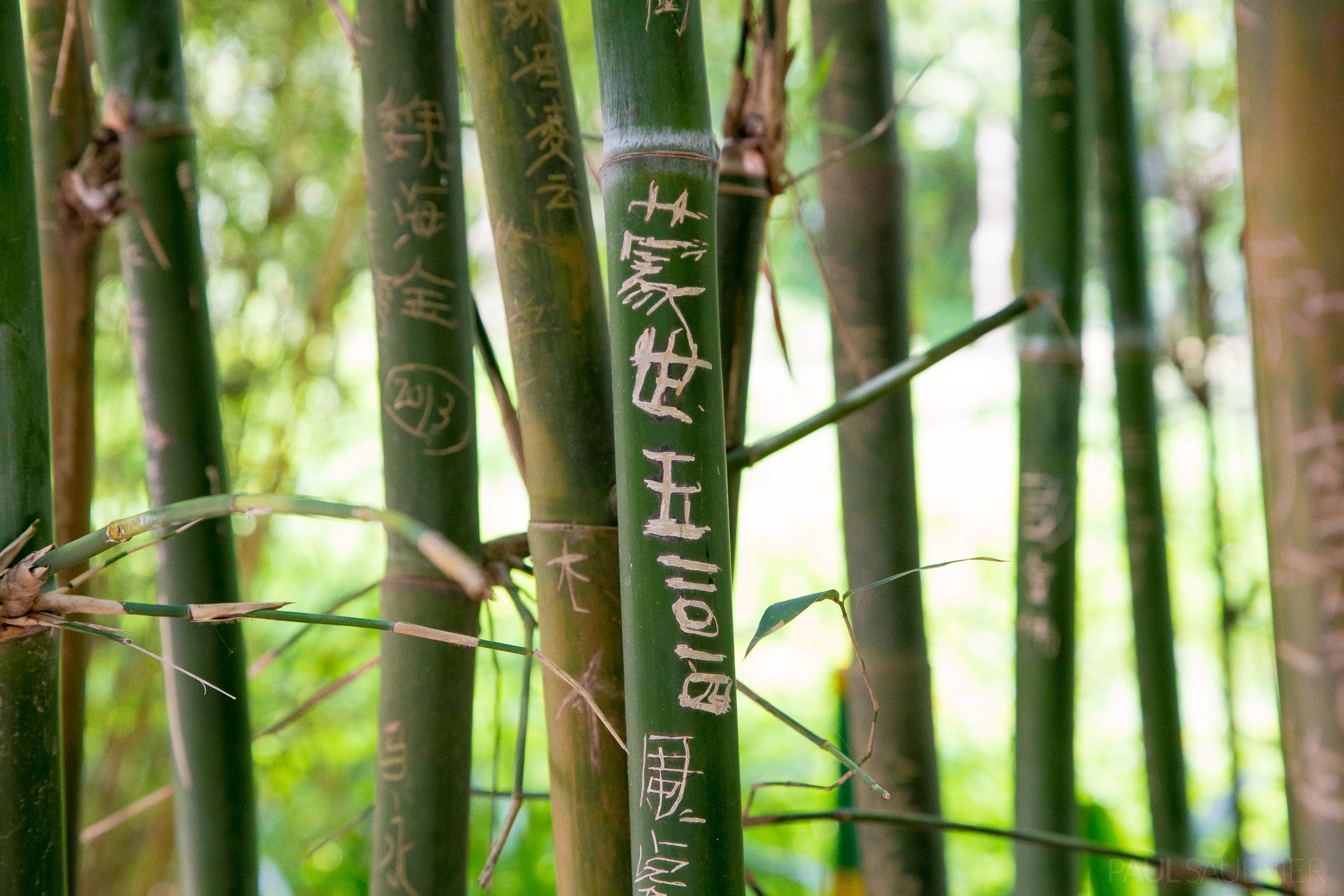 Inside the park, locals engrave messages into the tree stems. 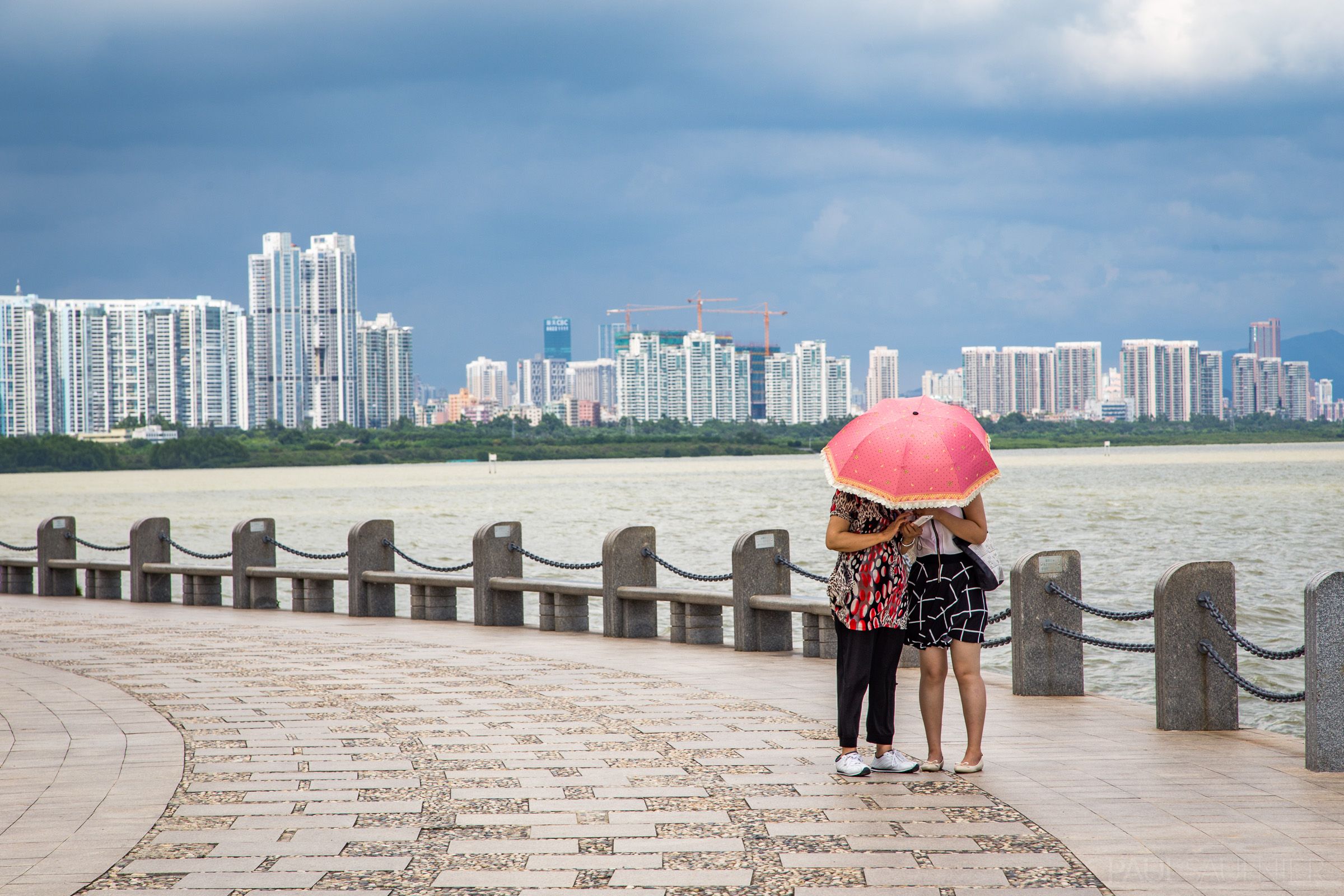 Many locals and visitors use umbrellas for protection against the sun, and also for the random rain showers that may occur. I usually didn’t bother with one though, since I needed both hands free for my camera. 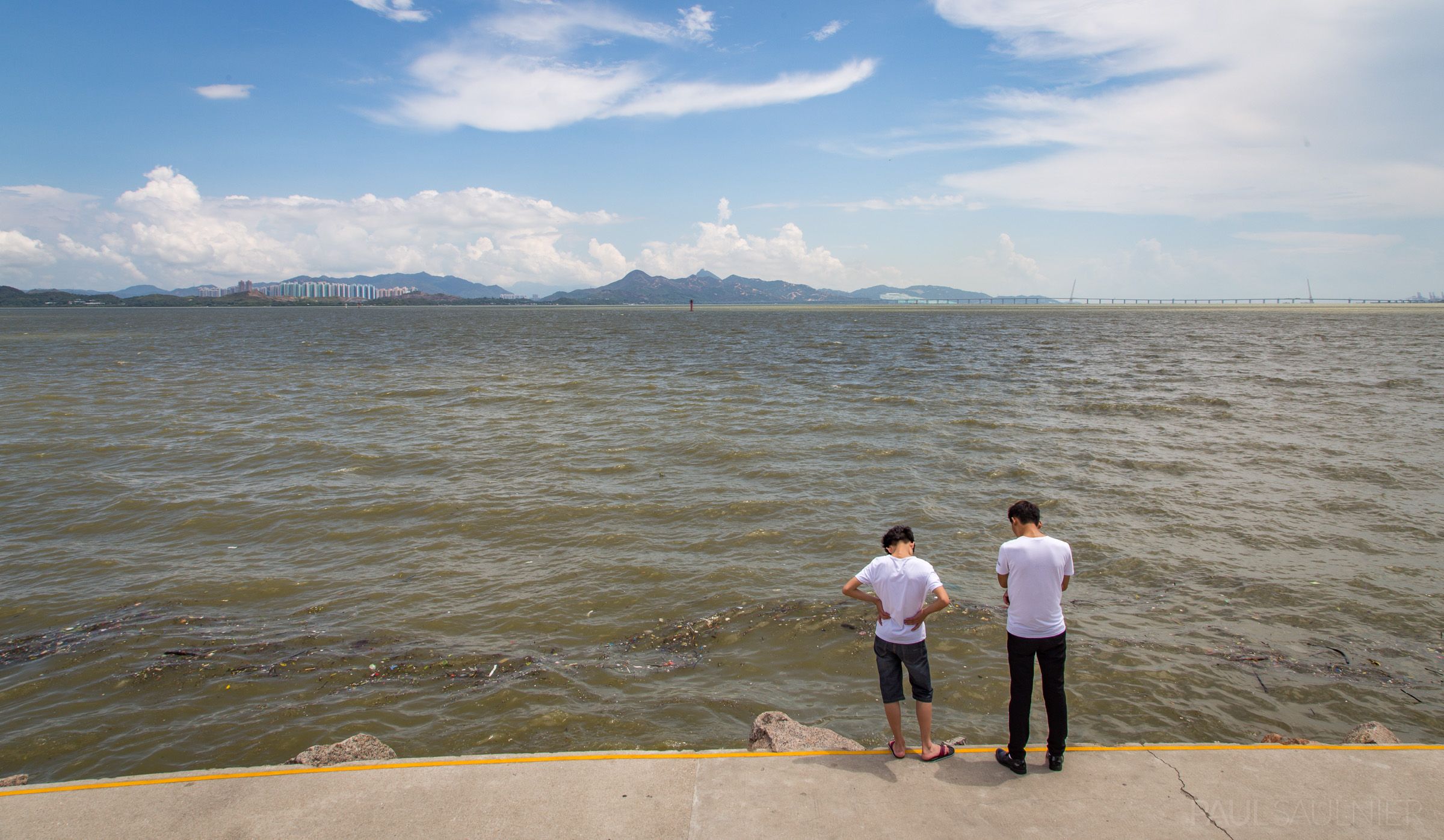 A couple looks out towards the bay. I suspect they both might be wearing white shirts to protect themselves from the hot weather. 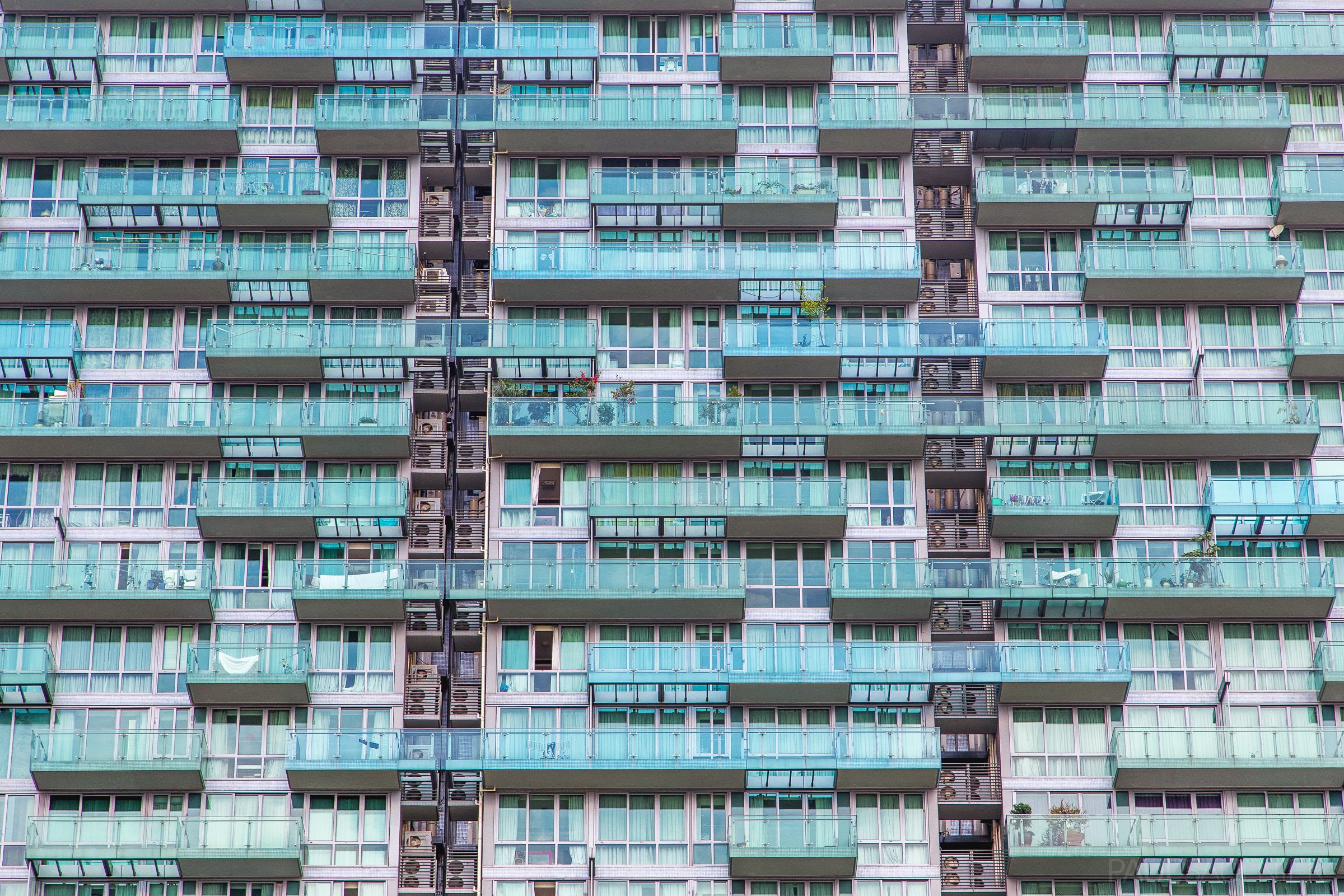 Not far from the national park, several large residences have been built, with more on the way. This type of architectural design and scale is quite common throughout the city. 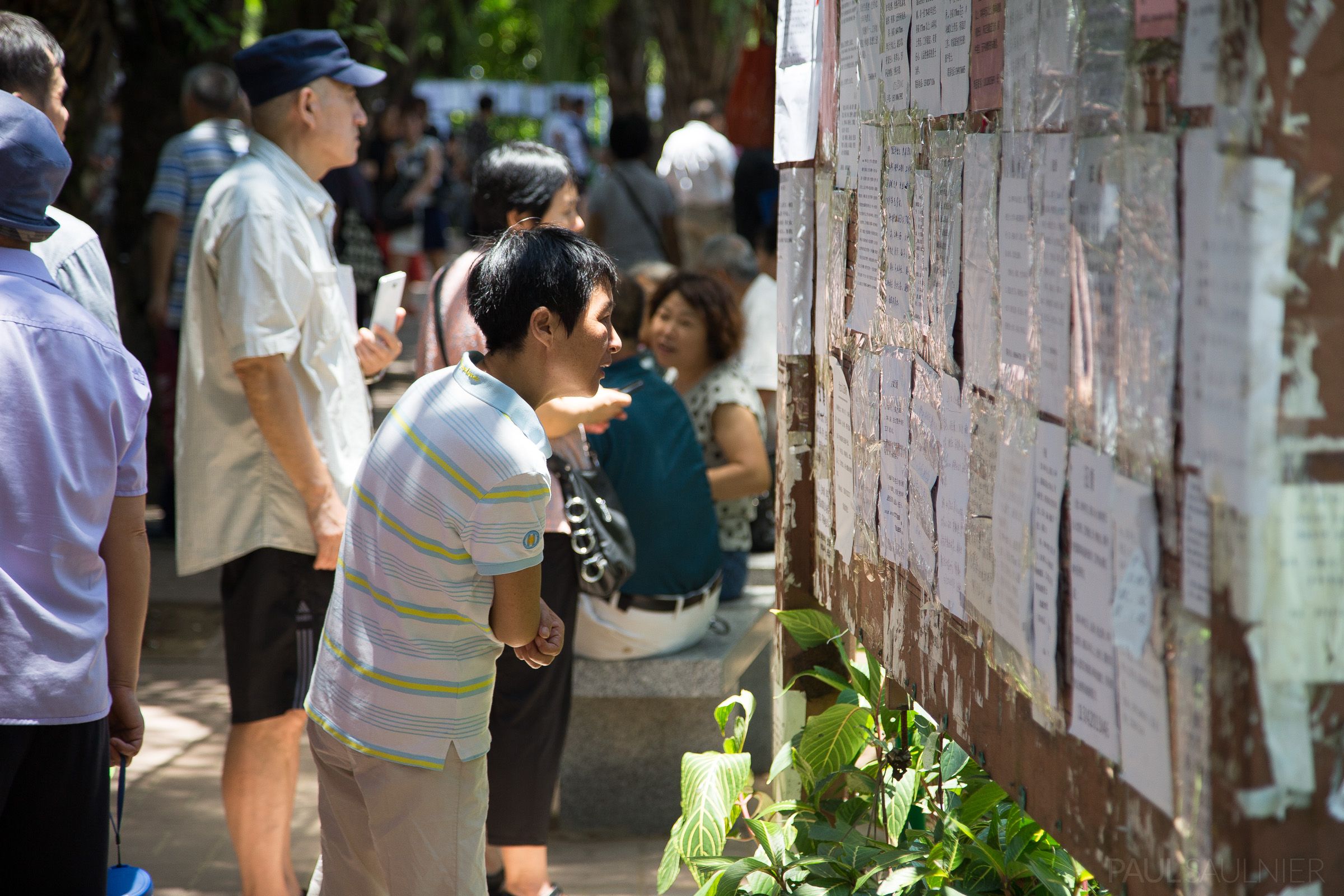 A local reads tributes or some kind of message on a bulletin board in Shenzhen’s Lianhua Park.