The 2013 Alberta flood was one of the worst natural disasters in Canadian history. Its effect on Calgary was widely reported, but outside the city, the town of High River was also severely affected with flood waters rising over the tops of cars in the downtown area. The entire town of 13,000 was evacuated for days.

The Wallaceville neighbourhood in High River sat next to the river, and was particularly hard hit. Officials believed that it would be very likely to flood again, and that it would be unsafe for habitation. Thus, the decision was made to remove all buildings and municipal services, and restore the area to a natural state. A couple holdouts remained in protest of the offers made to them, but by October 2015, all land was transferred to the province. Demolition of the final homes in the neighbourhood began promptly.

Back in the summer, I visited Wallaceville. At that time, which was 2 years after the flood, dozens of homes, some of them fairly new, a condo building, and several businesses were still standing. My visit felt a little surreal, since it is unheard of in Canada to see residential neighbourhoods “undeveloped”. That term doesn’t even sound natural, but it’s exactly what the government decided to do in this case. Most residents were reportedly the assessed value of their home, just before the flood. 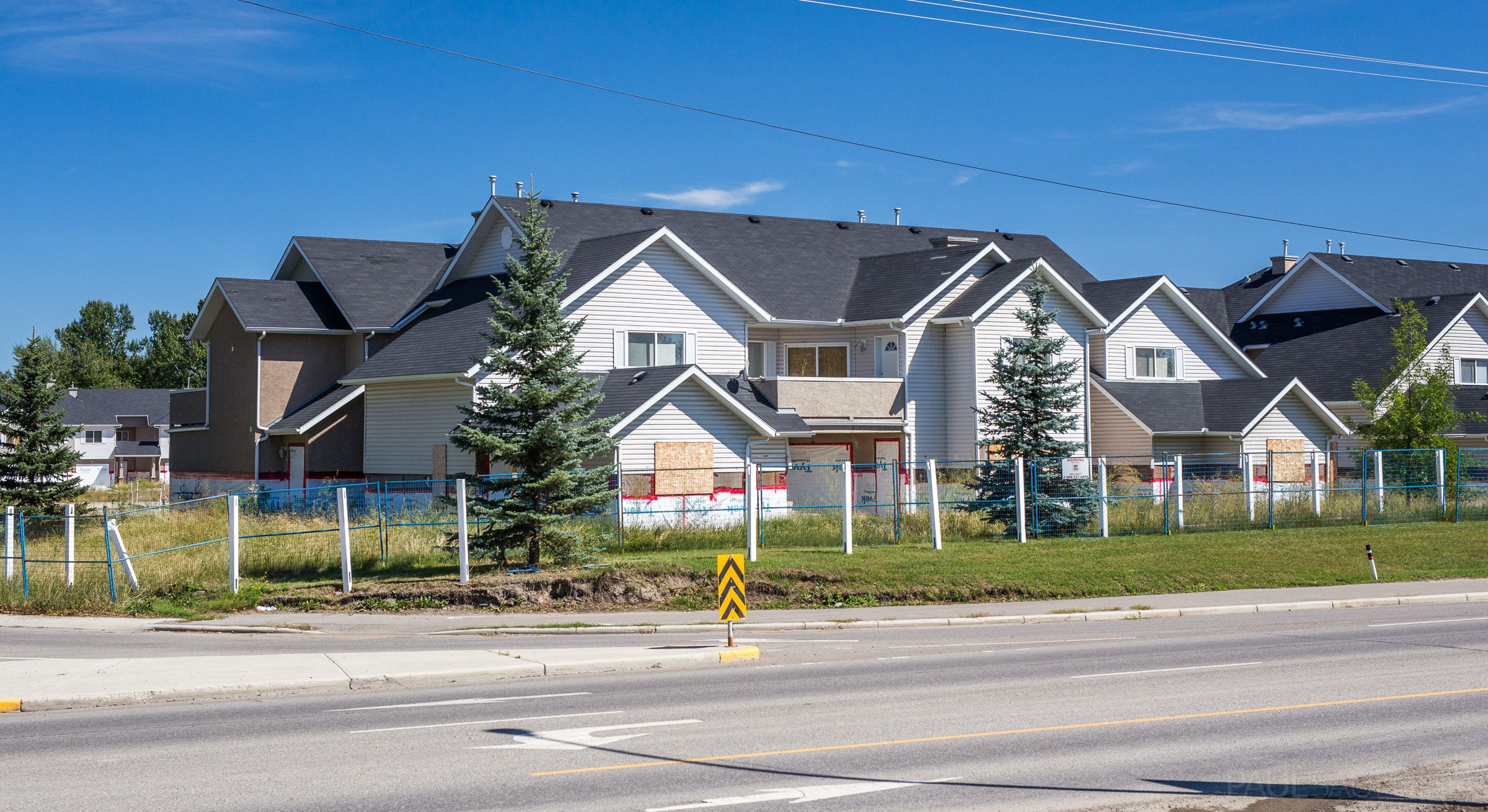 Things didn’t look too unusual from the road, except for the boarded up buildings, and gates.

The neighbourhood has unsurprisingly fallen into a state of disrepair so quickly. Lawns have become hay fields. This house still has Christmas lights hanging from it. 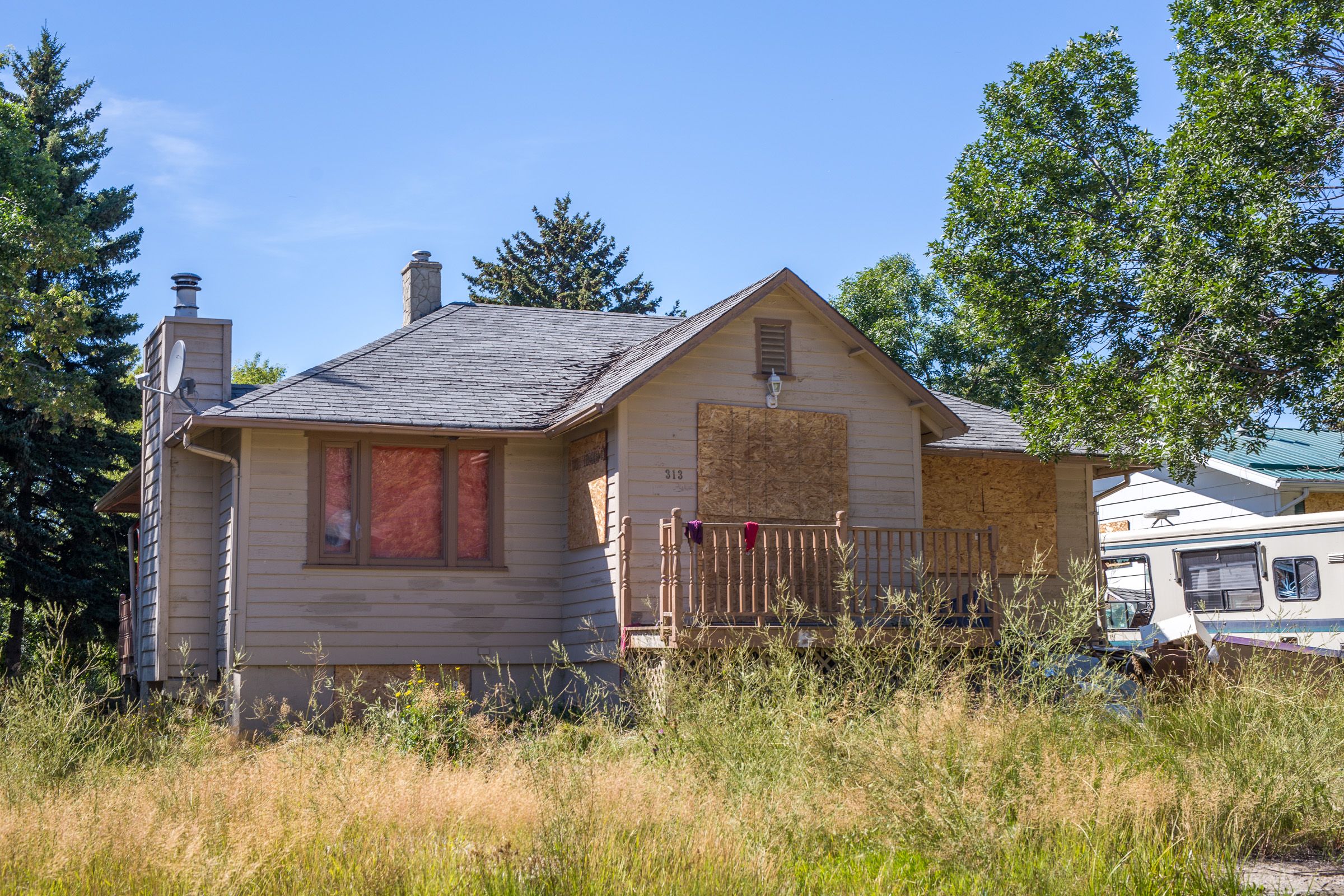 Most windows on the homes were boarded up. Satellite dishes remain intact on many houses, which surprised me, since I thought those could perhaps be salvaged. Beside this house, an RV sits abandoned, as it was also damaged by the flood. 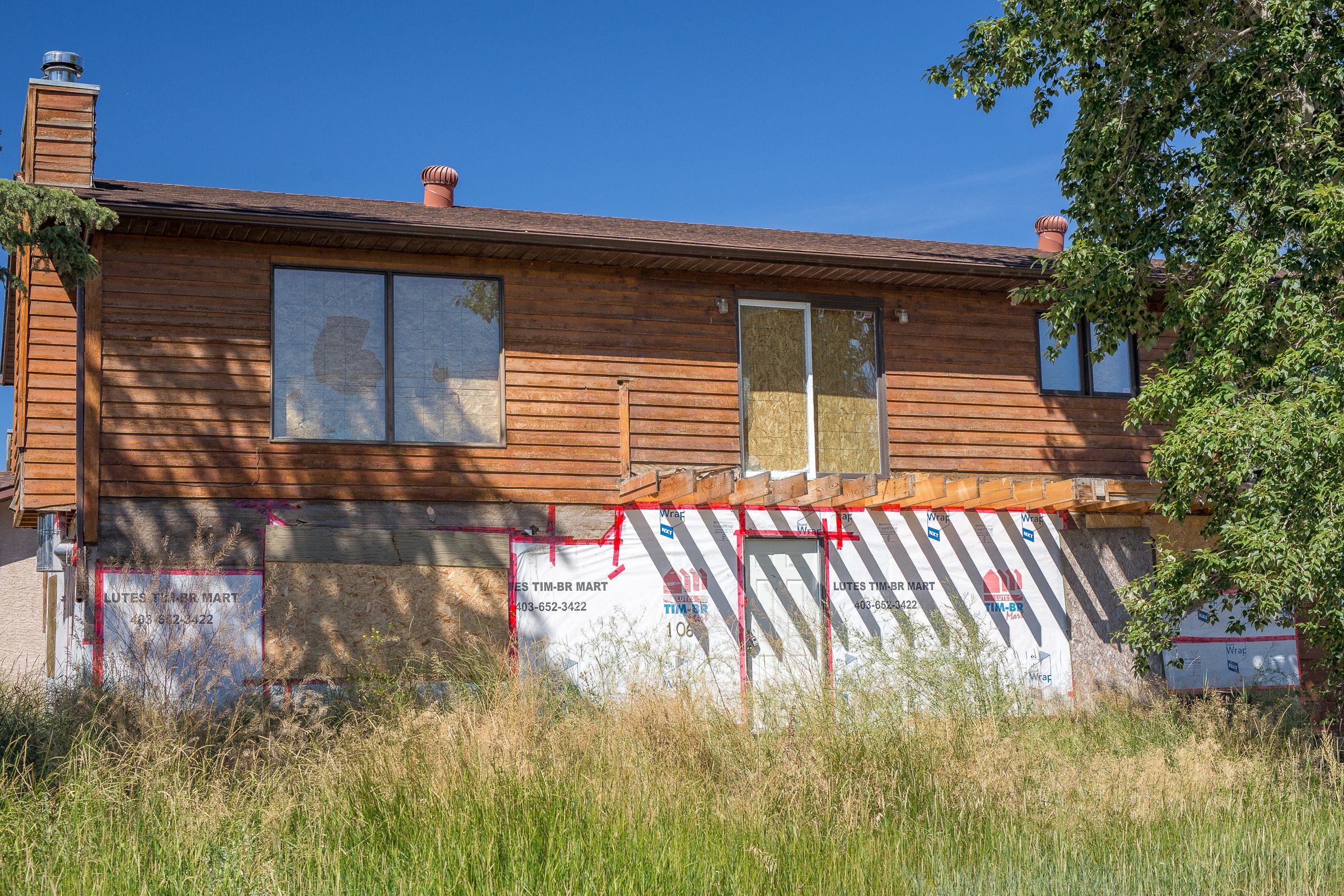 On some homes, it appears that deck wood has been stripped. Renovations to homes were started, but not finished. The yards seemed to have been landscaped again after the flood, but then later abandoned as residents moved out. You can also see here that some windows were boarded up from the inside, as preserving the windows 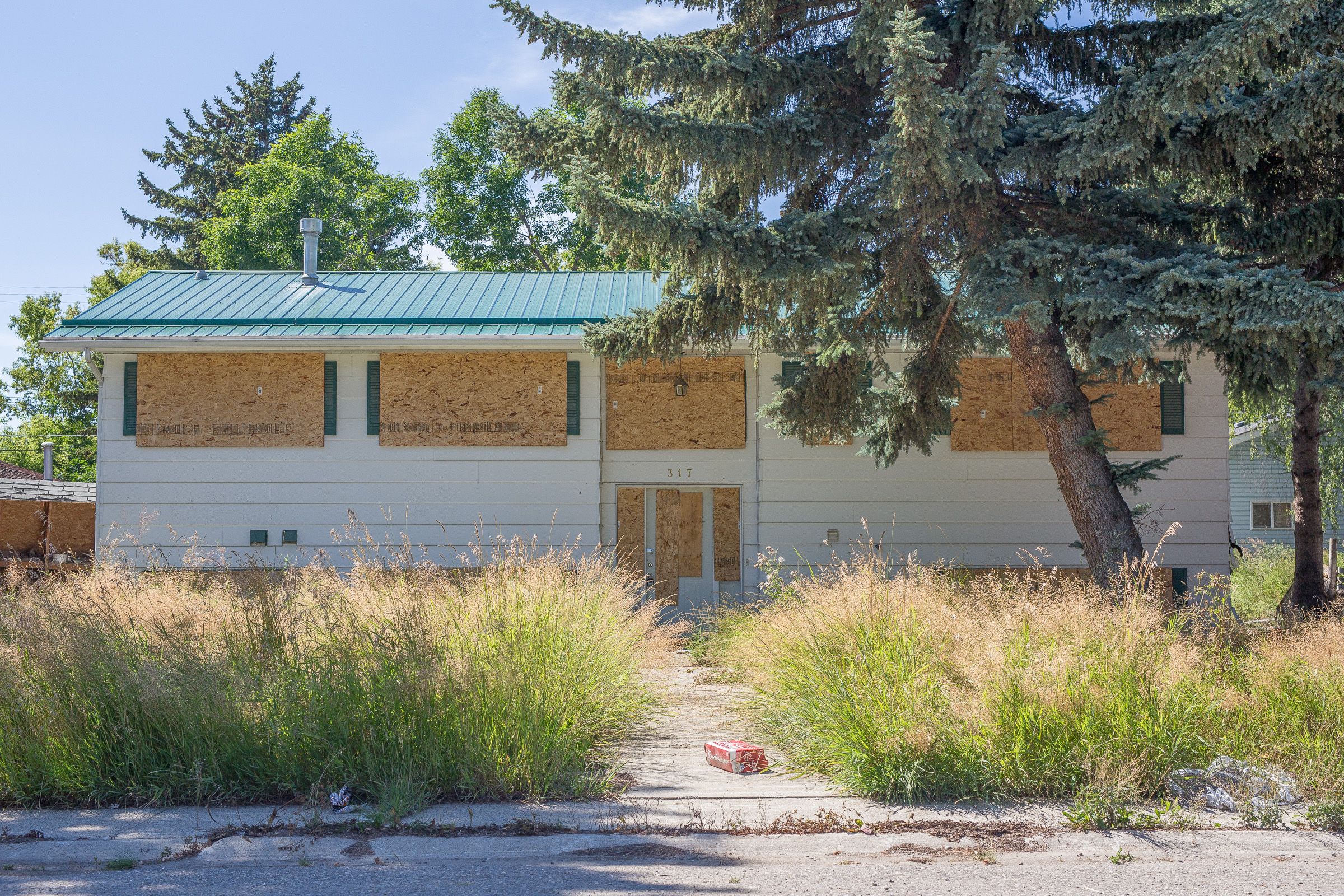 Aside from the boarded up windows and door, the structure of this house looked most normal to me. A beer box remains discarded on the front walkway. 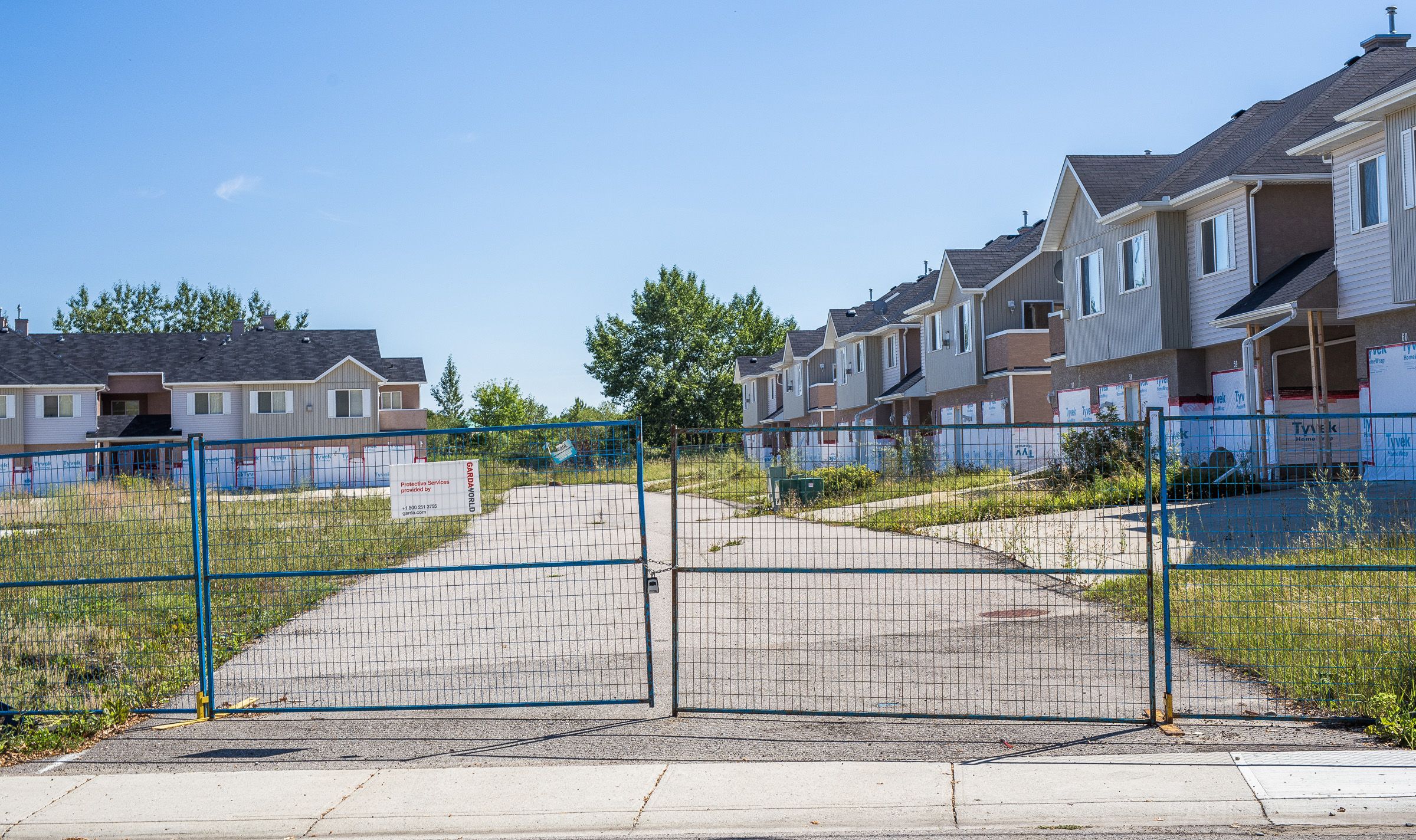 A gate prevents access to this part of the neighbourhood. It appears that repairs had begun on the lower levels of these homes, but they switched at some point to simply blocking off the garage entrance. 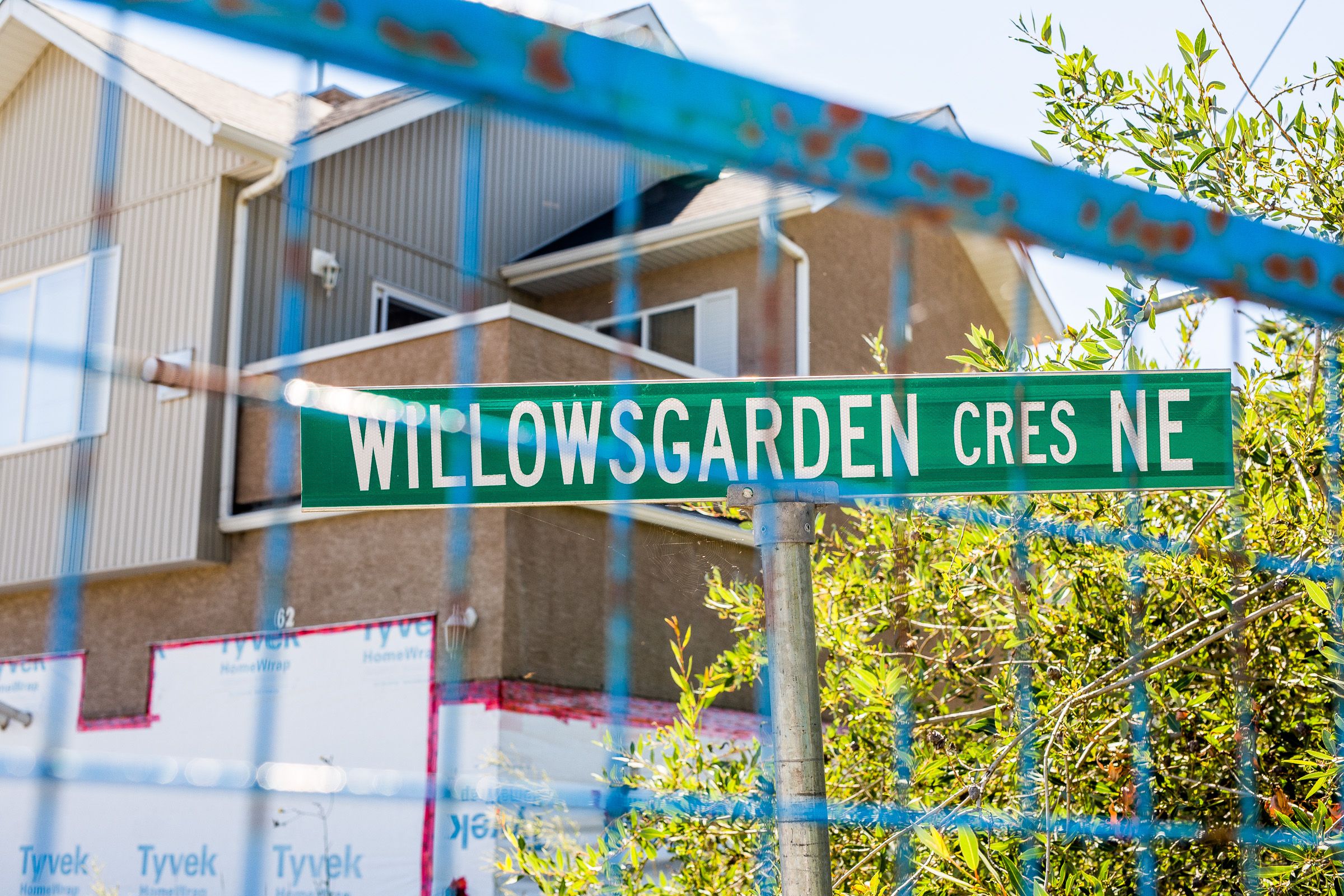 This street will cease to exist, at least in this location, but perhaps an actual garden will be constructed here in the future. 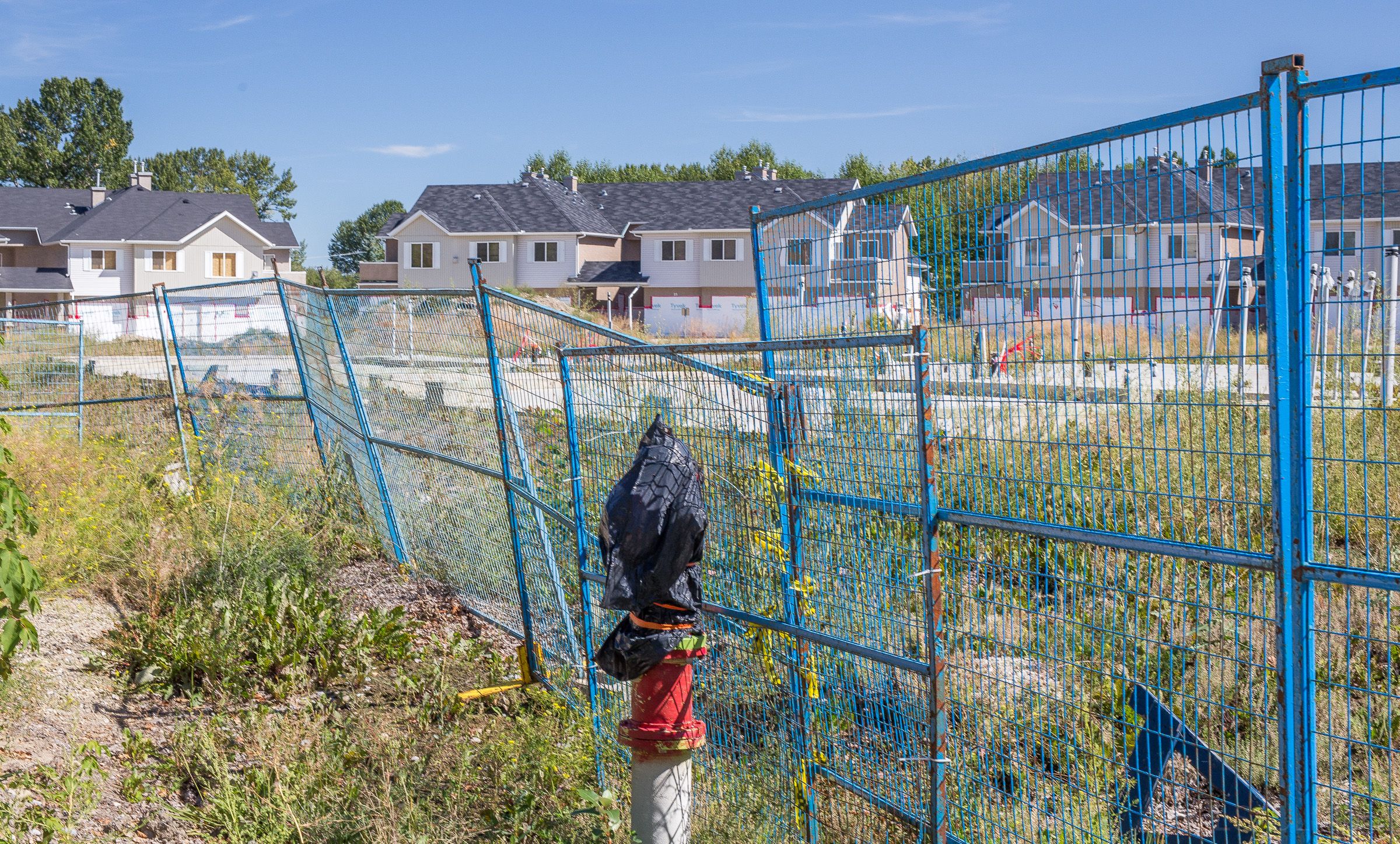 The fire hydrant is blocked off for now, but the infrastructure for it will eventually be removed entirely (if it hasn’t been already). 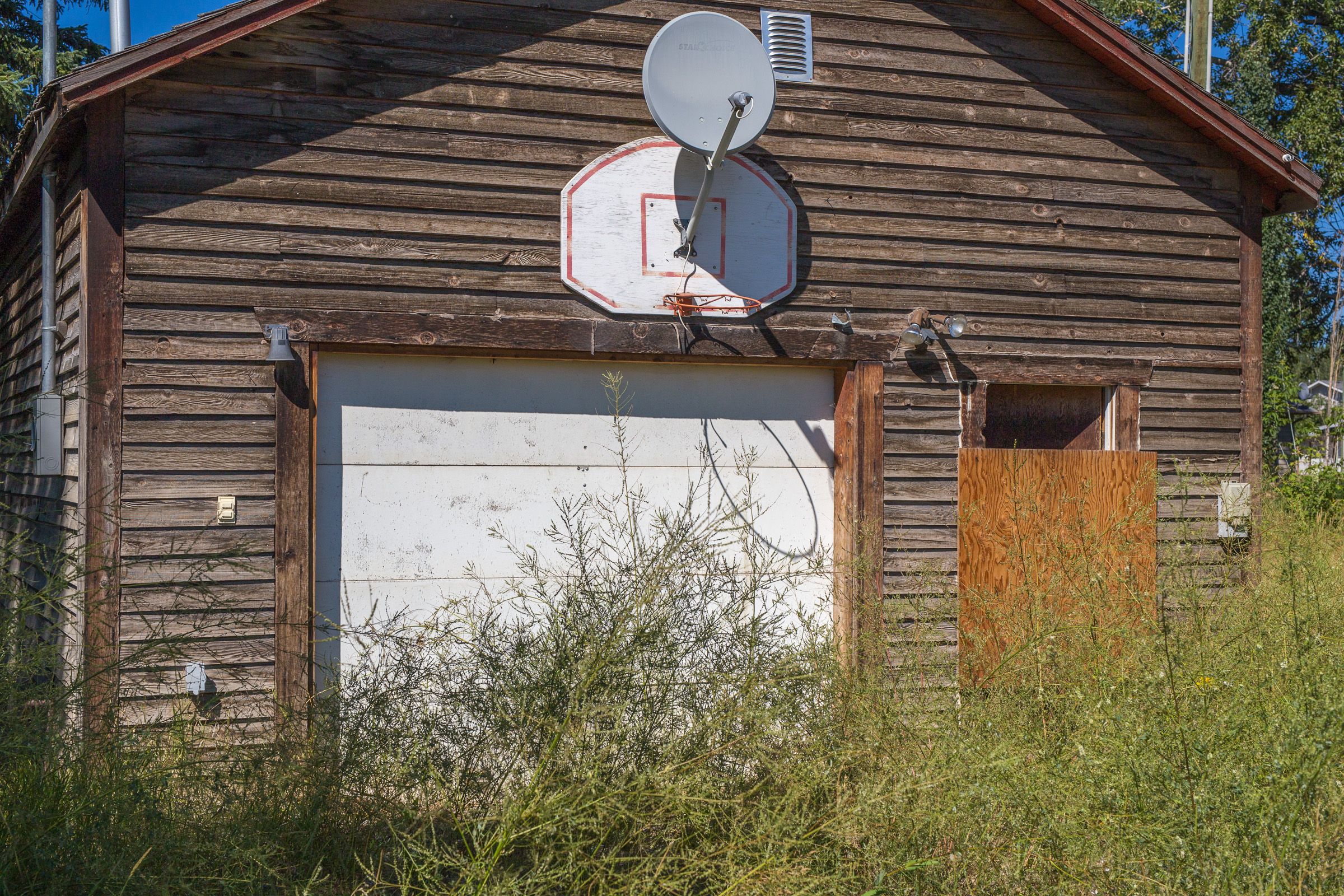 The days of basketball in this driveway are definitely over, though perhaps they ended some time ago with the installation of a satellite dish above the hoop.

Next to Wallaceville were several businesses, which will also be demolished.