I visited Las Vegas for the first time earlier this year for a quick long weekend trip. Many people I know in Calgary have already gone many times, so I’ve heard a lot. 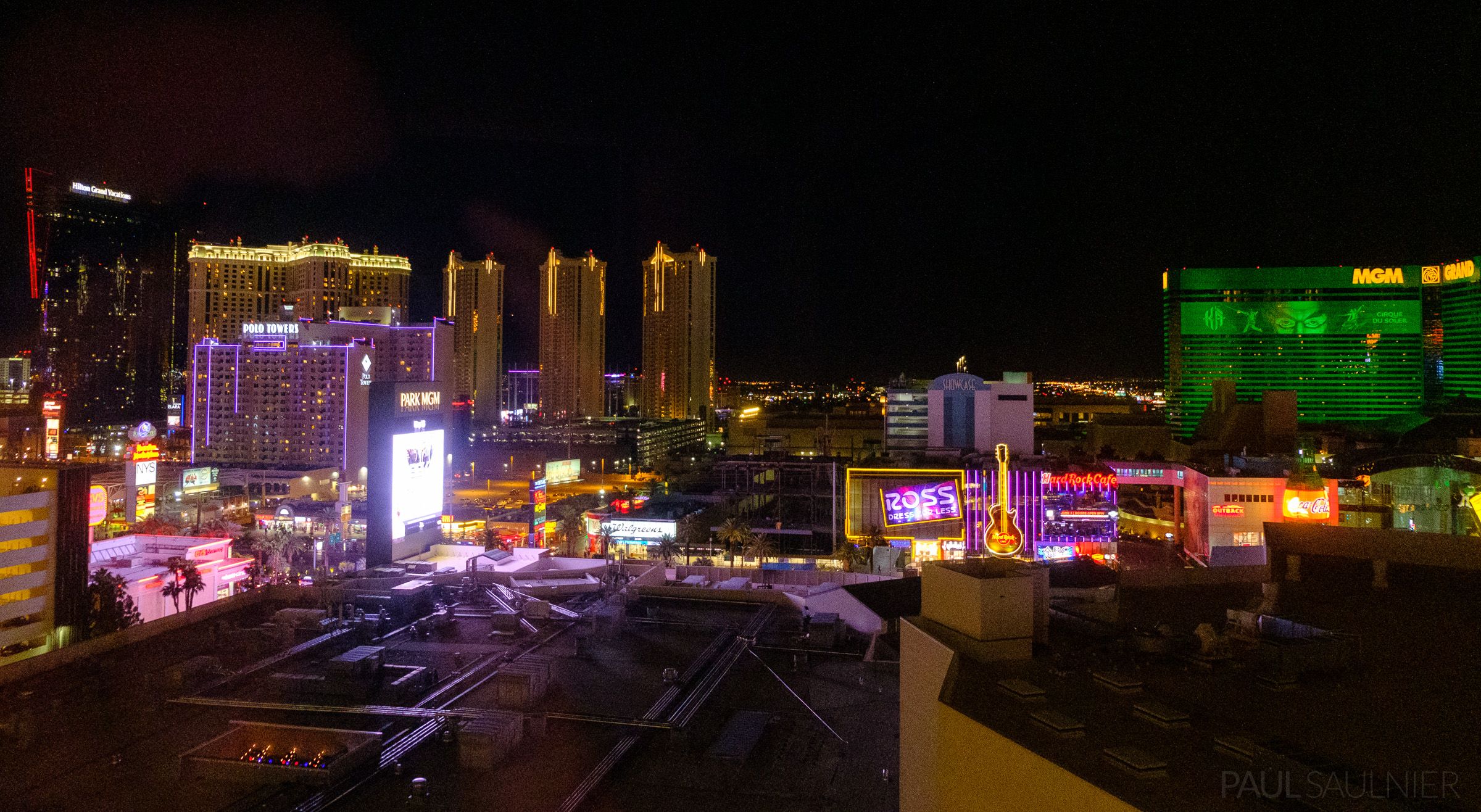 My room at the Park MGM Hotel had a view of the strip. The roof below is actually the casino, which you must walk through every single time you wish to access the strip by foot. Across the street on the right is the MGM Grand Hotel, which is the world’s third largest hotel right now (previously the largest) with 6,852 rooms. 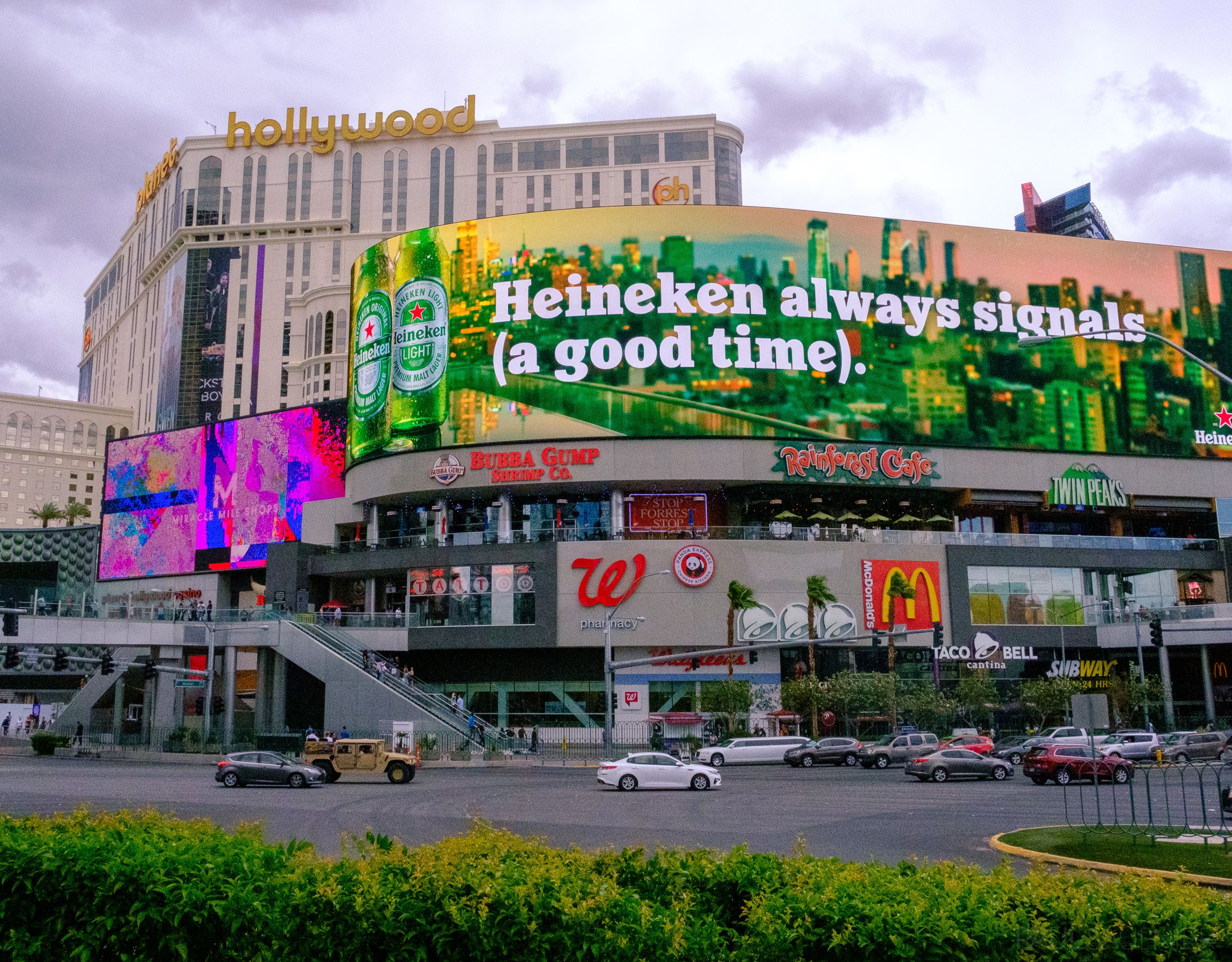 There are very few crosswalks along the strip, so the only way to cross the street is by using pedestrian overpasses, which are found every couple of blocks. The amount of brands in this photo and elsewhere on the strip makes me think of Vegas as the strongest dose of present day Americana that you can find anywhere. 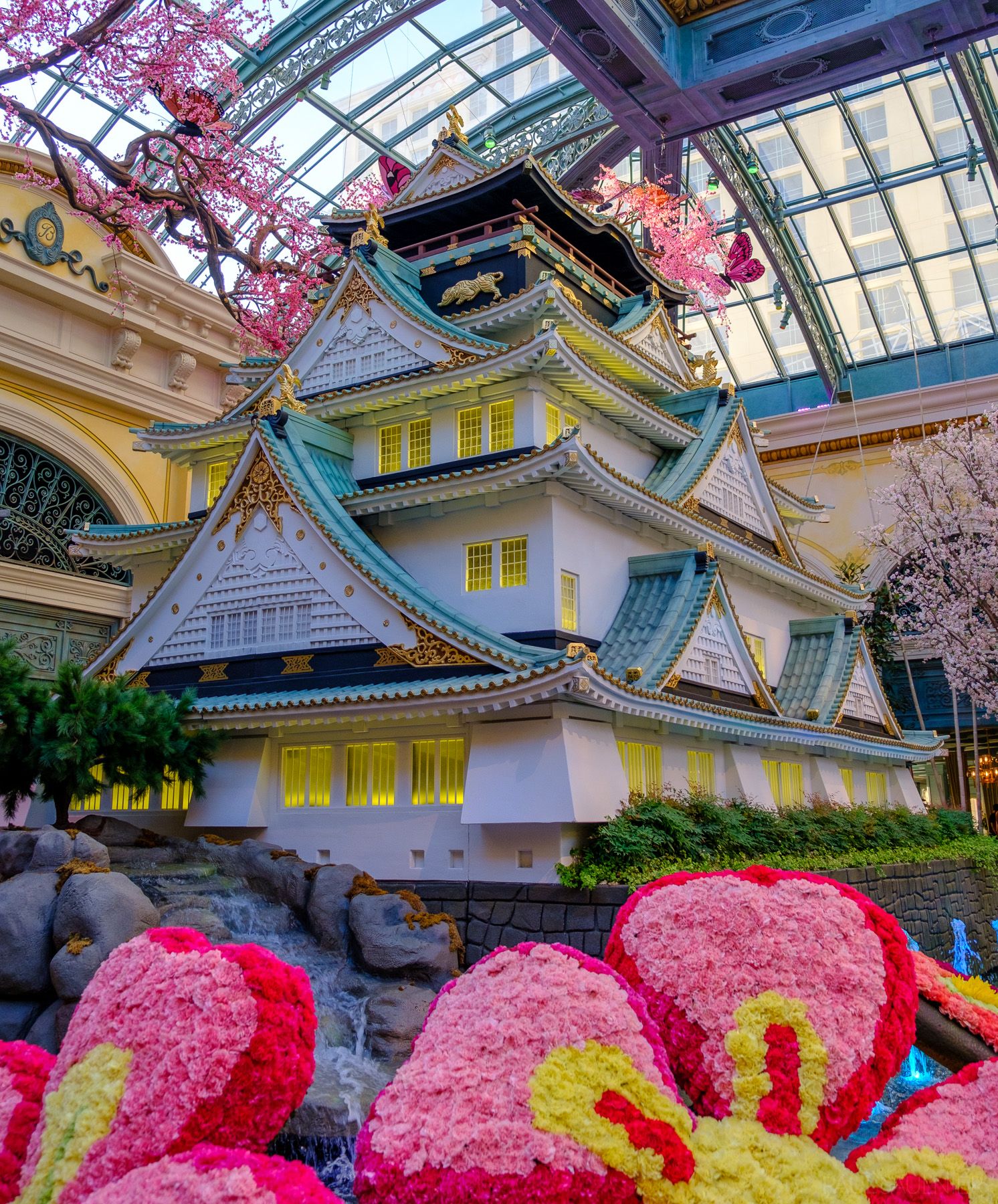 The Bellagio Hotel has a replica of the Osaka Castle, which I just saw last year in Japan. Las Vegas has recreated many world landmarks as scale replicas either inside some of the hotels, or outdoors.

The Bellagio is one of the most luxurious hotels on the strip. and features a constructed waterfront. 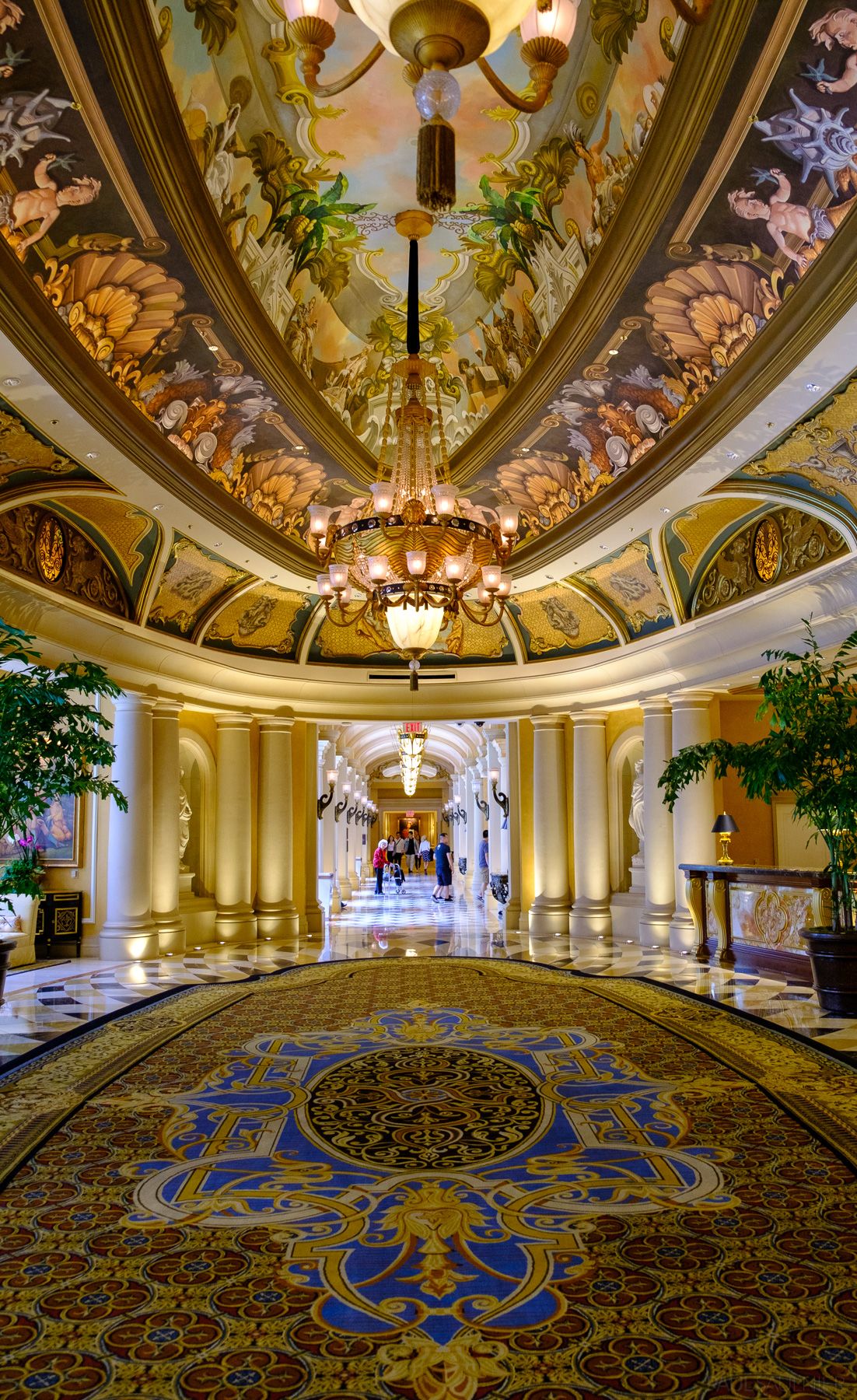 The hotel interiors are often immaculate, taking inspiration from or directly recreating popular artwork from around the world.

Gondolas are available inside and outside the Venetian Hotel. This resort is currently regarded as the world’s second largest hotel with 7,092 rooms.

You can watch big entertainment acts every night of the week in Las Vegas. Dramatic, large billboards are everywhere.

The High Roller Ferris Wheel is currently the world’s tallest, and takes 30 minutes to complete one full revolution. The Ferris wheel features 28 glass-enclosed cabins, each of which can hold up to 40 people! 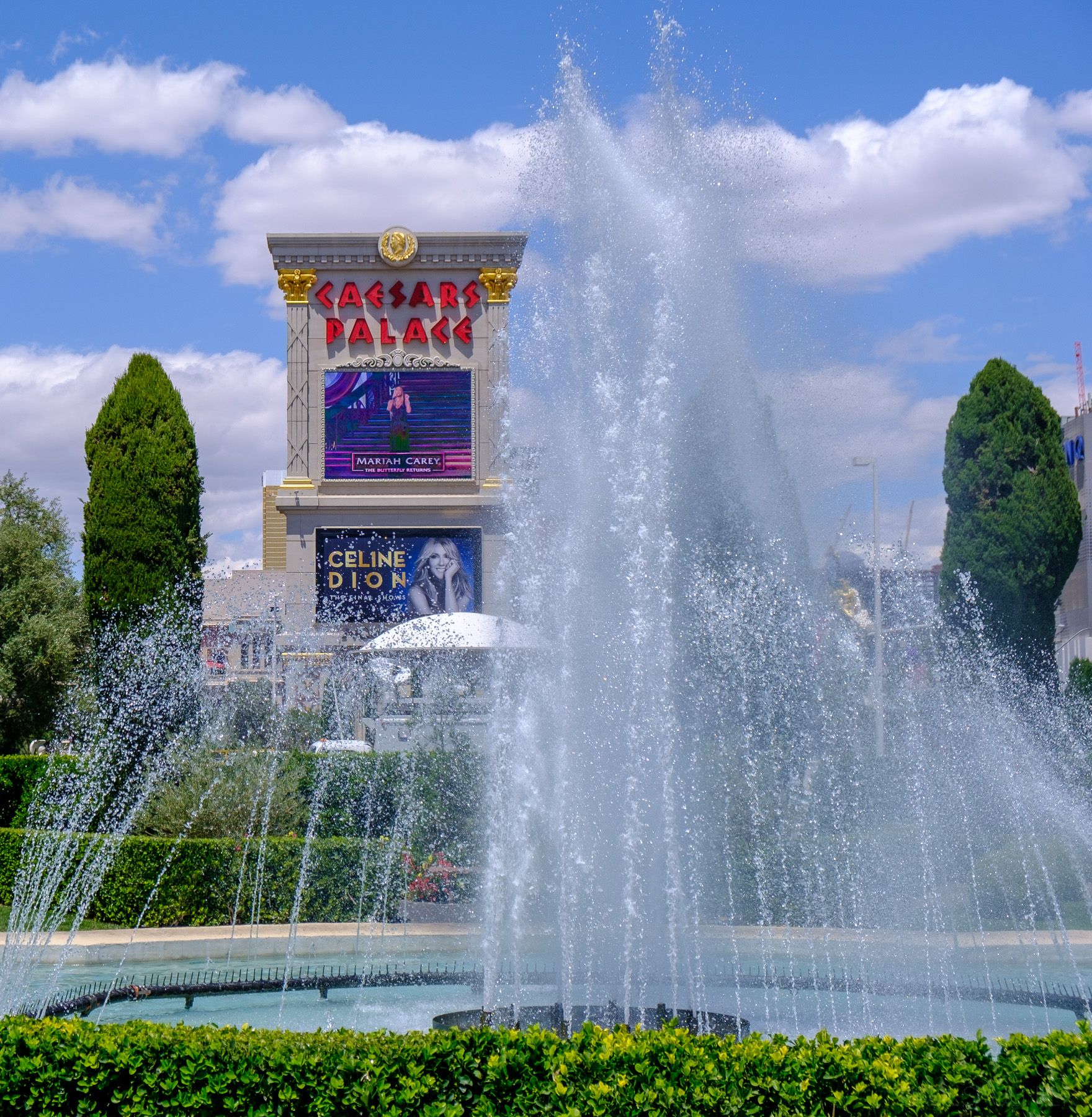 The famous Caesars Palace has 18 fountains total, which use over 240 million gallons of water per year.