Fish Creek Provincial Park is the second largest urban park in Canada, and is contained entirely within the city of Calgary on the south side. It used to span the width of the city, but the city has since sprawled around it.

On bicycle, I can reach the park boundaries in just over an hour. I’ve been making the trip regularly since last summer, and can do so by staying mostly on paved pathways away from cars. This park is a key part of several 100 kilometre bike rides that I’ve done.

It’s now time to share some of my favourite photos! 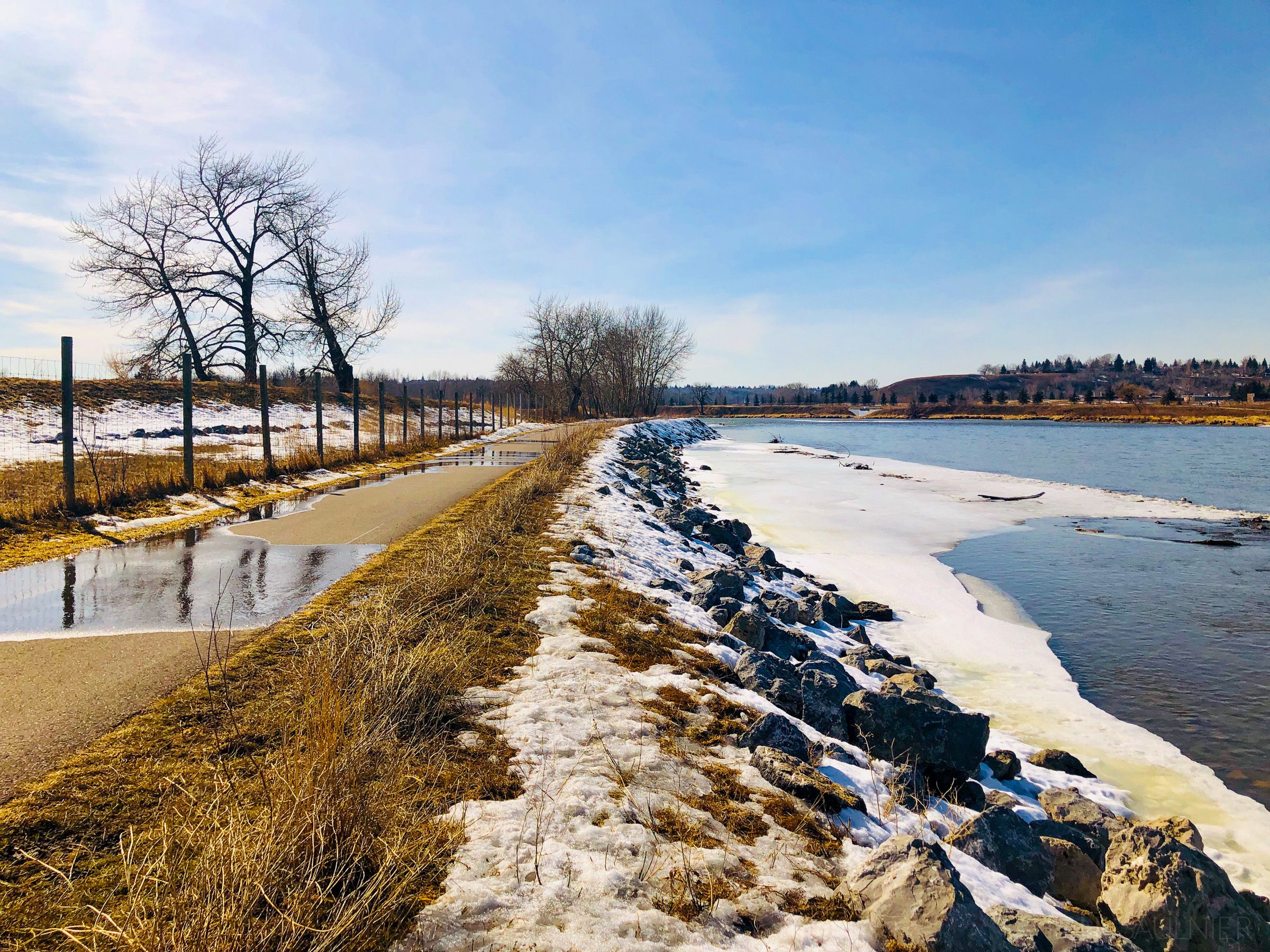 In March, snow and ice make some parts of the pathways difficult to pass. 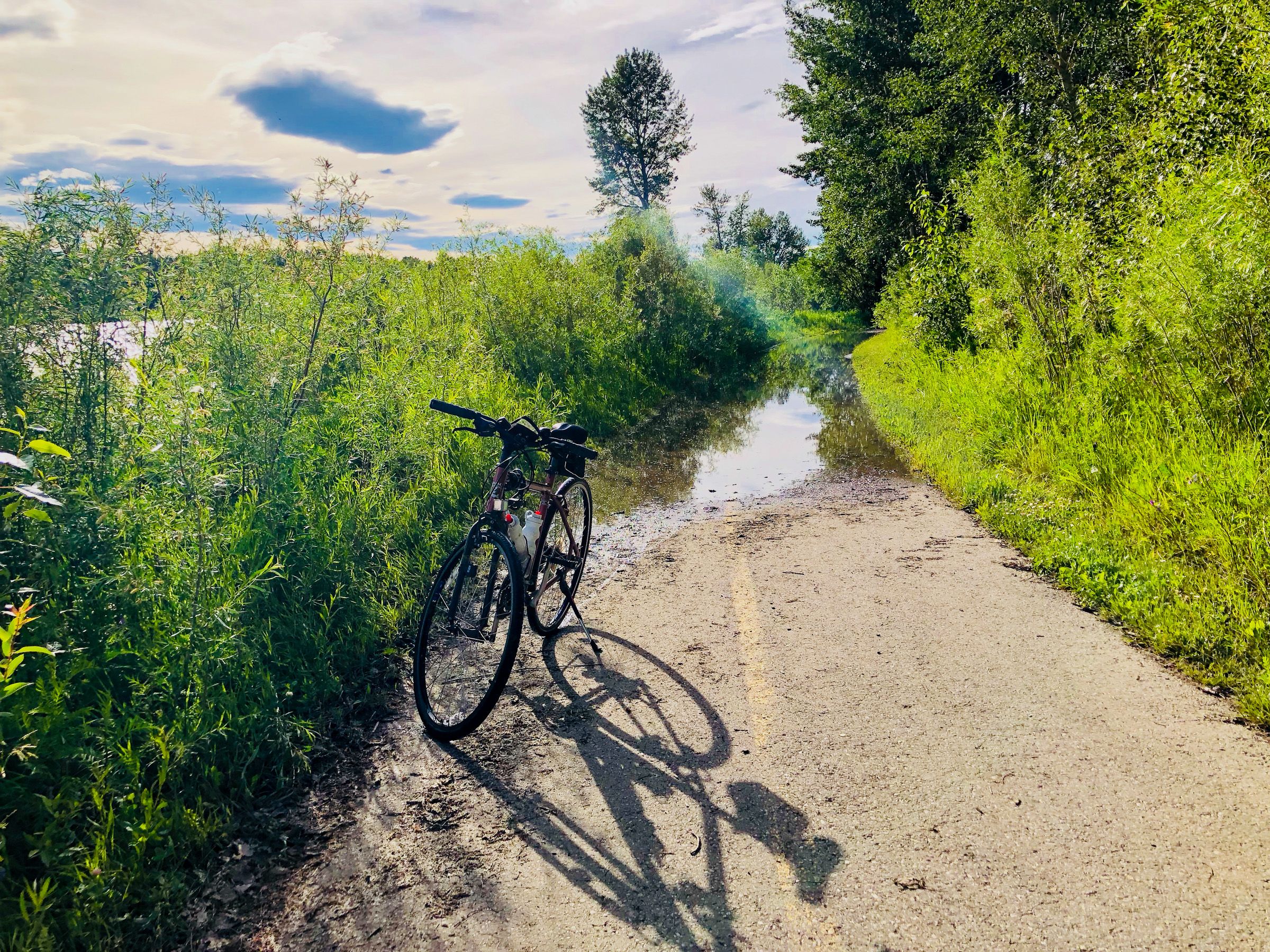 I ride through puddles like this very slowly and hope I don’t fall in! Thankfully there was only a couple of these. 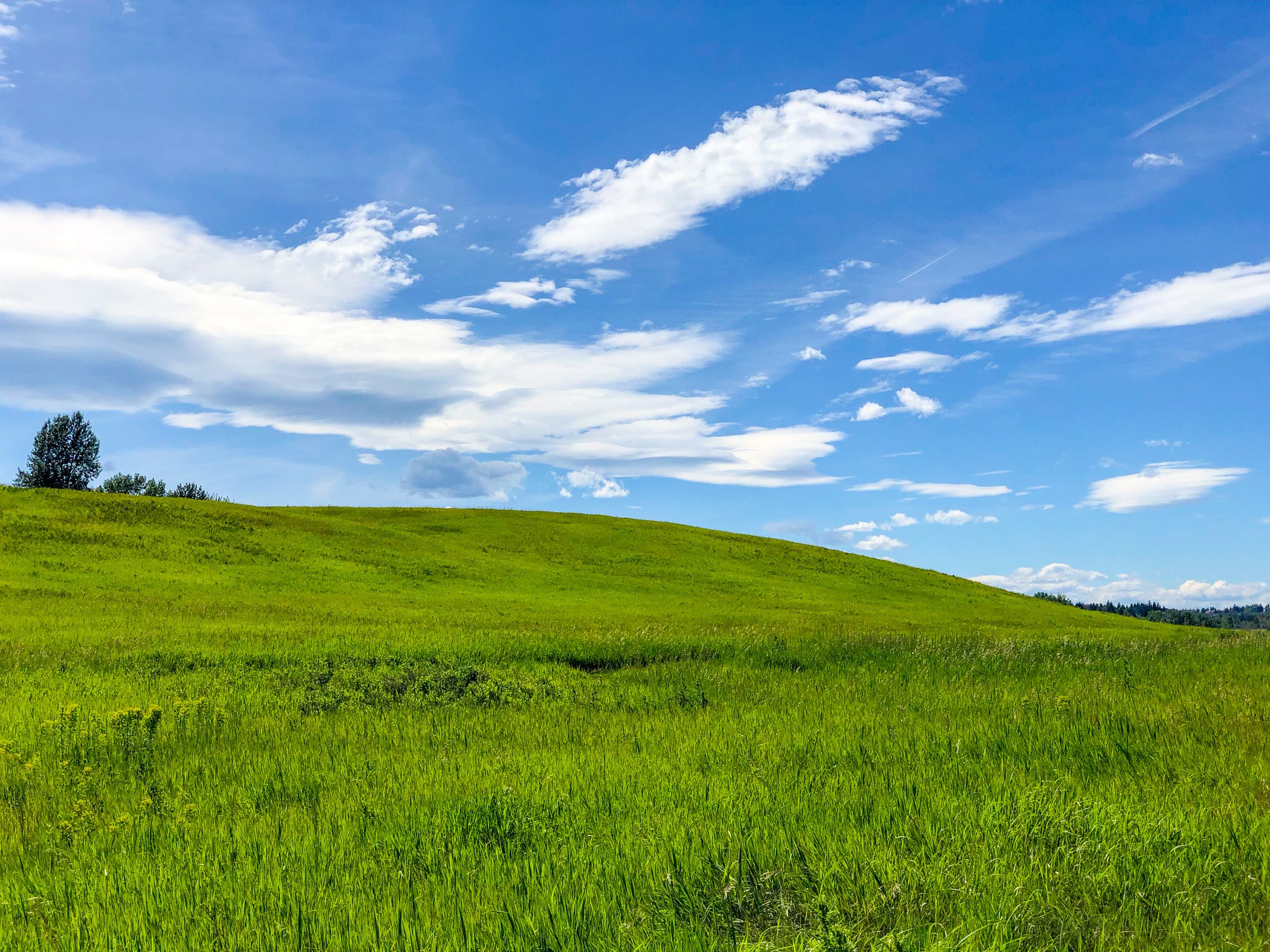 This is Calgary’s version of the famous Windows XP “Bliss” wallpaper. This area with lush green fields can be found on the pathway past the Bow Valley Ranche Restaurant. 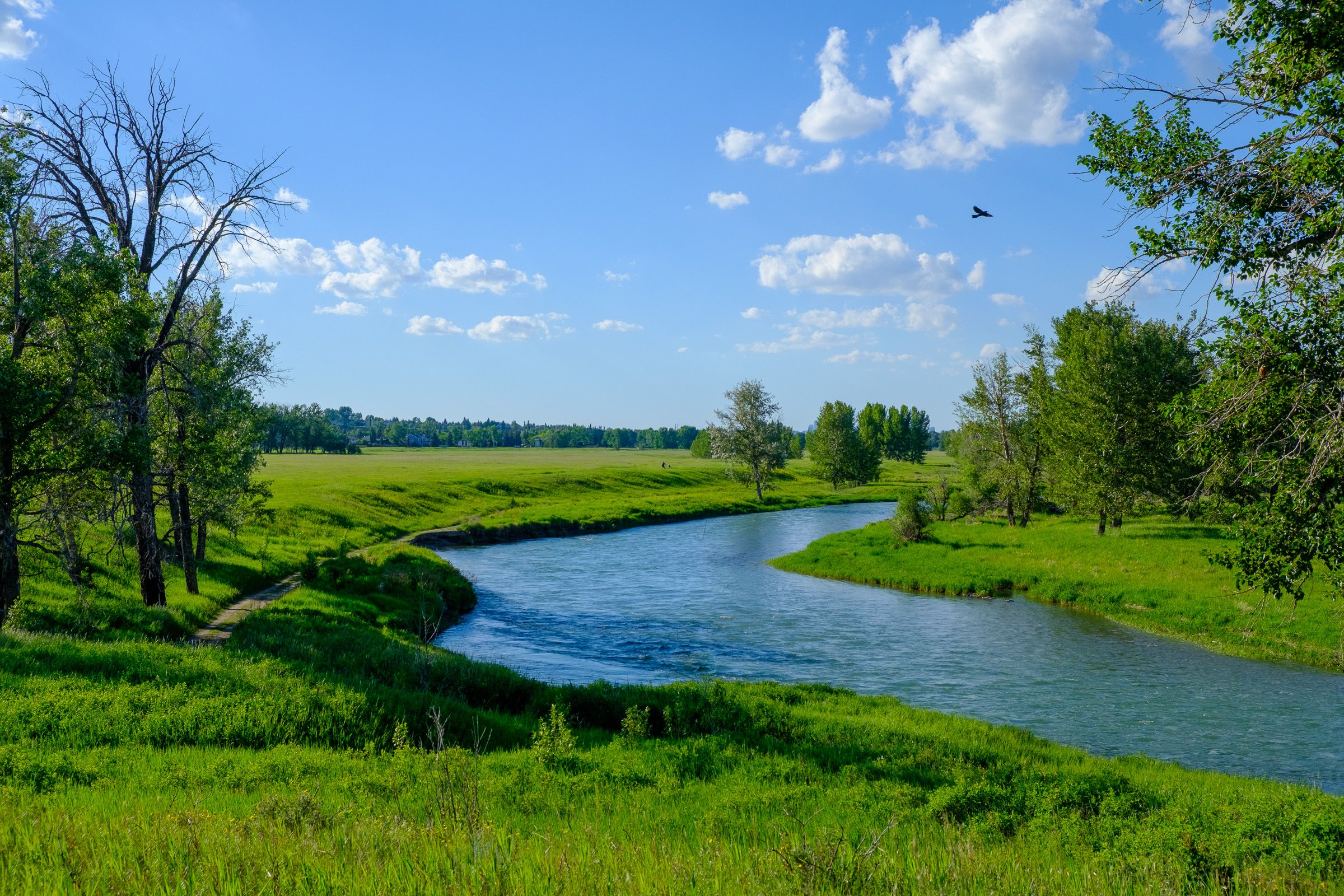 I think this is my favourite photo of all. It is such a relaxing area of the park. 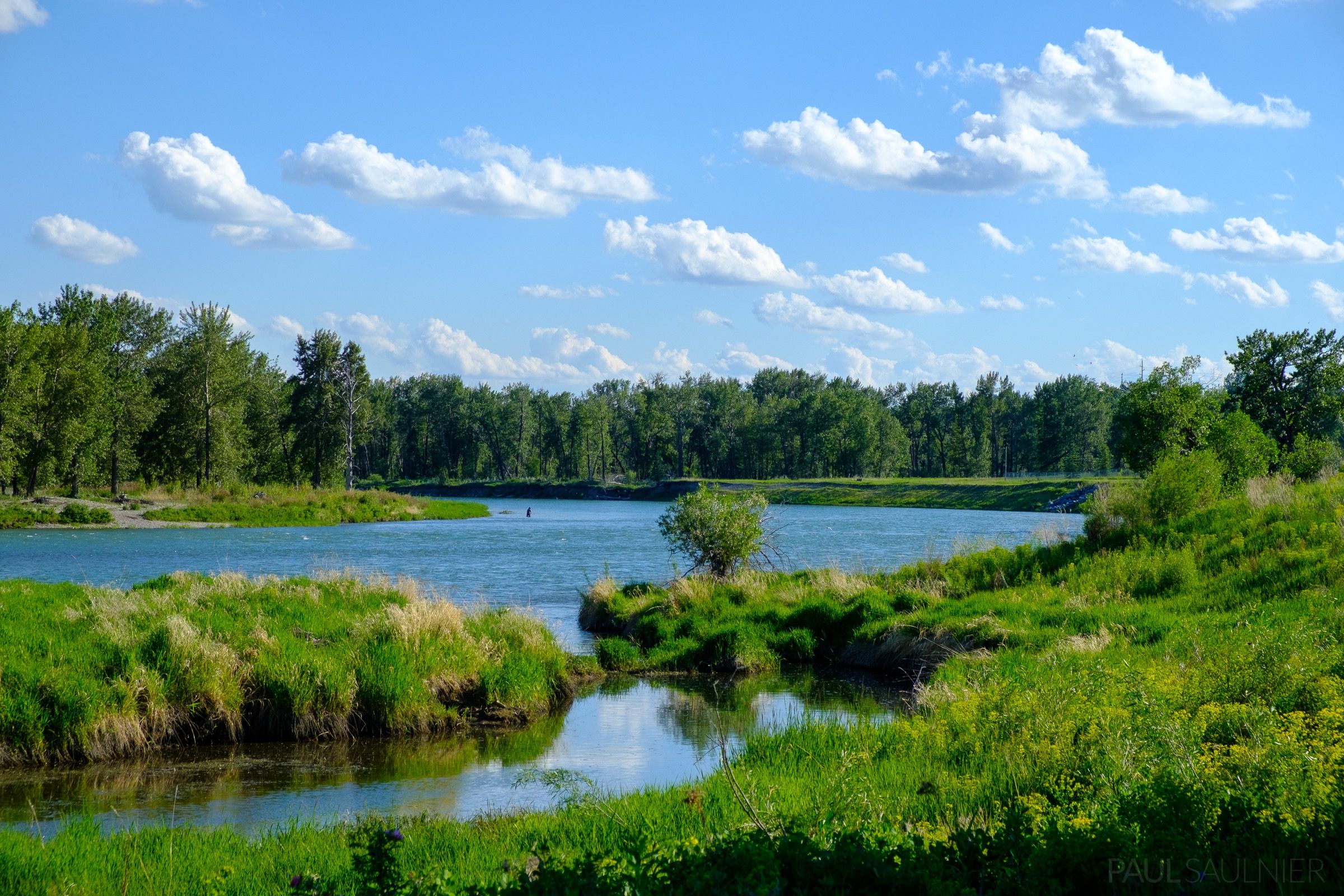 Fishers can be seen in many areas along the Bow River. 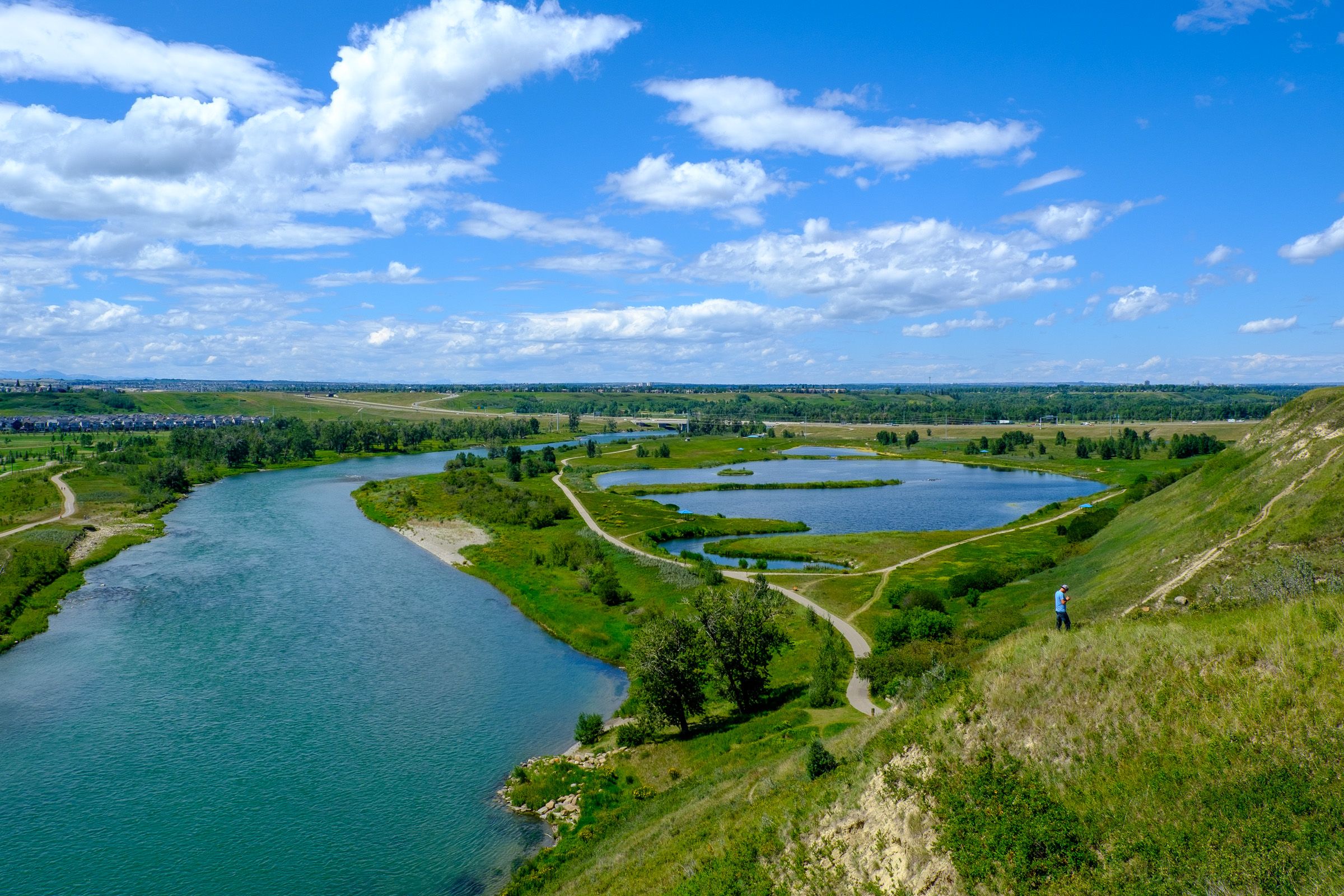 The Rotary Nature Park used to be a gravel pit, but has since been reclaimed. 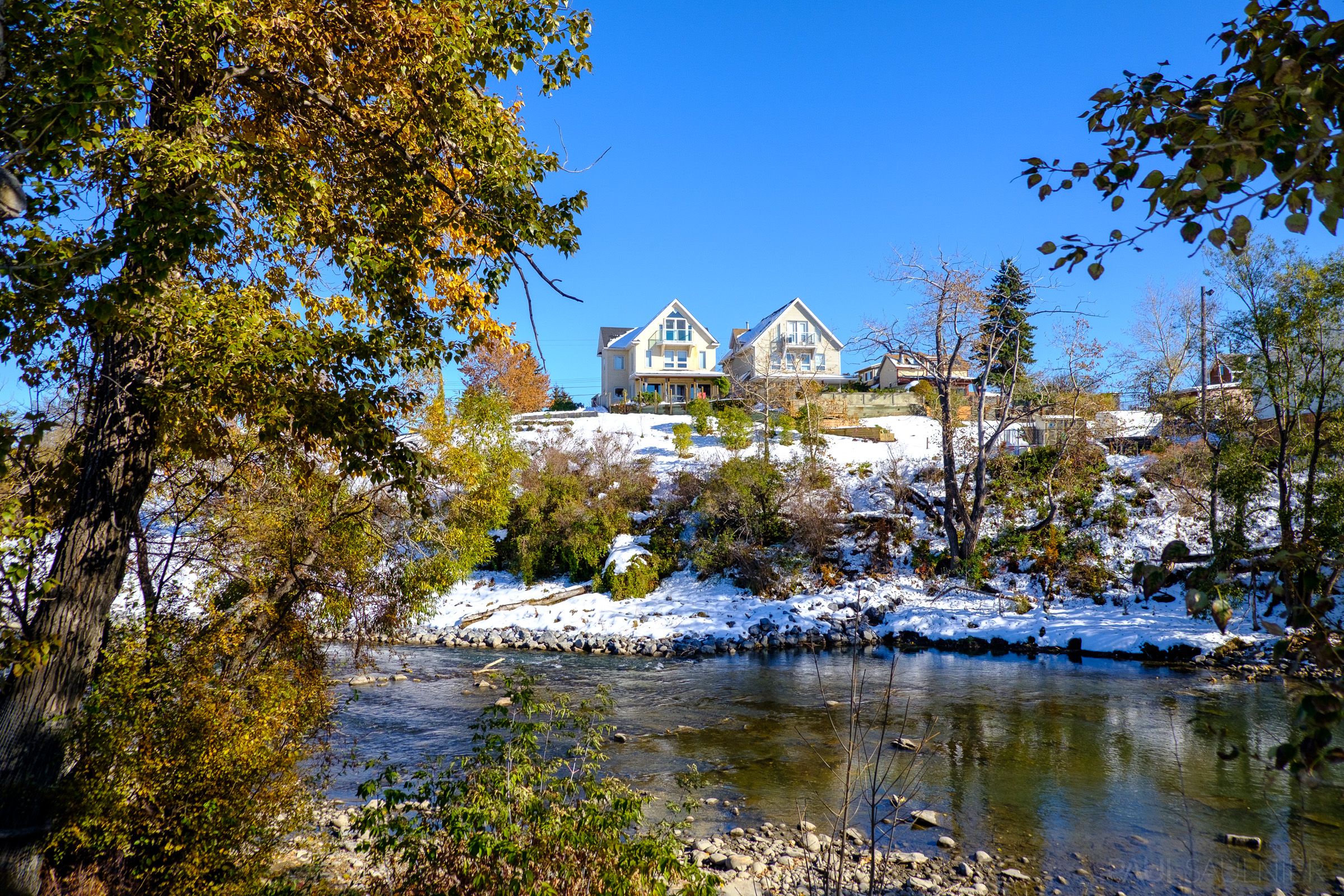 As the warm weather winds down in fall, changing colours contrast well against a little bit of early snow. 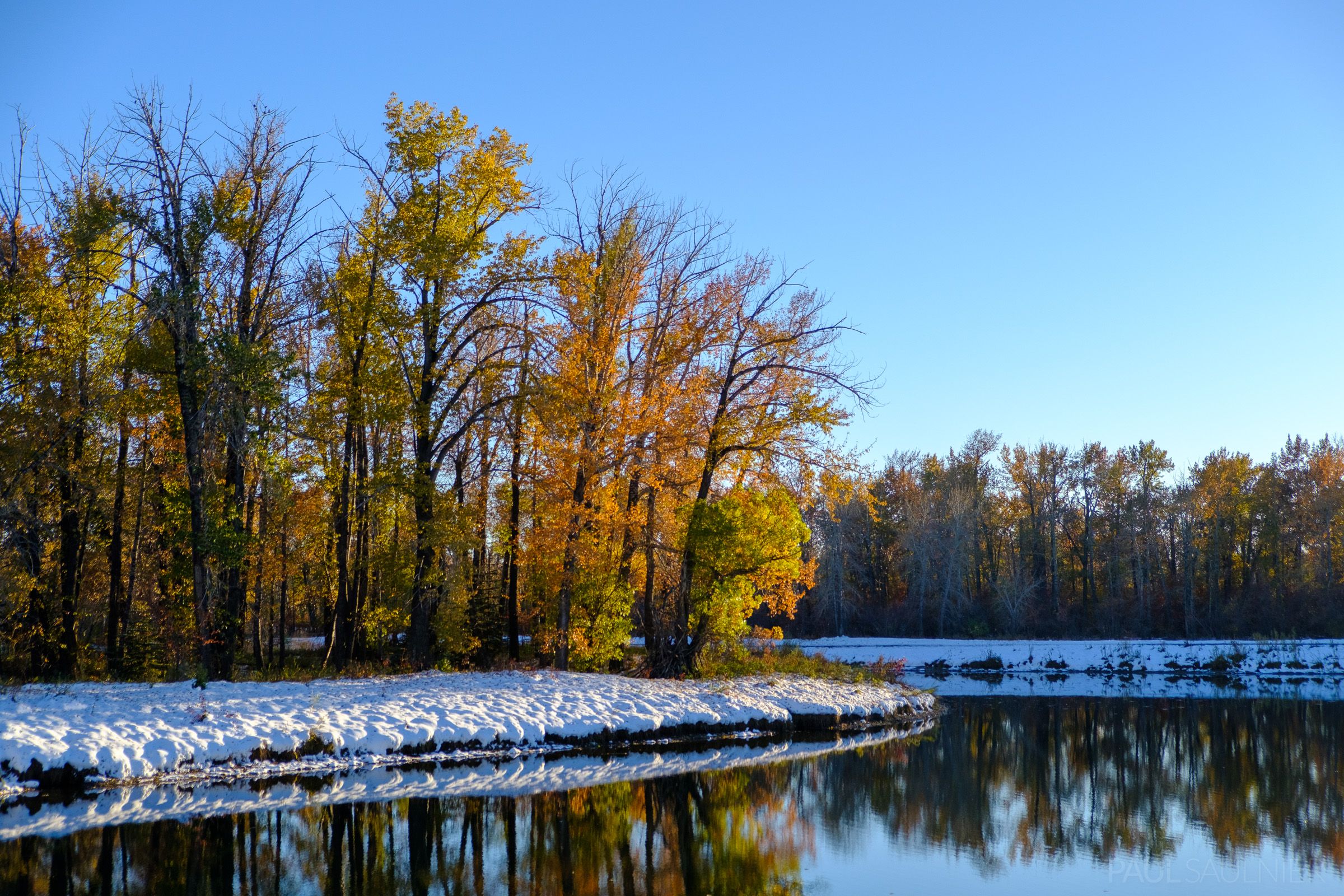 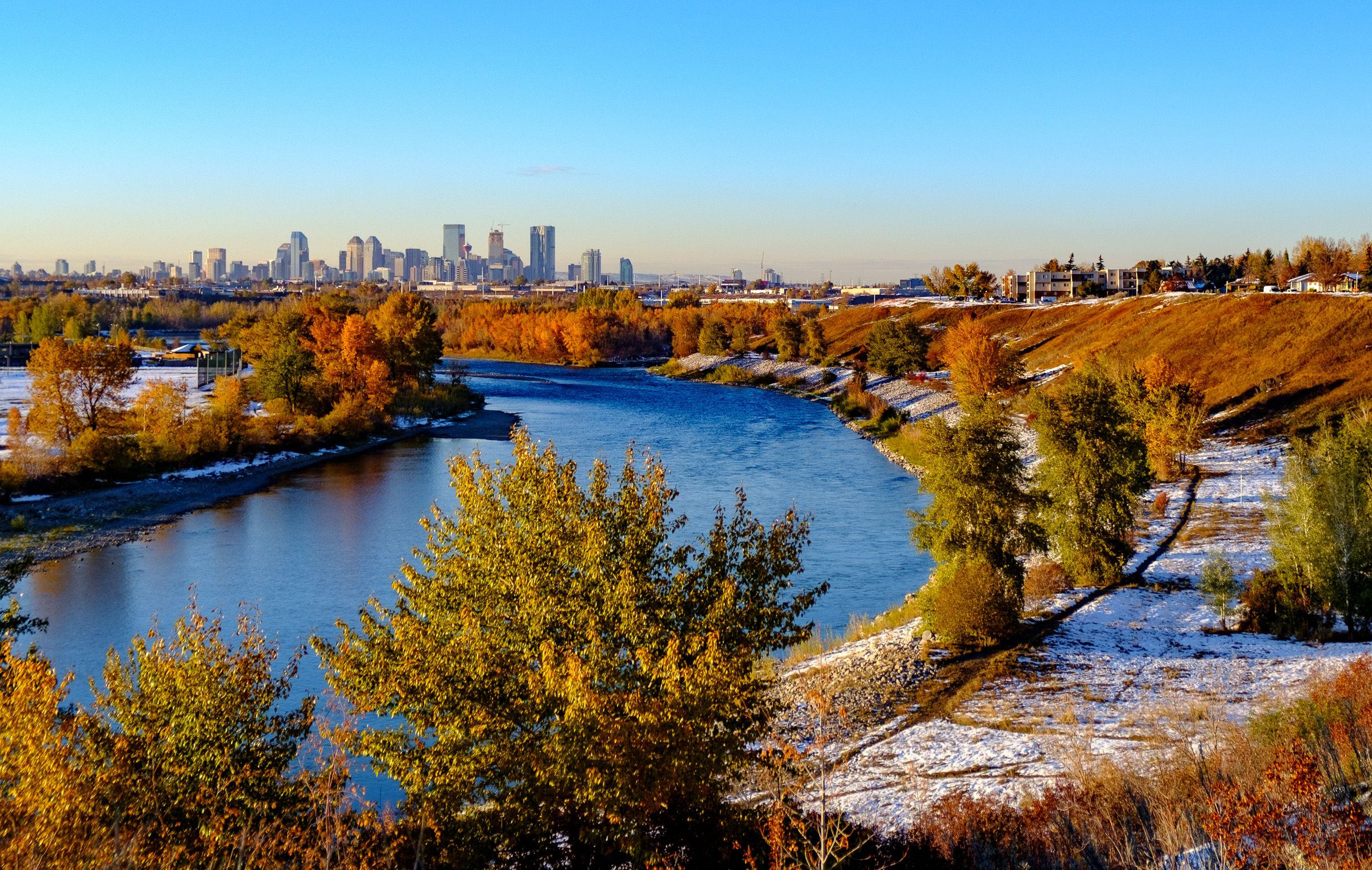 The city skyline towers in the distance. This area is around 45 minutes from home and is the only major hill to climb. The mostly flat riding makes for a relaxing day. 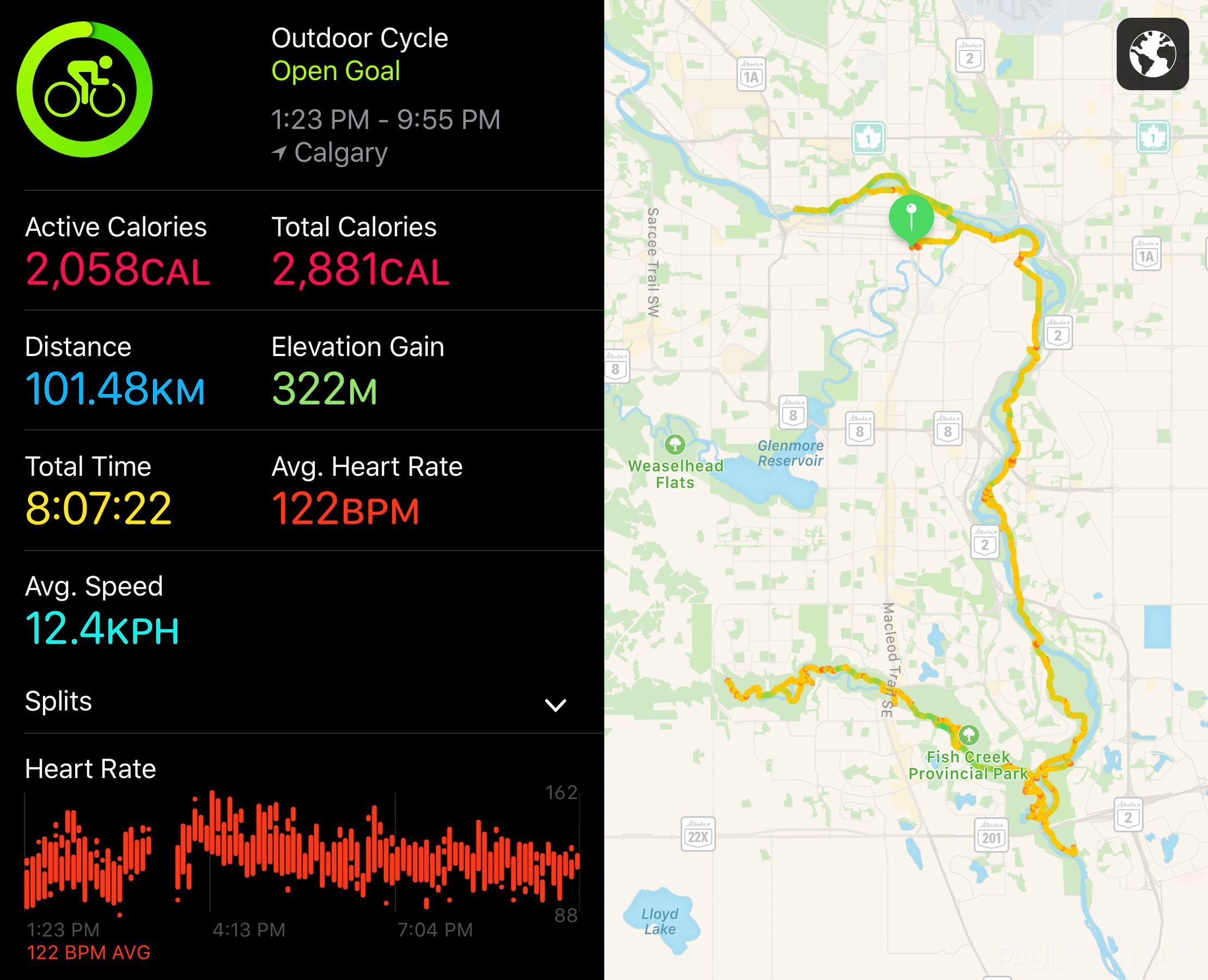 I’ve done a few 100 km bike rides over the past couple years. This ride includes all the paved pathways of Fish Creek Park plus downtown along the river. At 8 hours, which includes some rest time that lowers my average speed, it’s a long tiring day.

One thought on “Biking one of Canada’s largest urban parks”