Even with a big fireworks show and drive through events for food, the 2020 edition of the Calgary Stampede wasn’t the same. 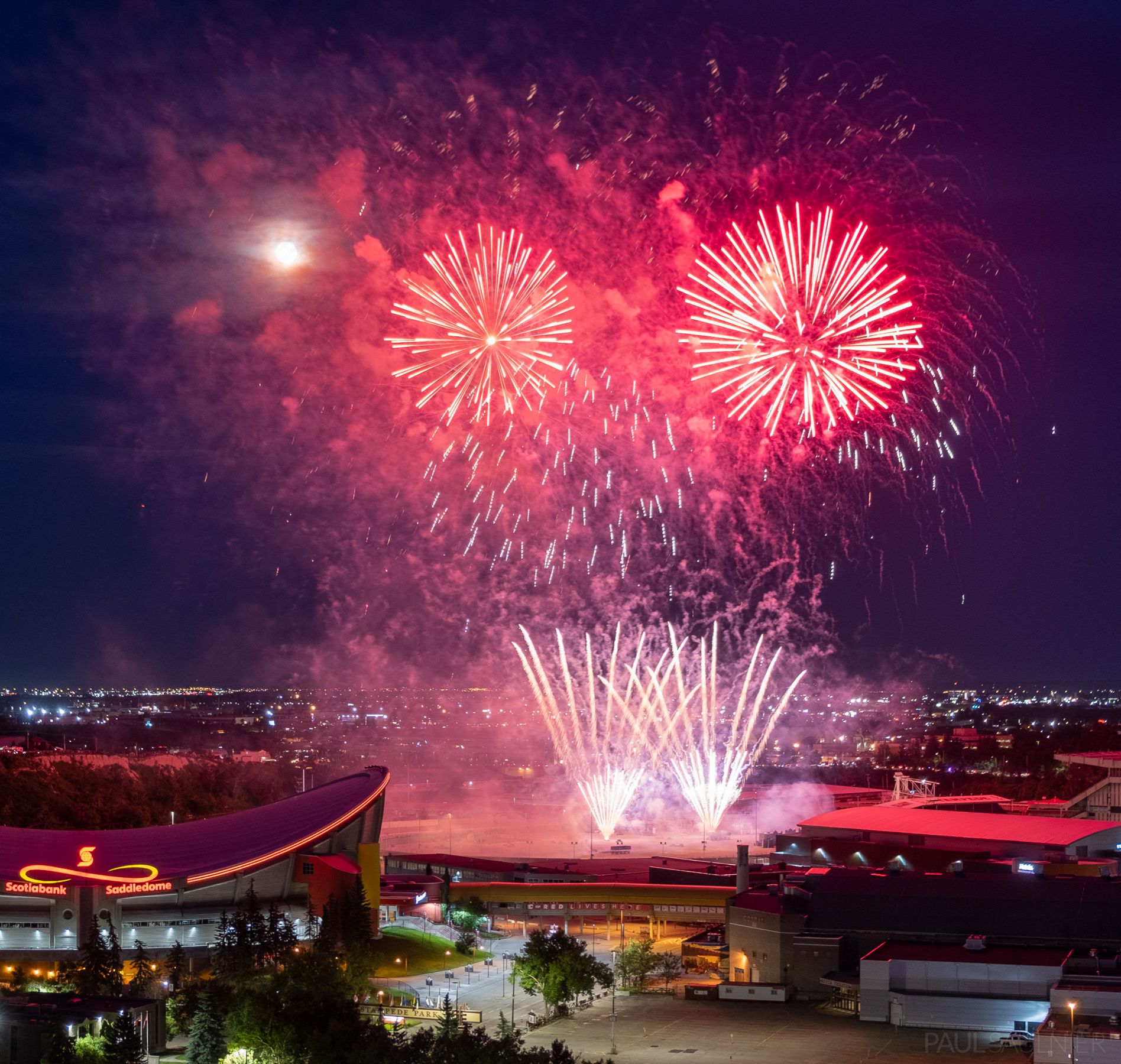 This year, a spectacular show of fireworks rose above a completely empty Stampede Park to celebrate the opening of what should have been Stampede 2020. This show was much longer than the usual fireworks that appear during most nights of Stampede during regular years. The fireworks themselves were also taller and more spread out than usual, to allow people to see them from further away. 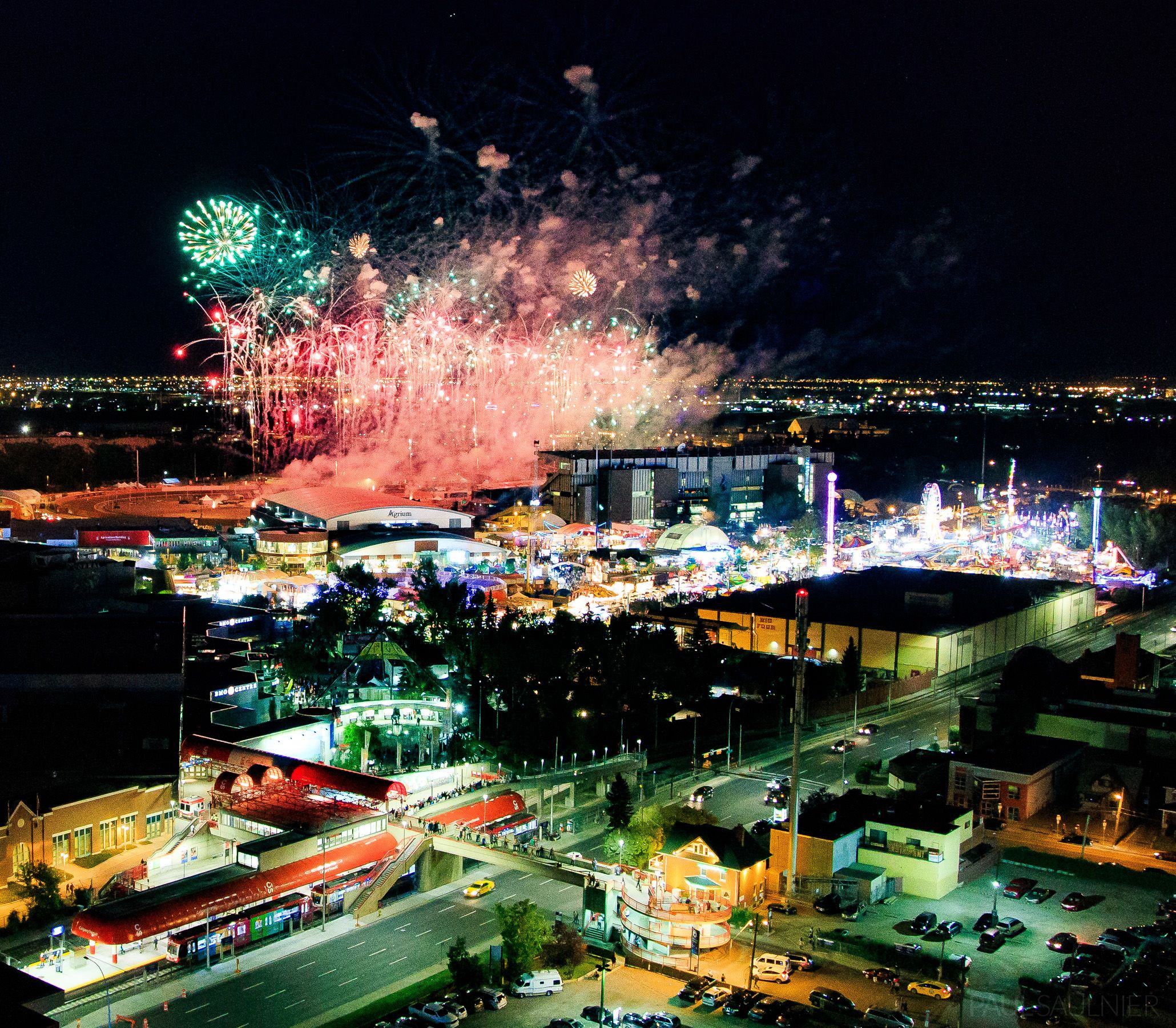 I also had a great view of the Stampede fireworks from a friend’s condo back in 2016. 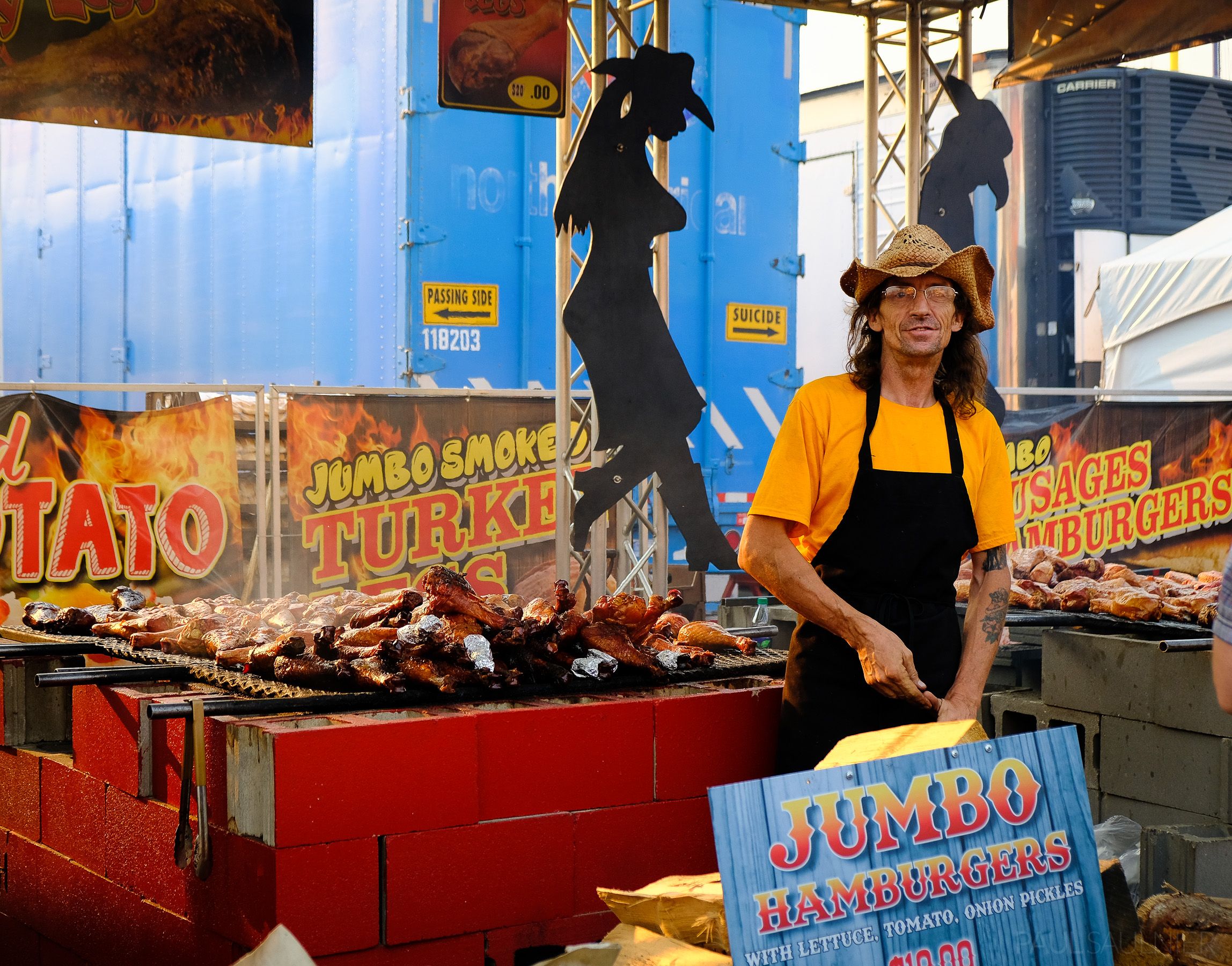 For many people, the wide variety of food stalls is central to the Stampede experience. 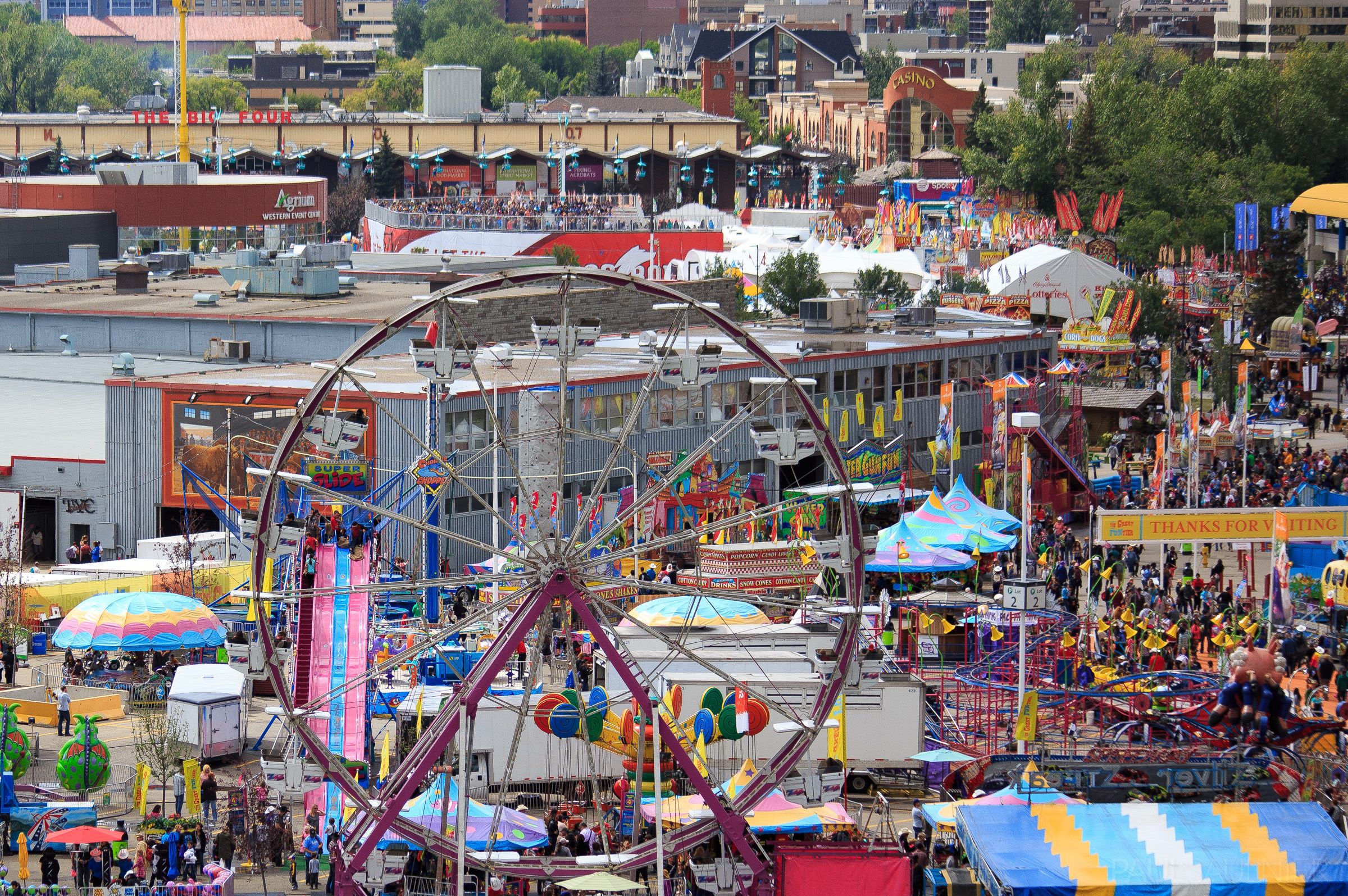 Stampede Park is usually packed full of rides, stalls, activities, and crowds of people during Stampede. 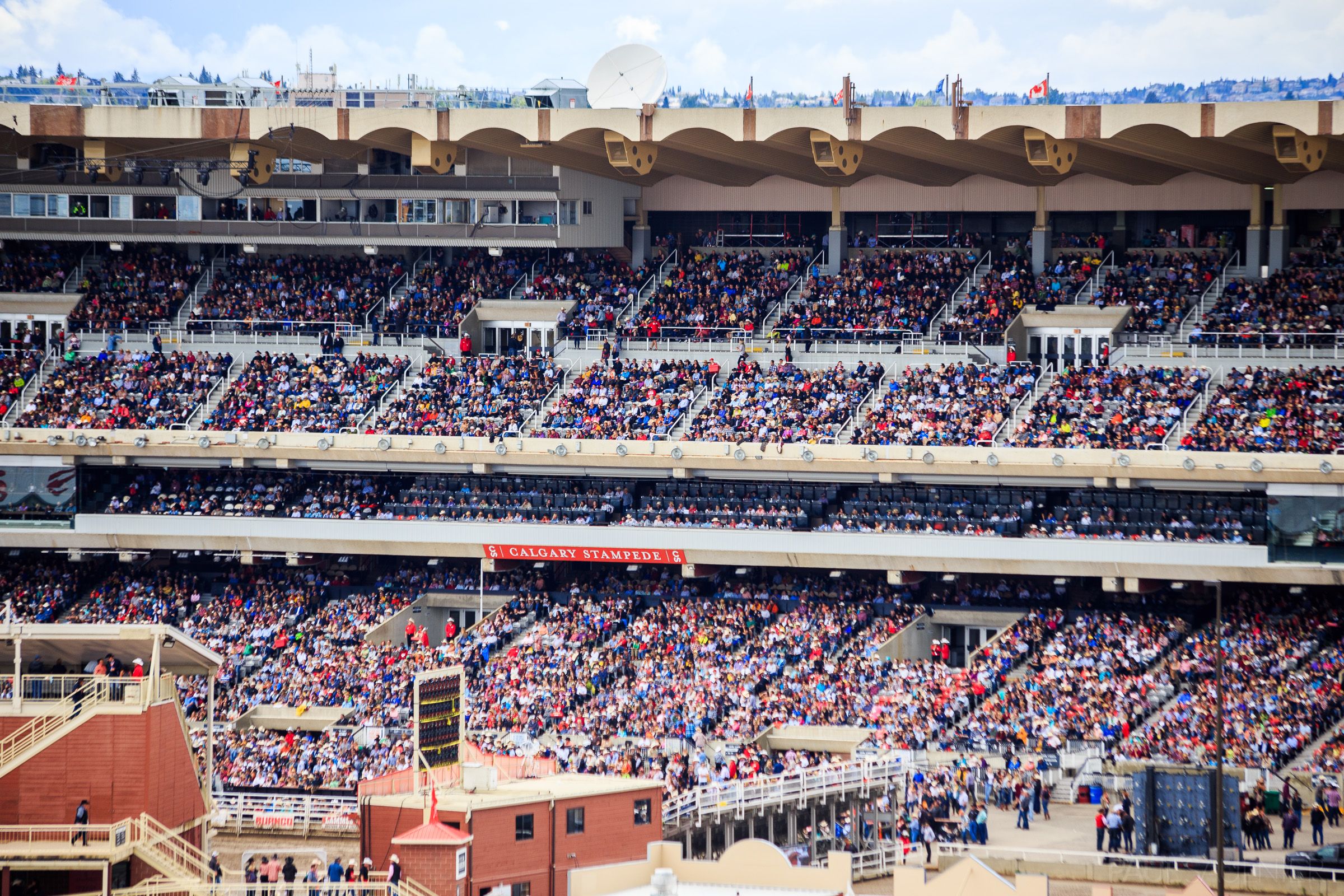 Crowds of people in the grandstand would have seemed unremarkable just months ago. But now, it remains unclear when we will be able to safely have events like this again. 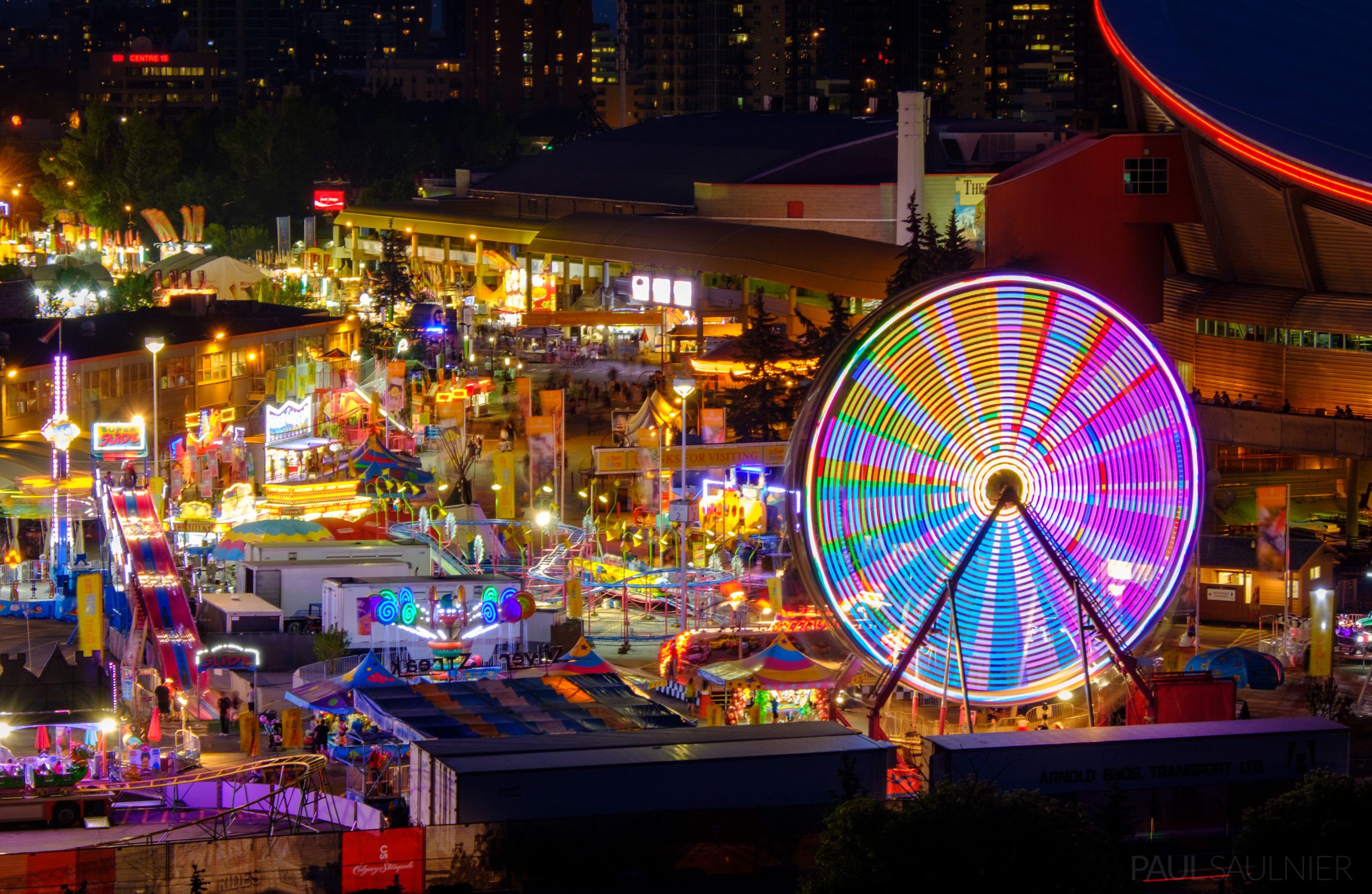 With a long exposure, the colourful lights of this ride make it look like a spinning disc.