Today, many tall buildings surpass the height of the Calgary Tower, to the extent where it’s not even visible anymore in some views of the city skyline. While the Calgary Tower is no longer the tallest structure in the city, it still offers some of the best views. 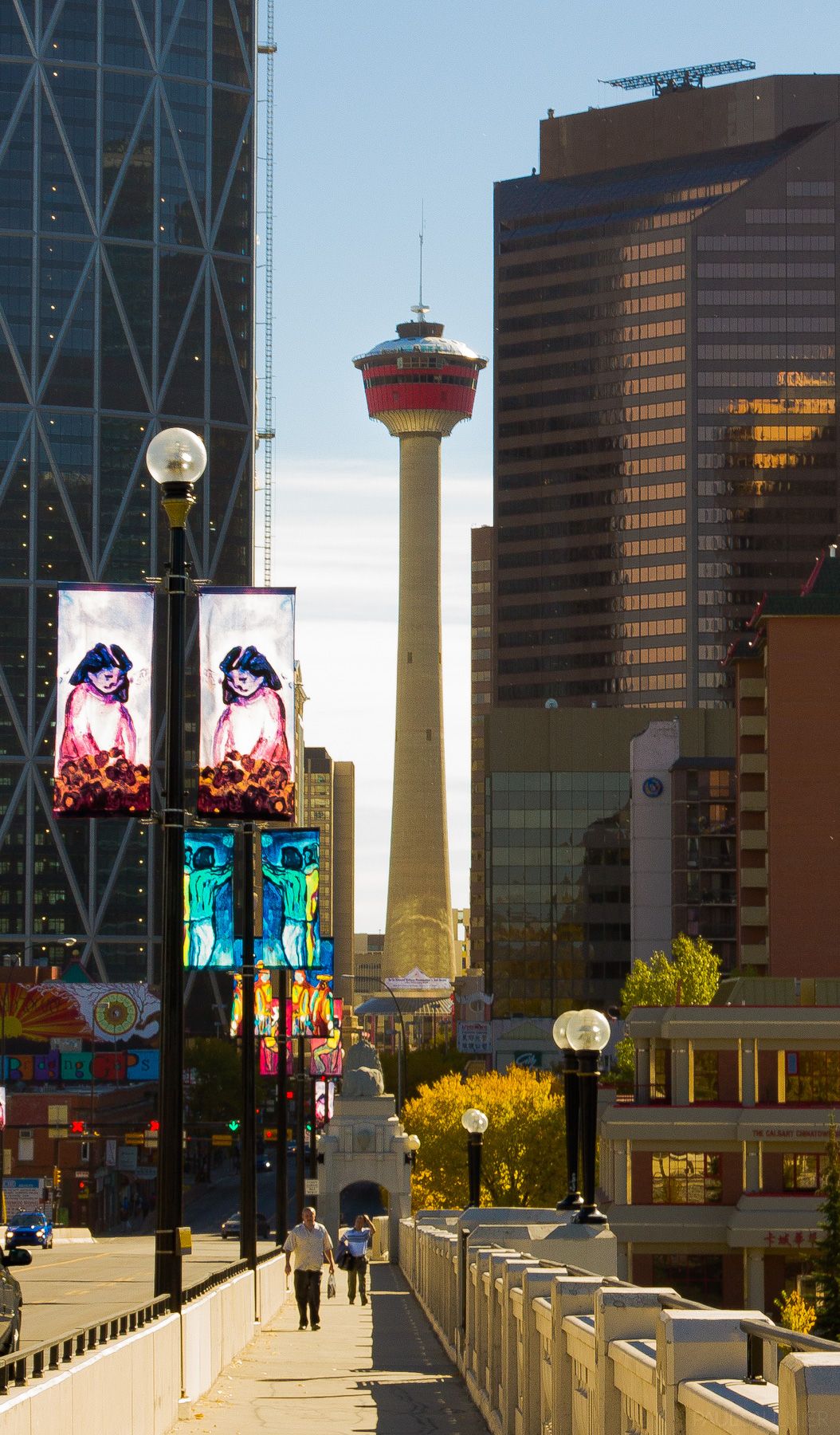 This photo, which I took a few years ago, shows the Calgary Tower as you see it when arriving downtown over the Centre Street bridge. 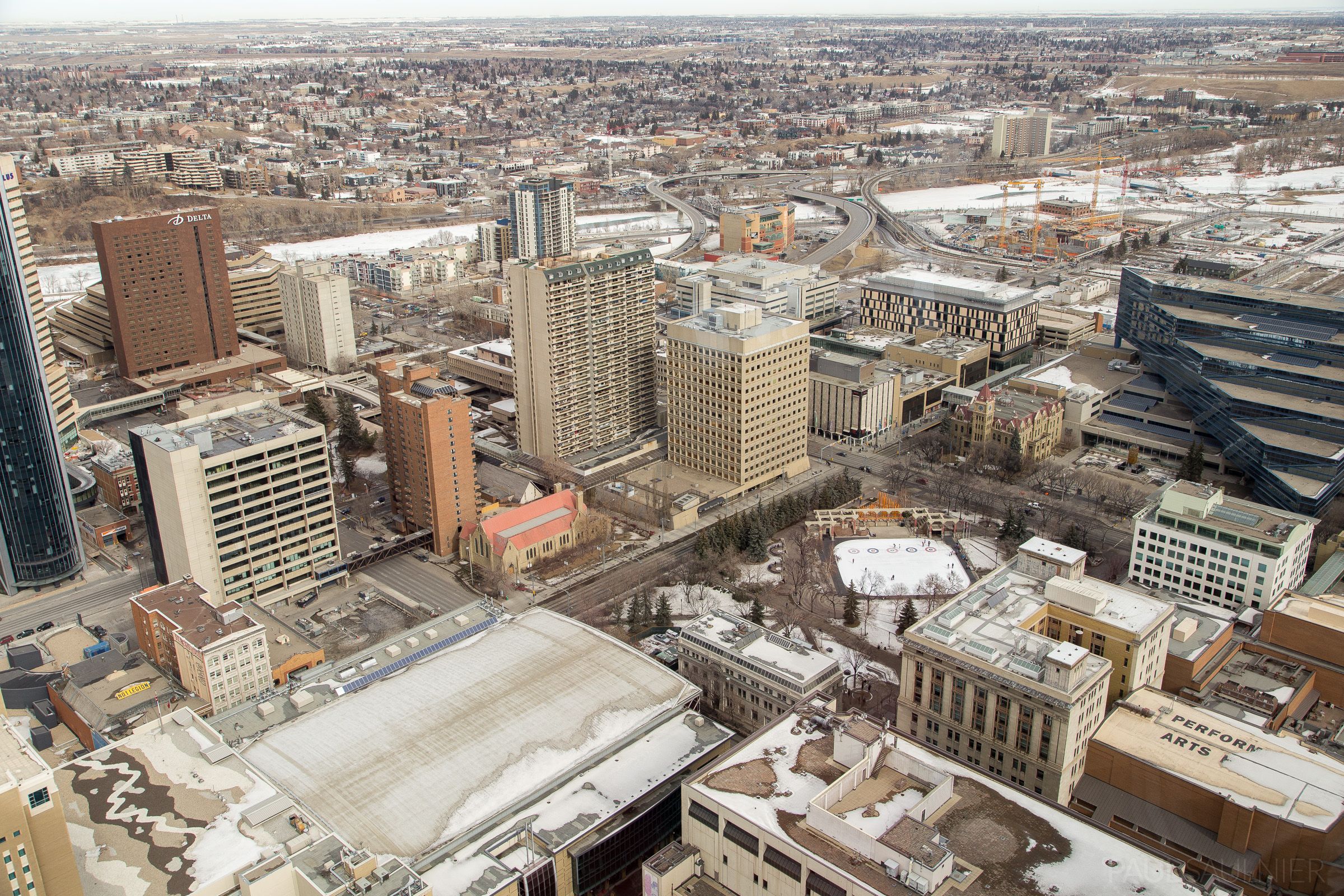 City Hall and Olympic Plaza (with curling rinks set up) are visible in this view of Northeast Calgary. Some buildings have text written on the roof to identify them to tower visitors. 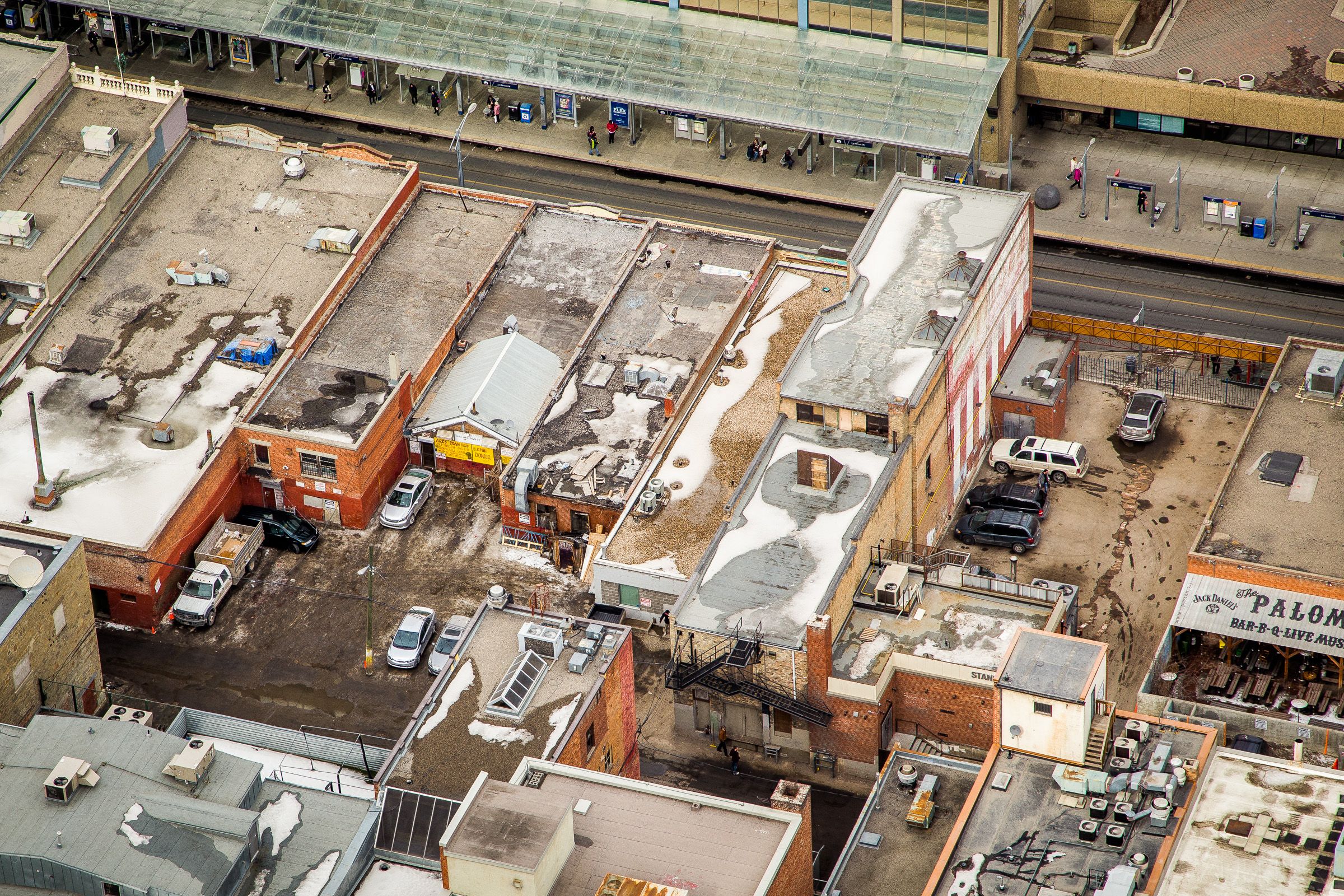 While the LRT station shown here is quite new, the alley behind these old buildings along Seventh Avenue probably hasn’t changed much in decades. 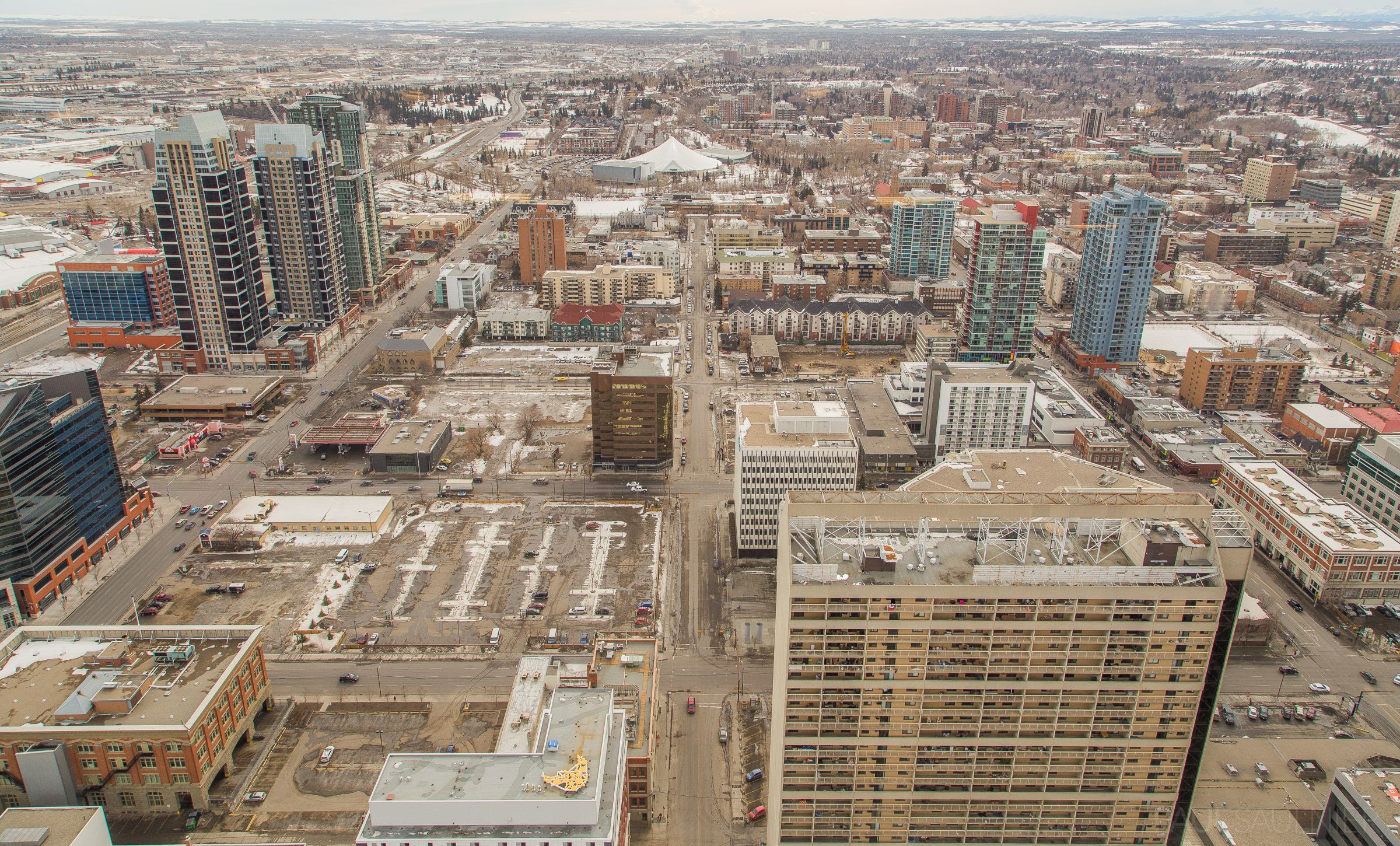 This view of Calgary to the south was largely under water during the flood. My new condo under construction is in one of the towers on the left (in front of the green tower). 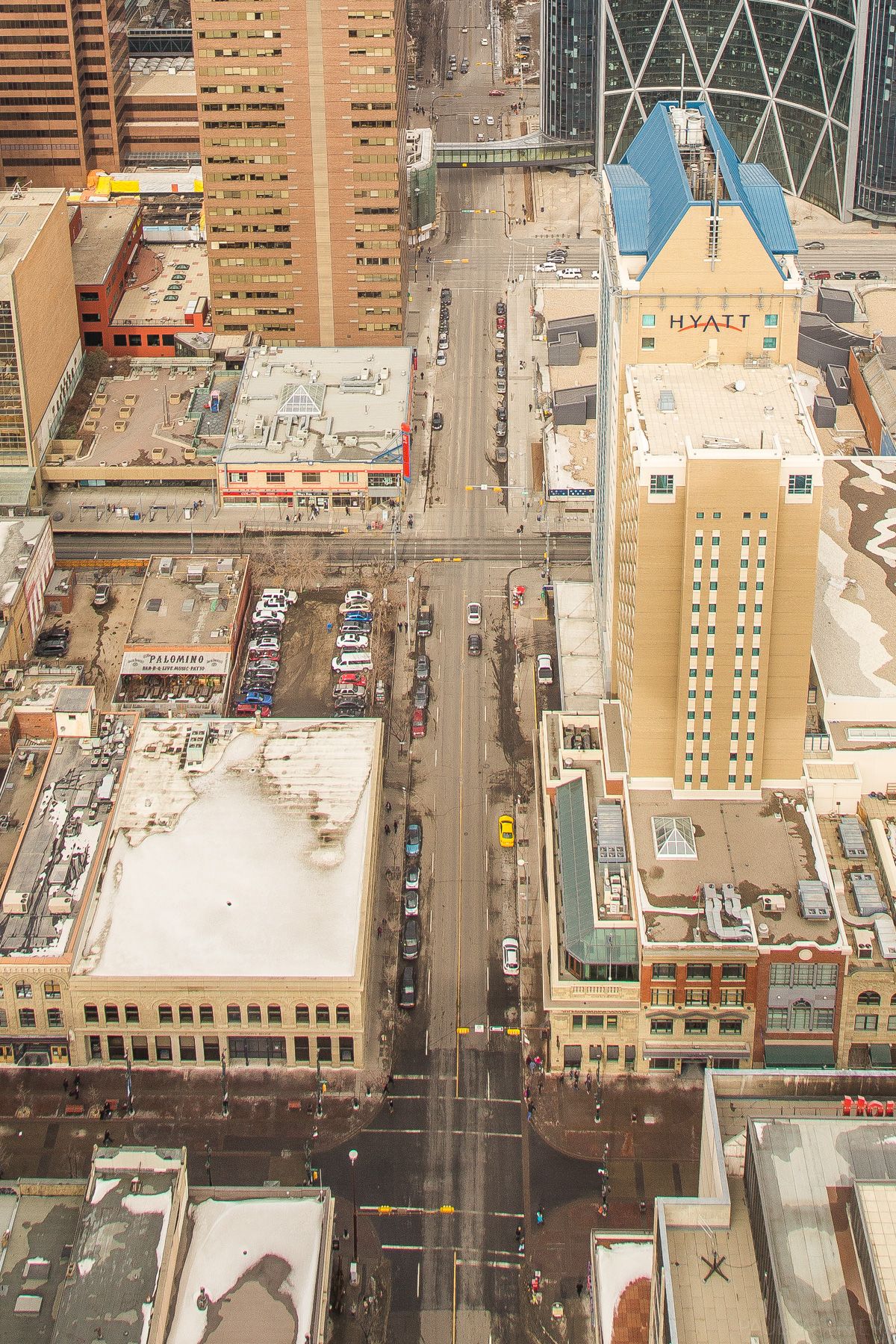 Centre Street runs from the Calgary Tower all the way into North Calgary. The Arts Central building, on the corner with the red highlights, will soon be demolished to make way for TELUS Sky, a huge new office tower. 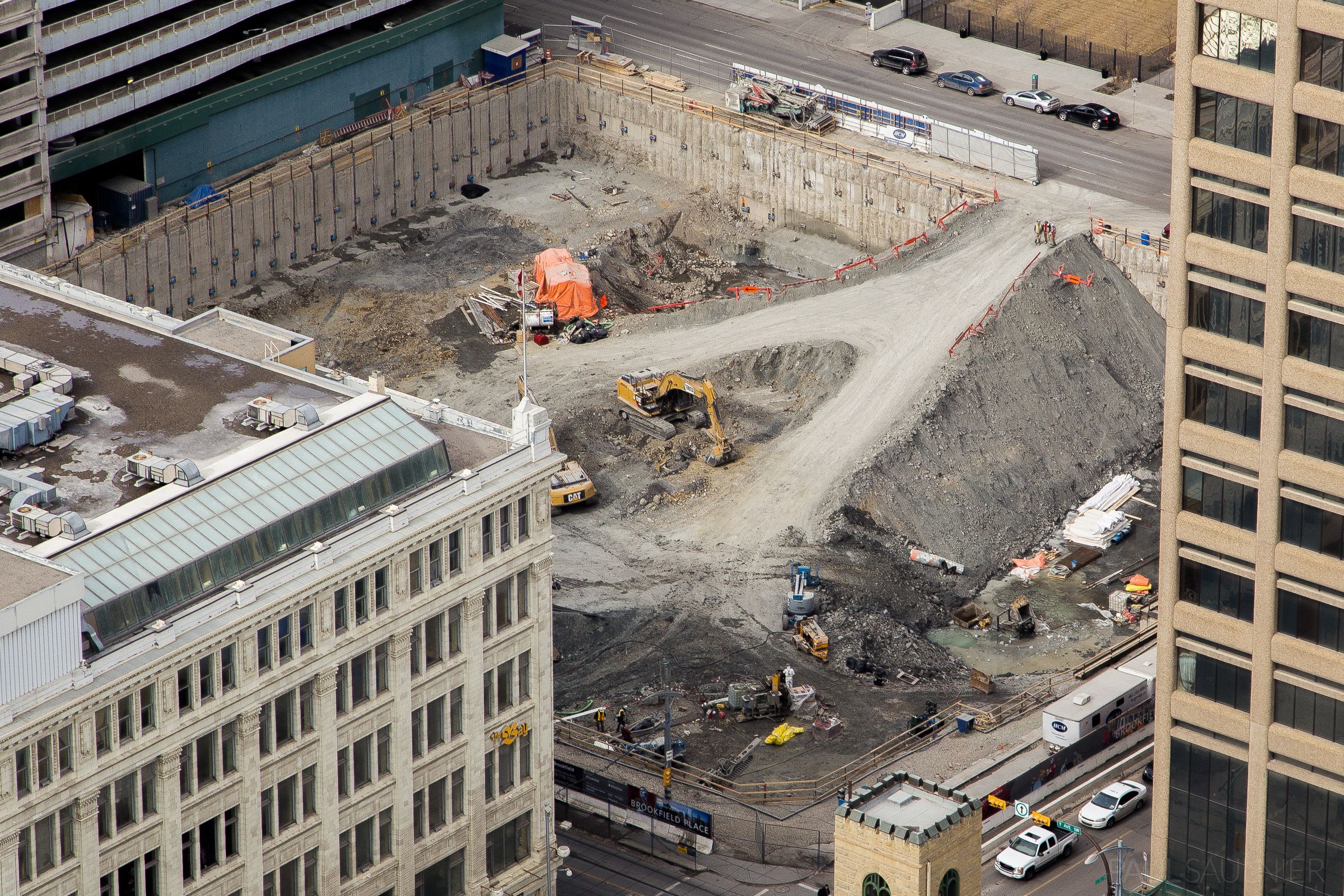 This construction site is where the Calgary Herald Building once stood. You might have seen my previous blog post regarding its demolition. The Hudson’s Bay store, one of my favourite buildings in Calgary, overlooks the open pit for now, but will soon be facing the new Brookfield Place office tower. 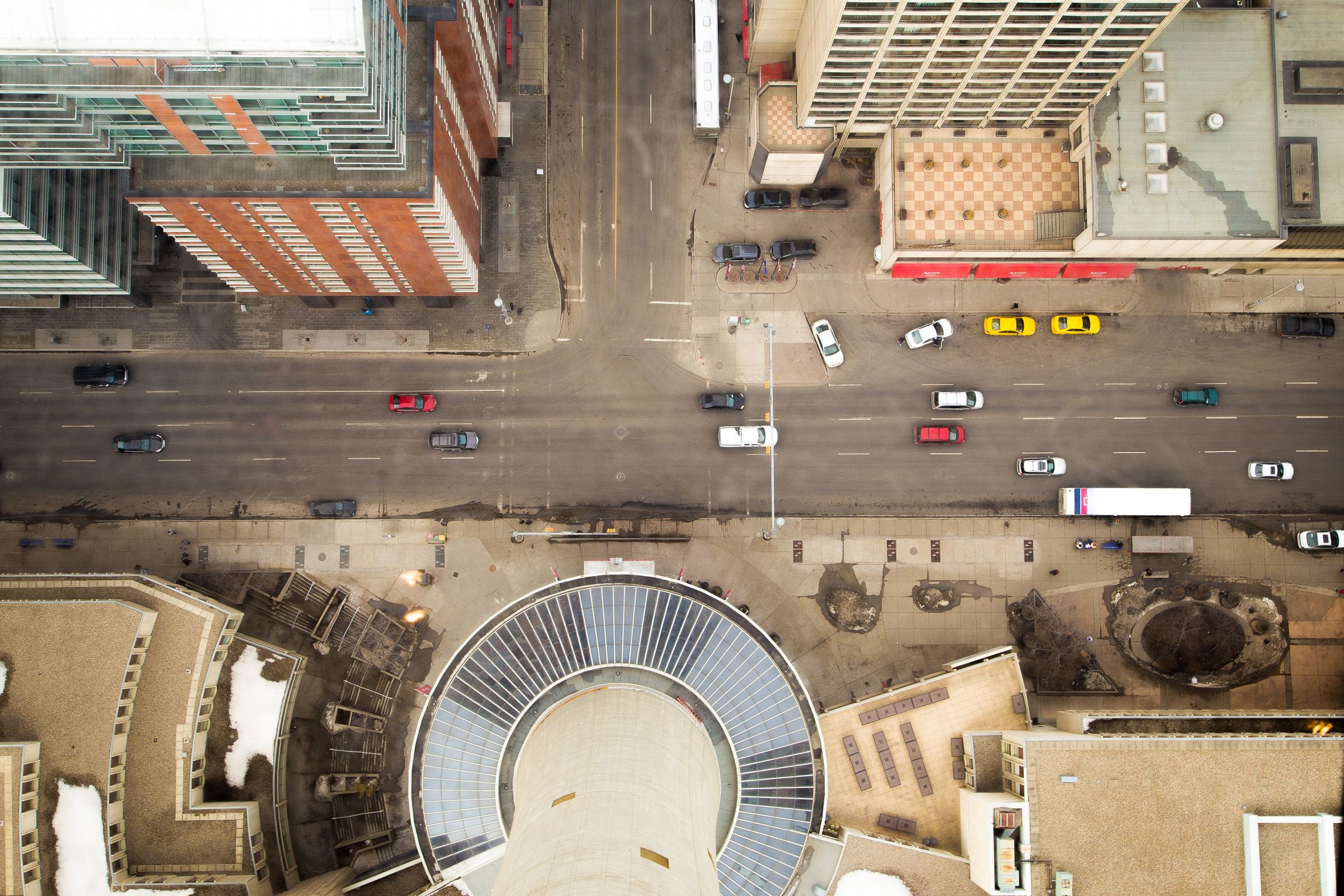 Inside the Calgary Tower, a glass floor added in 2005 allows you to look straight down at the street below.

This short panorama shows a large part of Calgary’s fairly small downtown core. Within a few years, at least a couple more tall towers under construction will be part of this view.

On the clear day like this, the mountains are visible from many areas of Calgary. They are one feature that differentiates Calgary from many other cities. Many locals take advantage of the picturesque mountains which is a short drive away.