Hong Kong is a popular world destination for shopping. Most popular fashion designers have several outlets here, and malls are everywhere.

In this post, I explore the unique shopping streets of Hong Kong. 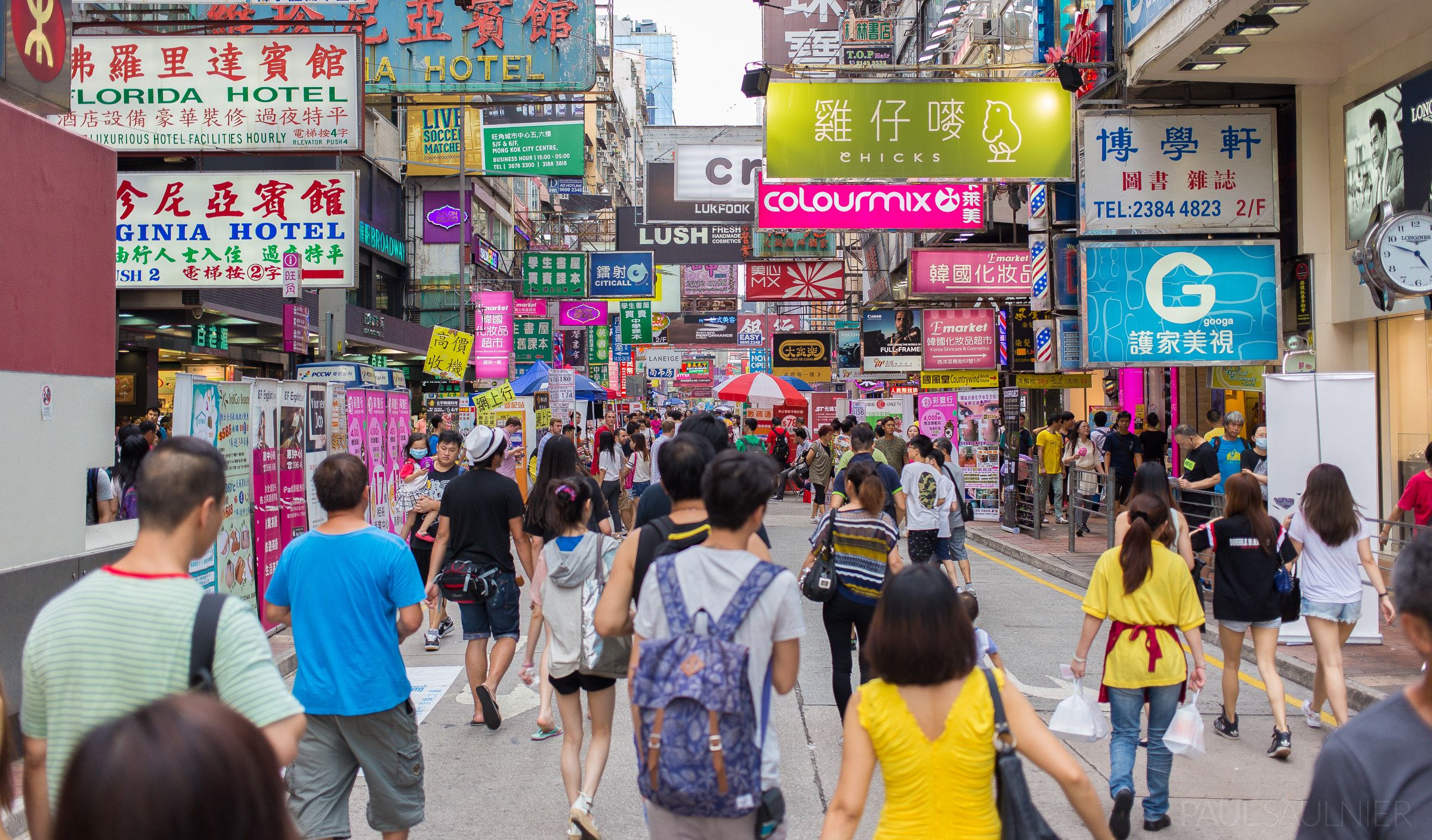 The Mong Kok area represents several blocks of shops and restaurants, in new and old buildings. Dozens of store signs compete for your attention above the street. 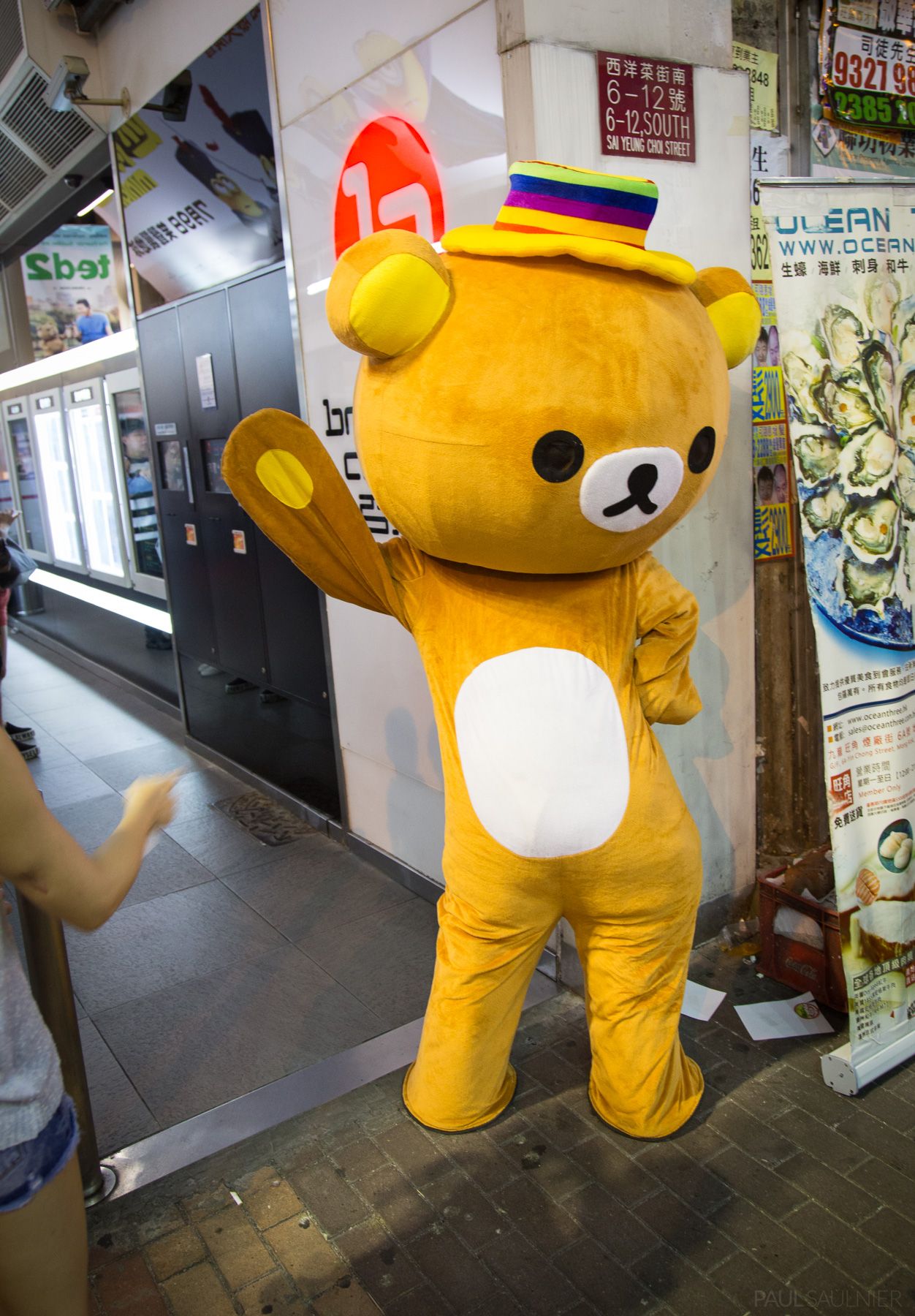 Mascots and other street performers are everywhere. 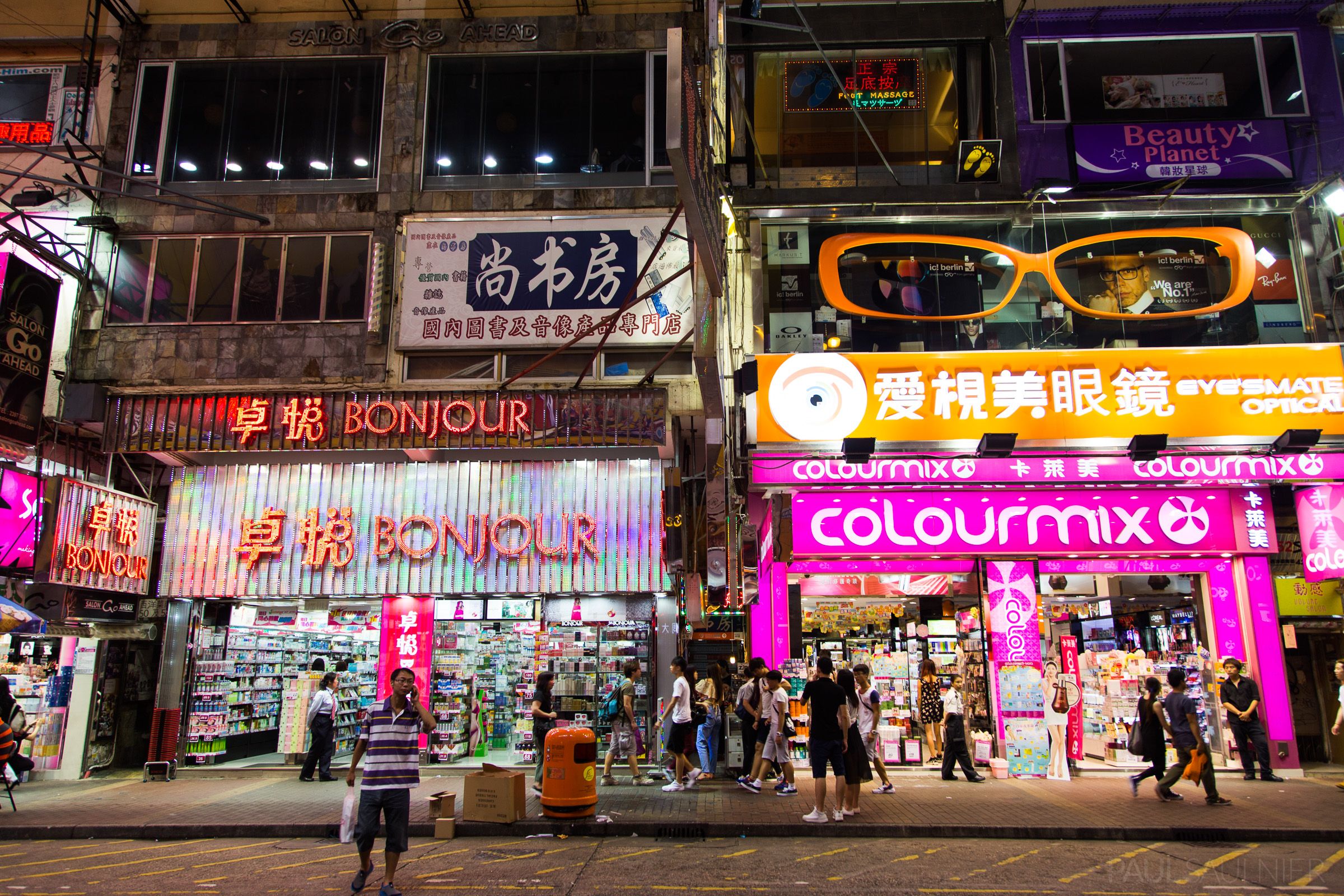 Above the shops are apartments, which appear darker in contrast to the bright signage below. 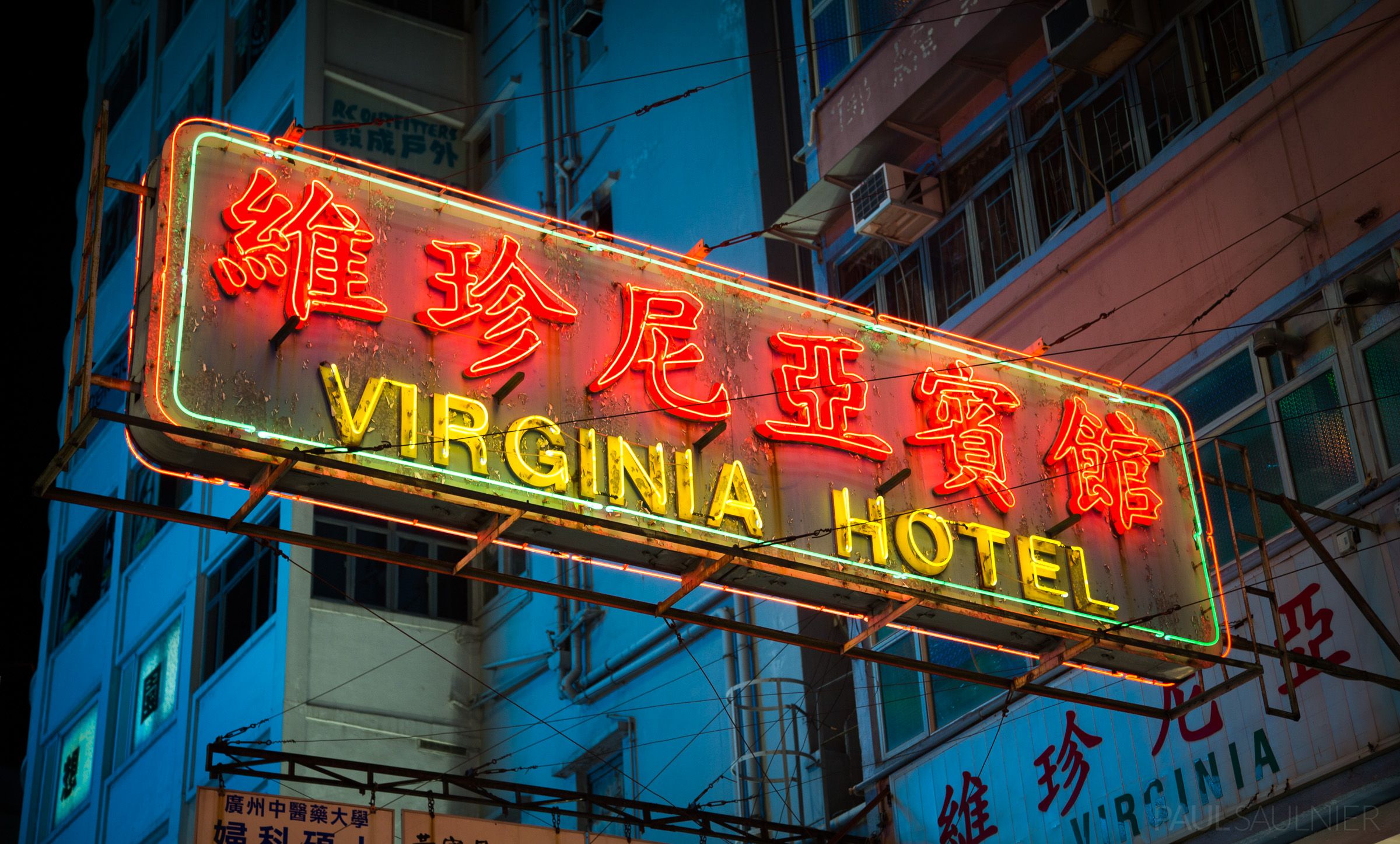 This is one of my favourite signs that I saw in Hong Kong. It is bright and colourful, with subtle signs of aging indicating that this business has operated here for a while. 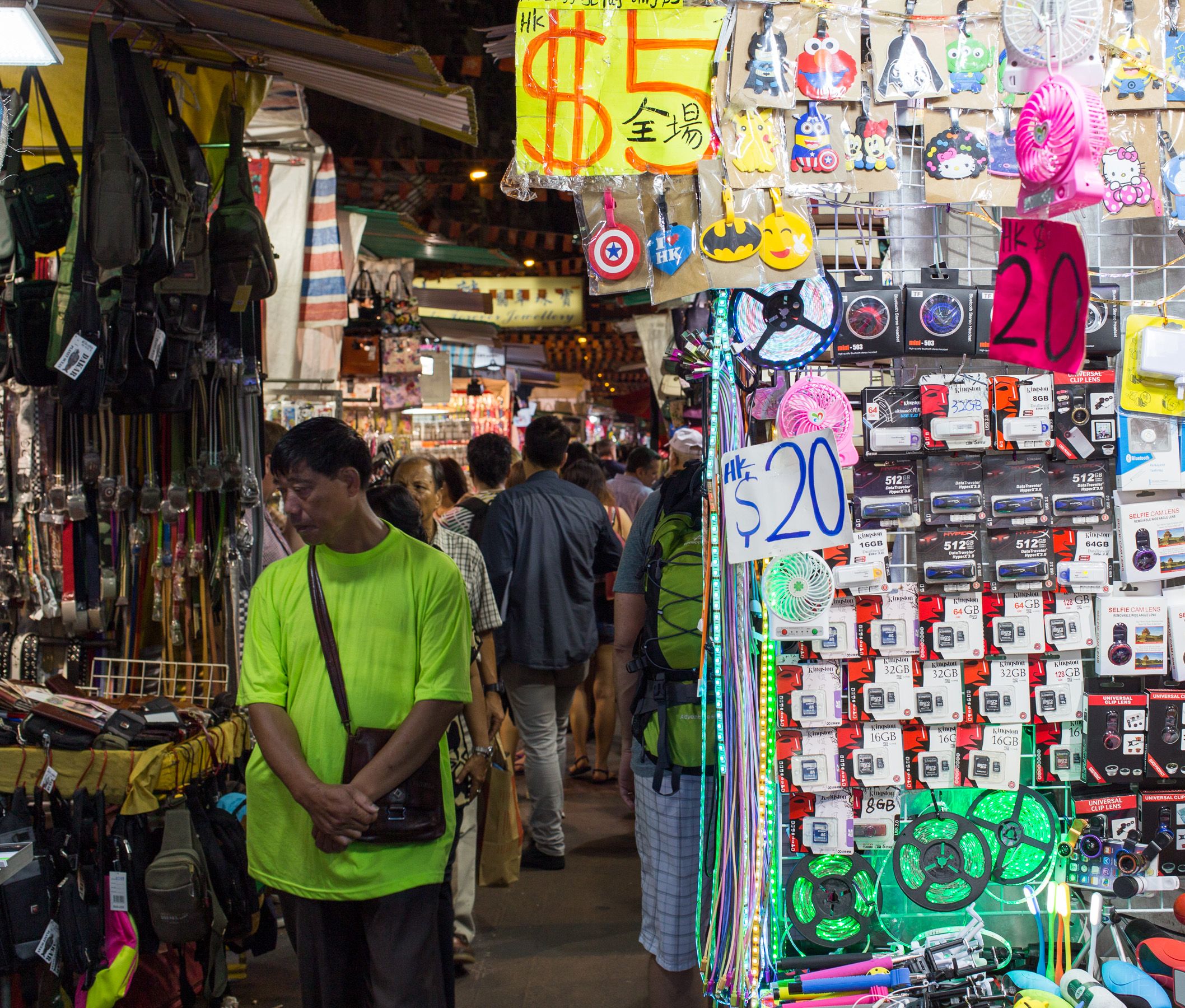 Temple Street is a very busy flea market, especially at night. You can buy all kinds of items, including cheap electronics, cartoon characters featured as USB drives, toys, and more! 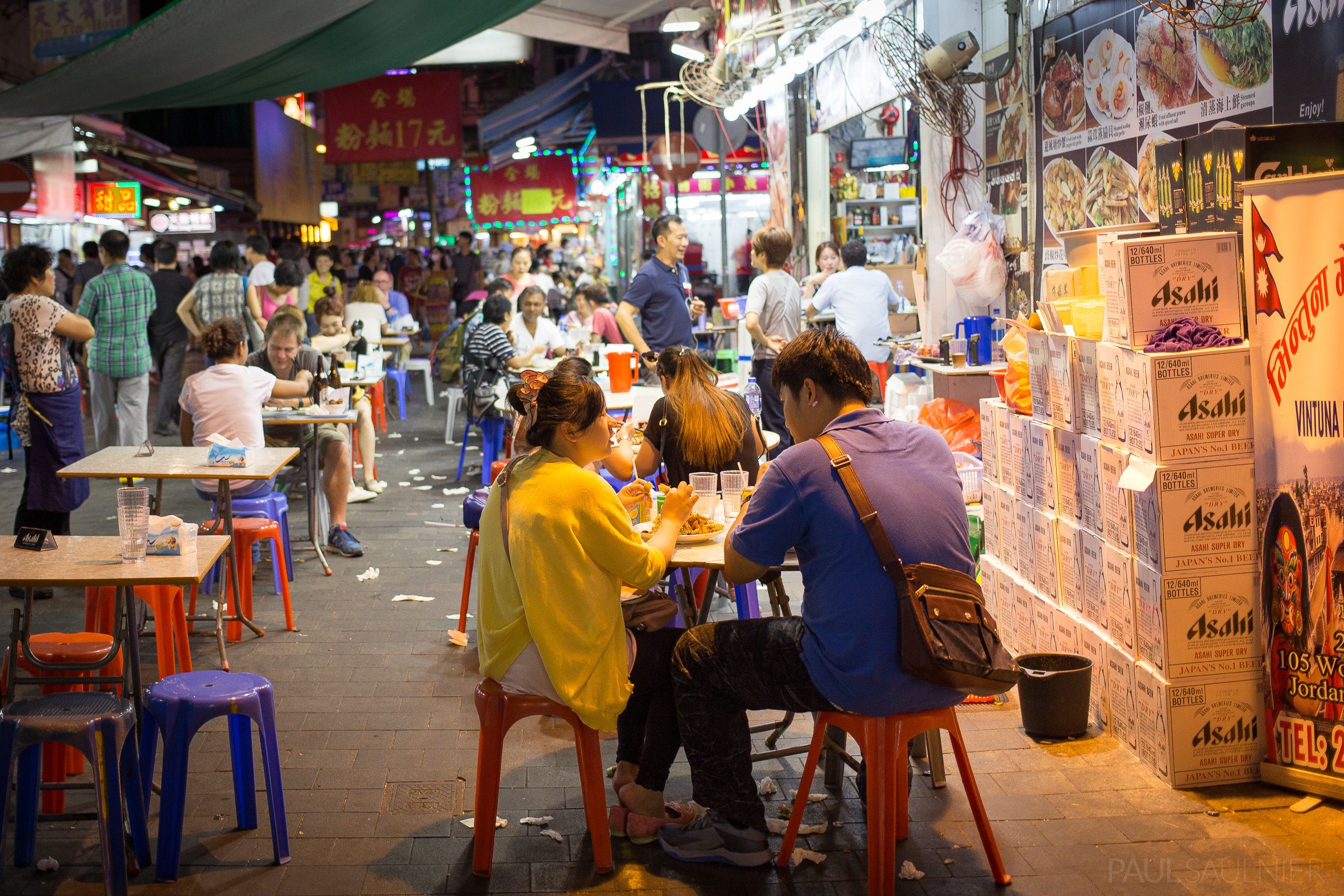 Temple Street is also a great place for local eats. 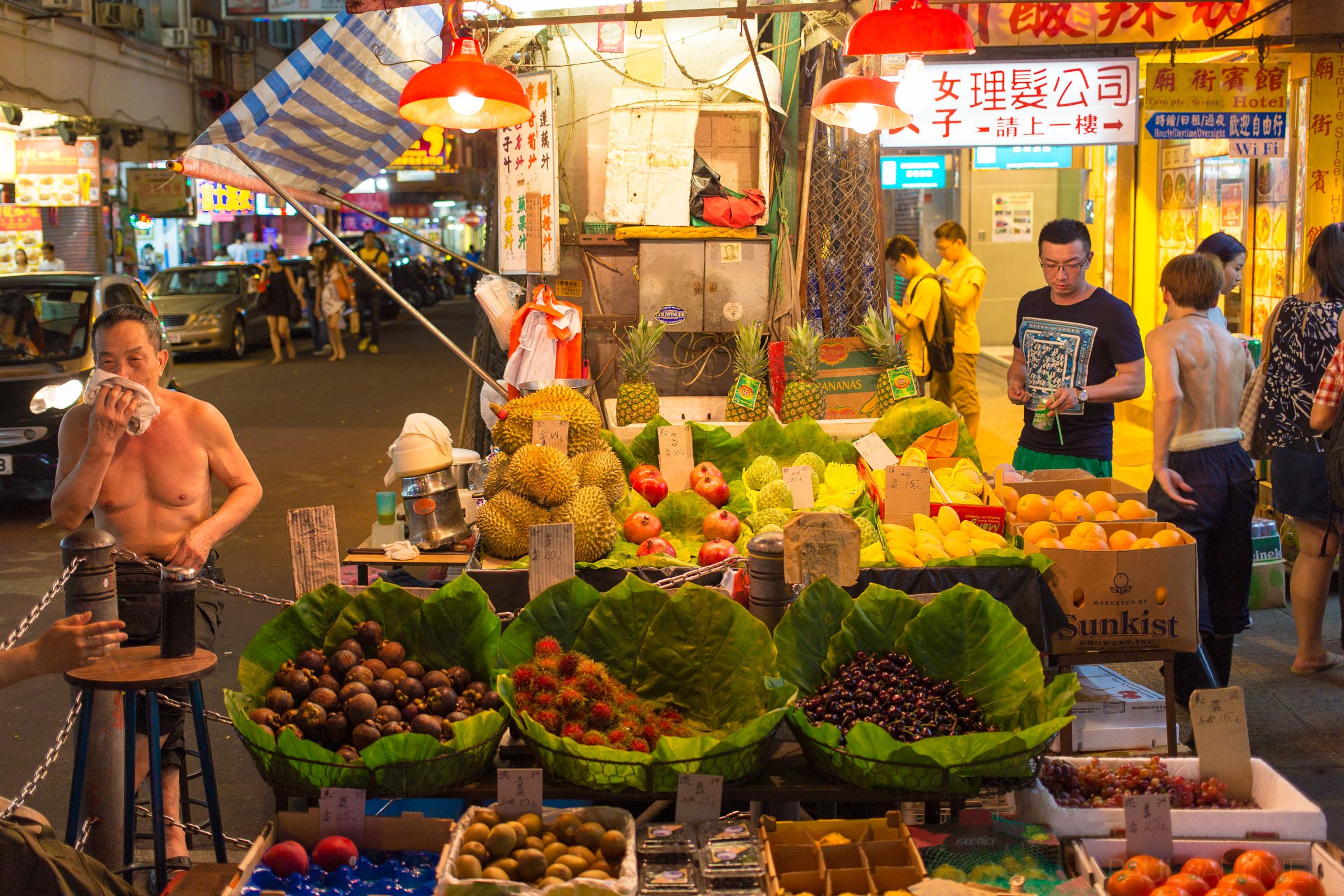 Like China, you can purchase produce and other food items from street vendors as well. 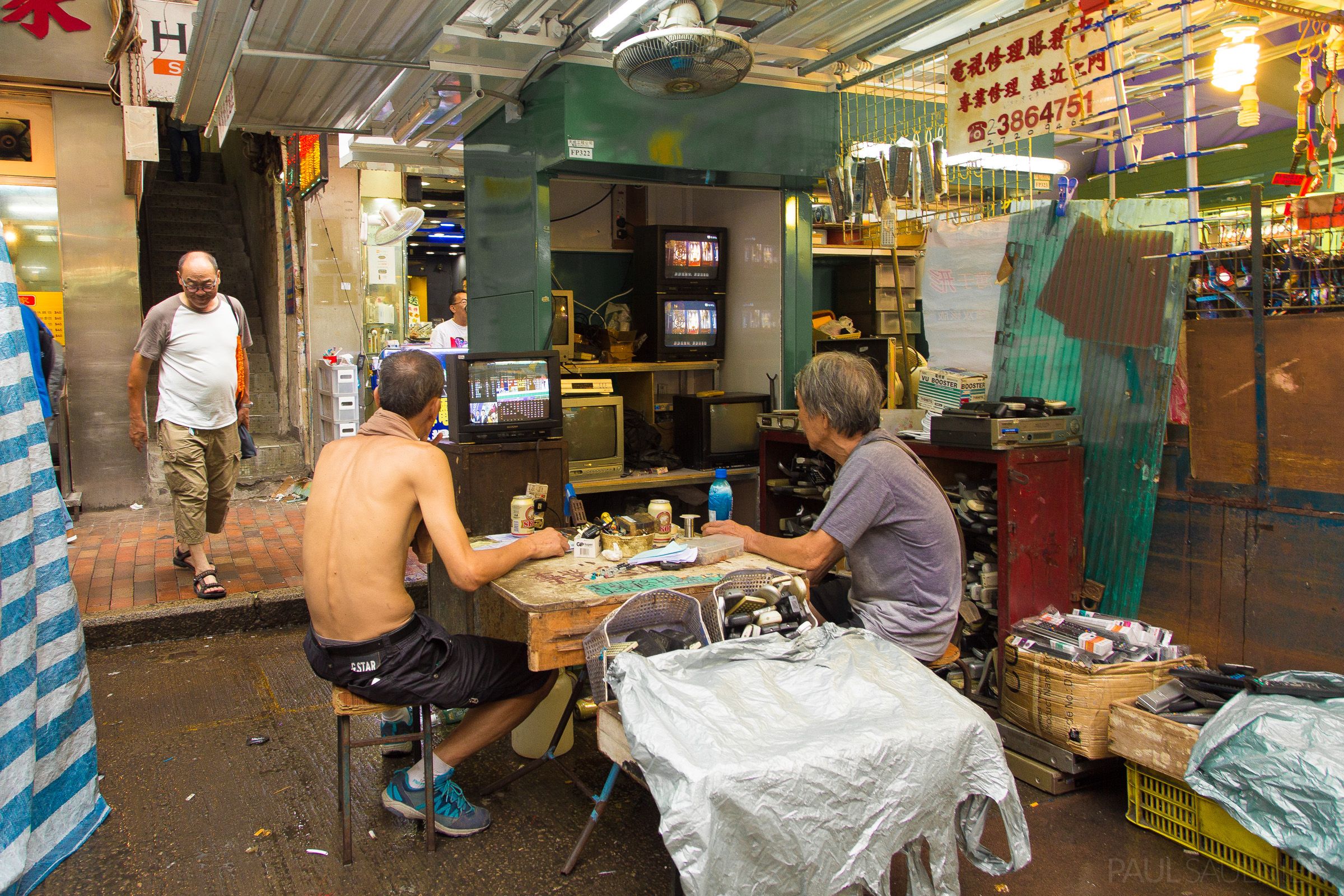 Sham Shui Po is another street market, which is regarded by some as a little more gritty than the other areas. Cheap electronics and other kinds of shopping are also popular here. 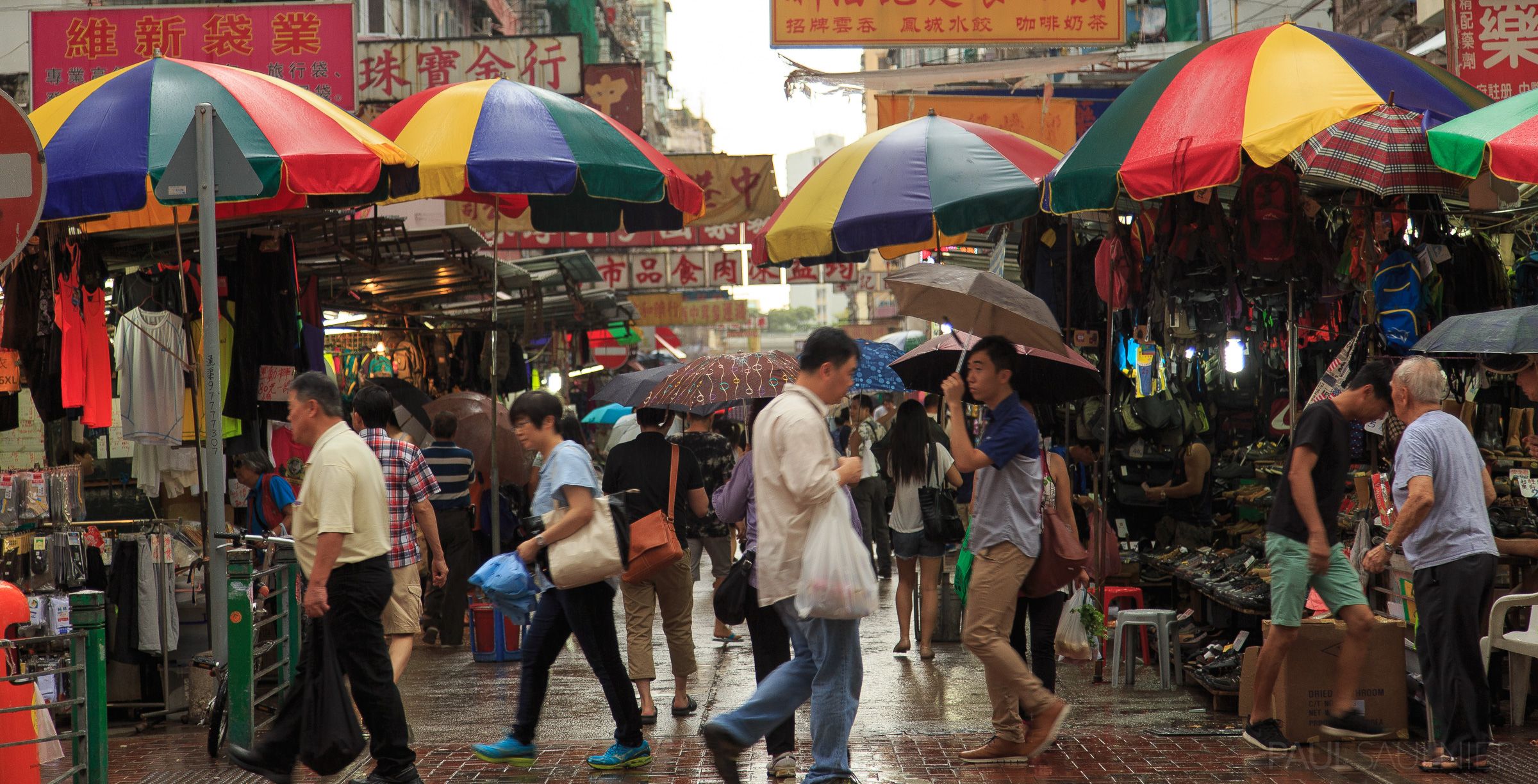 Sham Shui Po was one of my last stops to visit in Hong Kong. A major rainfall struck shortly after I arrived. The locals sought shelter under the umbrellas very quickly!