I am currently in Houston for work. Heavy rains (as reported widely in the news) began on Sunday night, resulting in emergency flash flood warnings. Even though my client’s office is only 2 blocks away, flooding preventing me from walking to it. Most of Houston was shut down on Monday.

Below are a few photos which show the flood situation near my hotel. 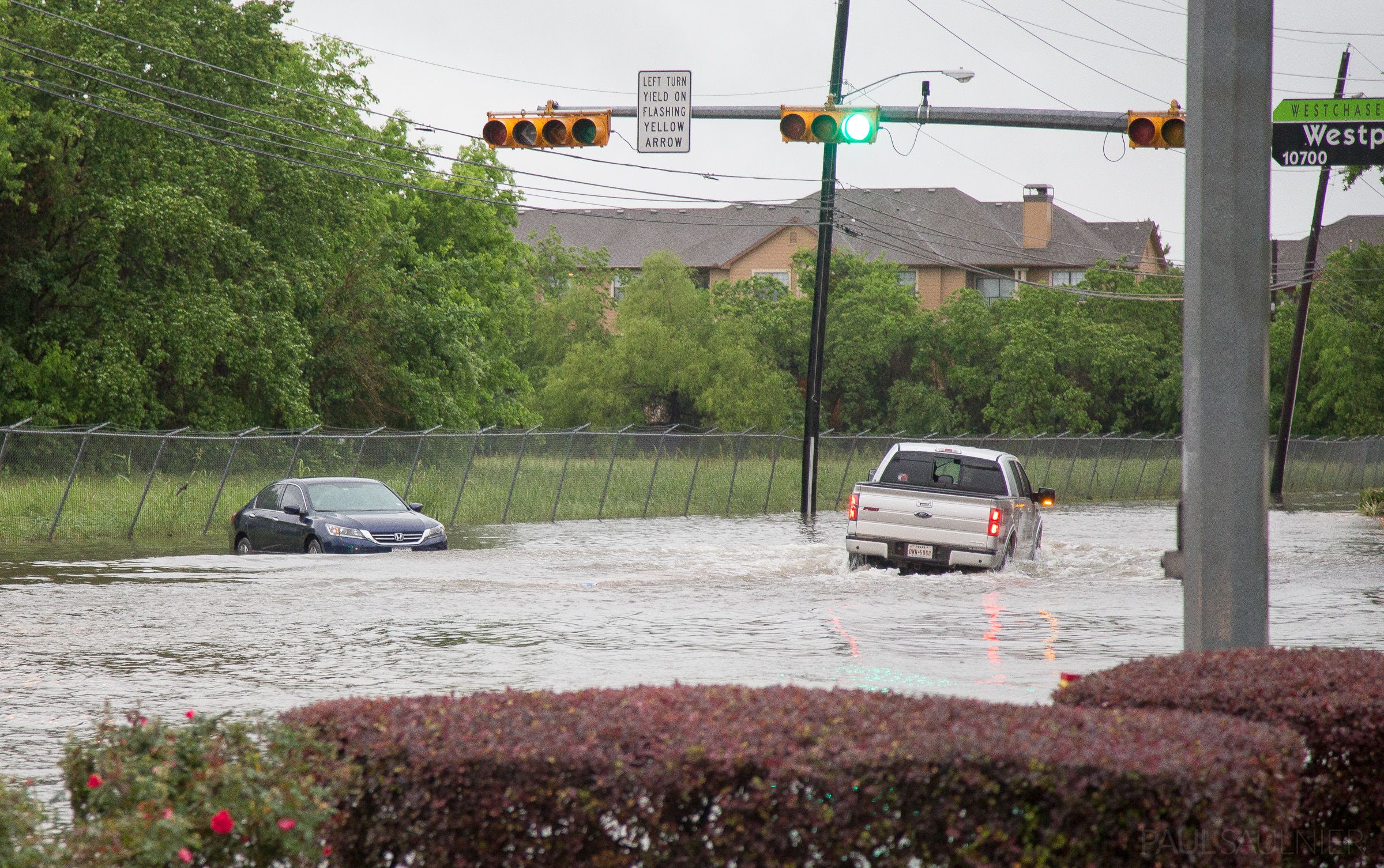 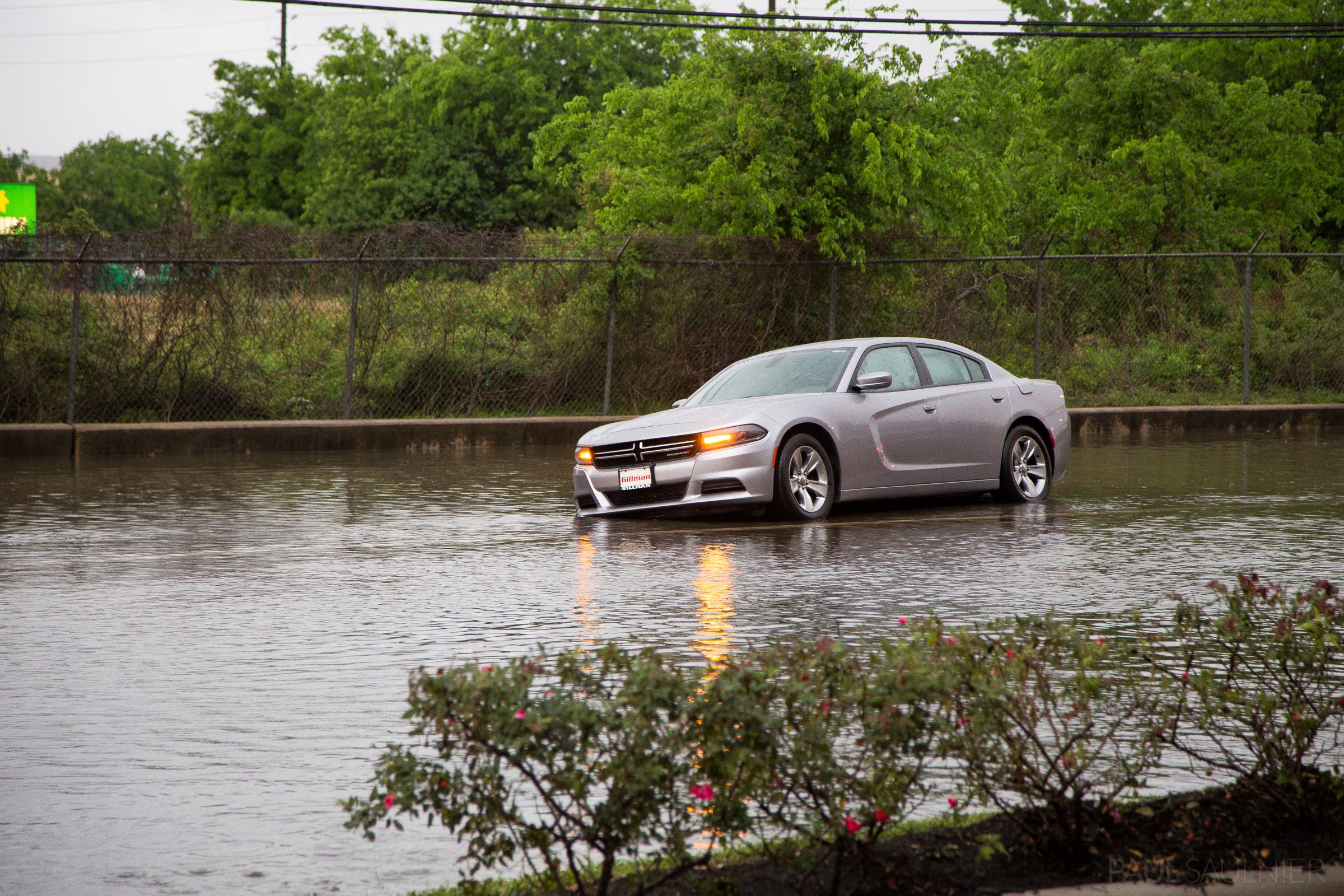 This driver purposely drives onto the median in an effort to save his car. 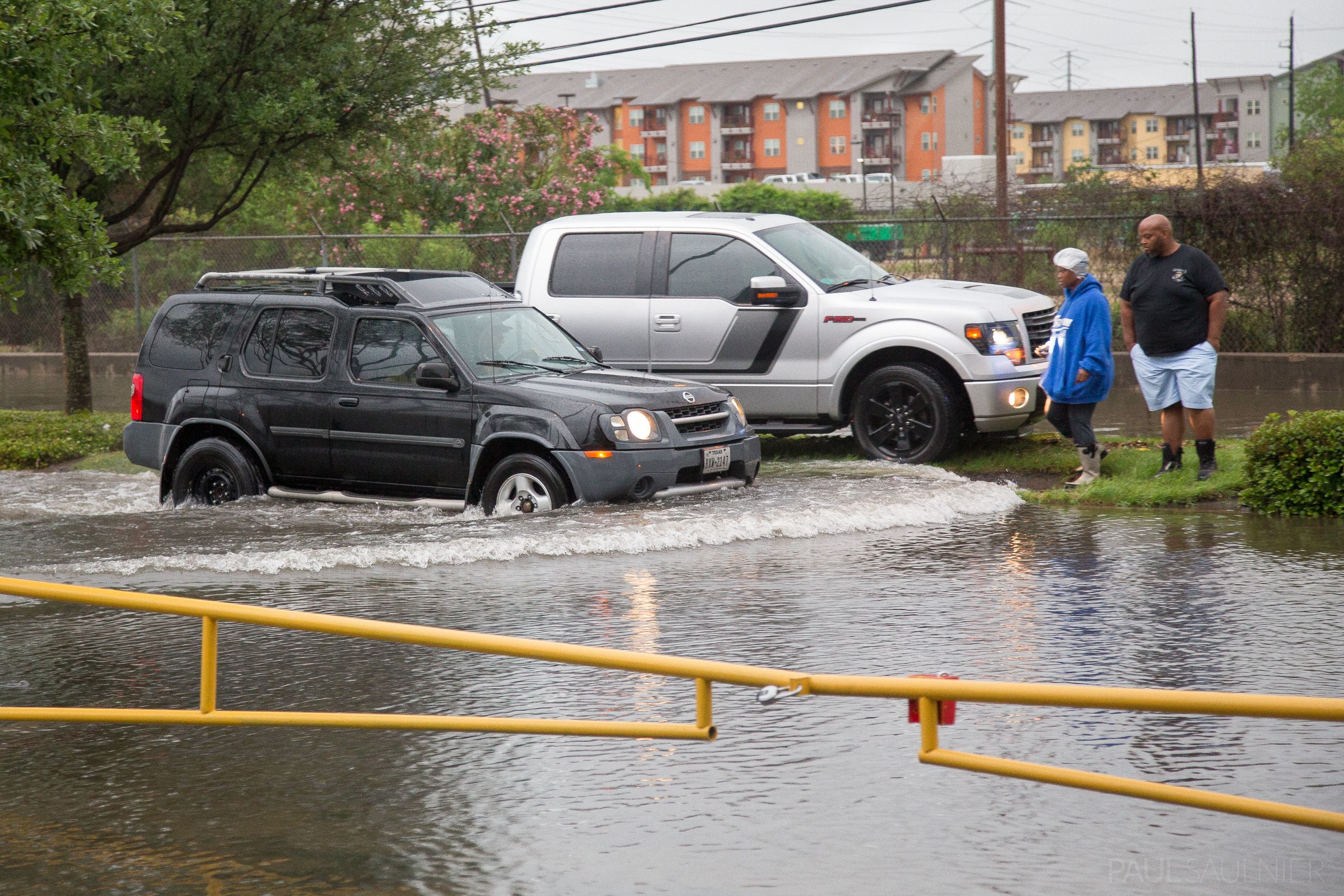 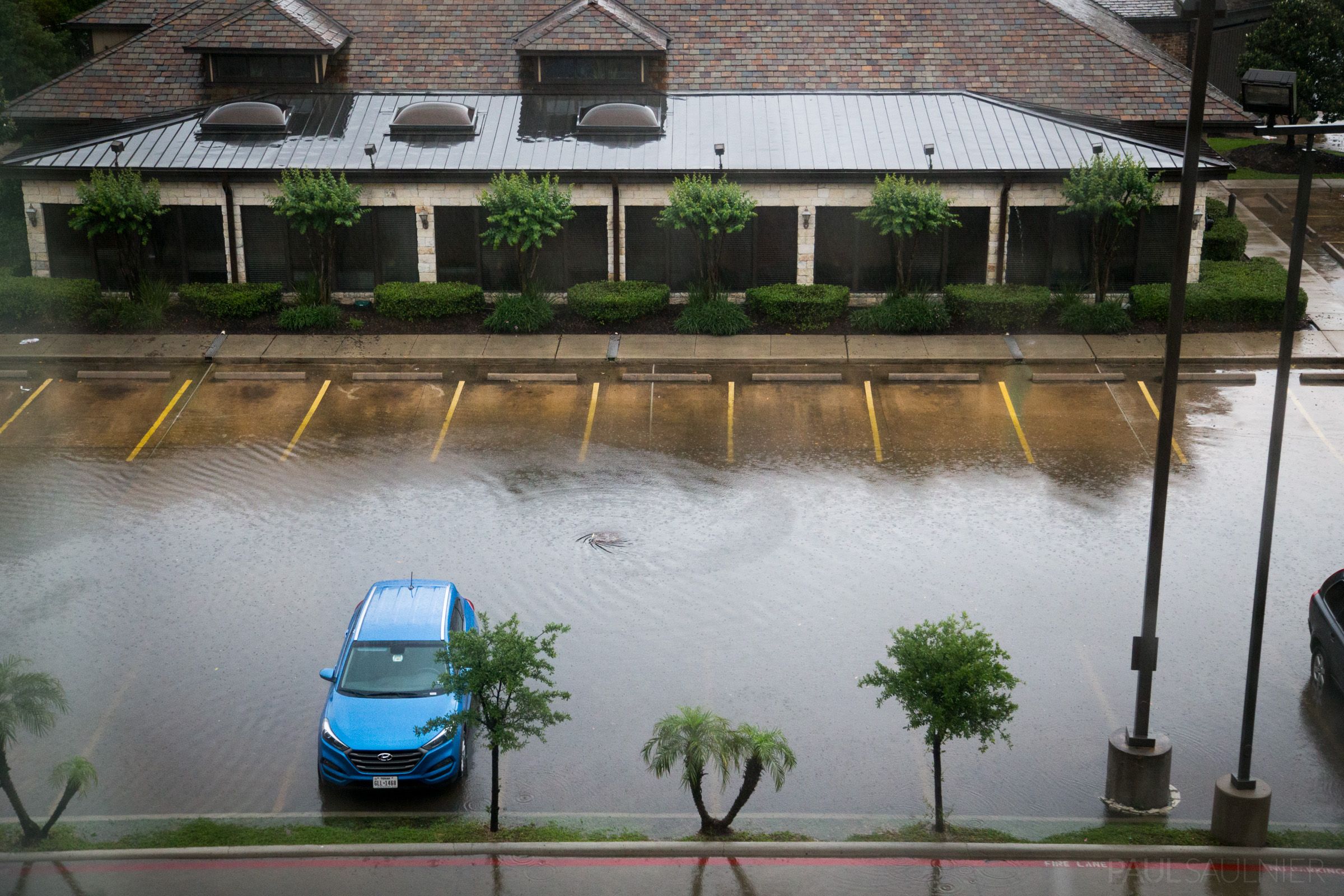 I went into this restaurant across from my hotel last night during light rain. Heavy rains quickly developed, and I got drenched when returning to the hotel later. 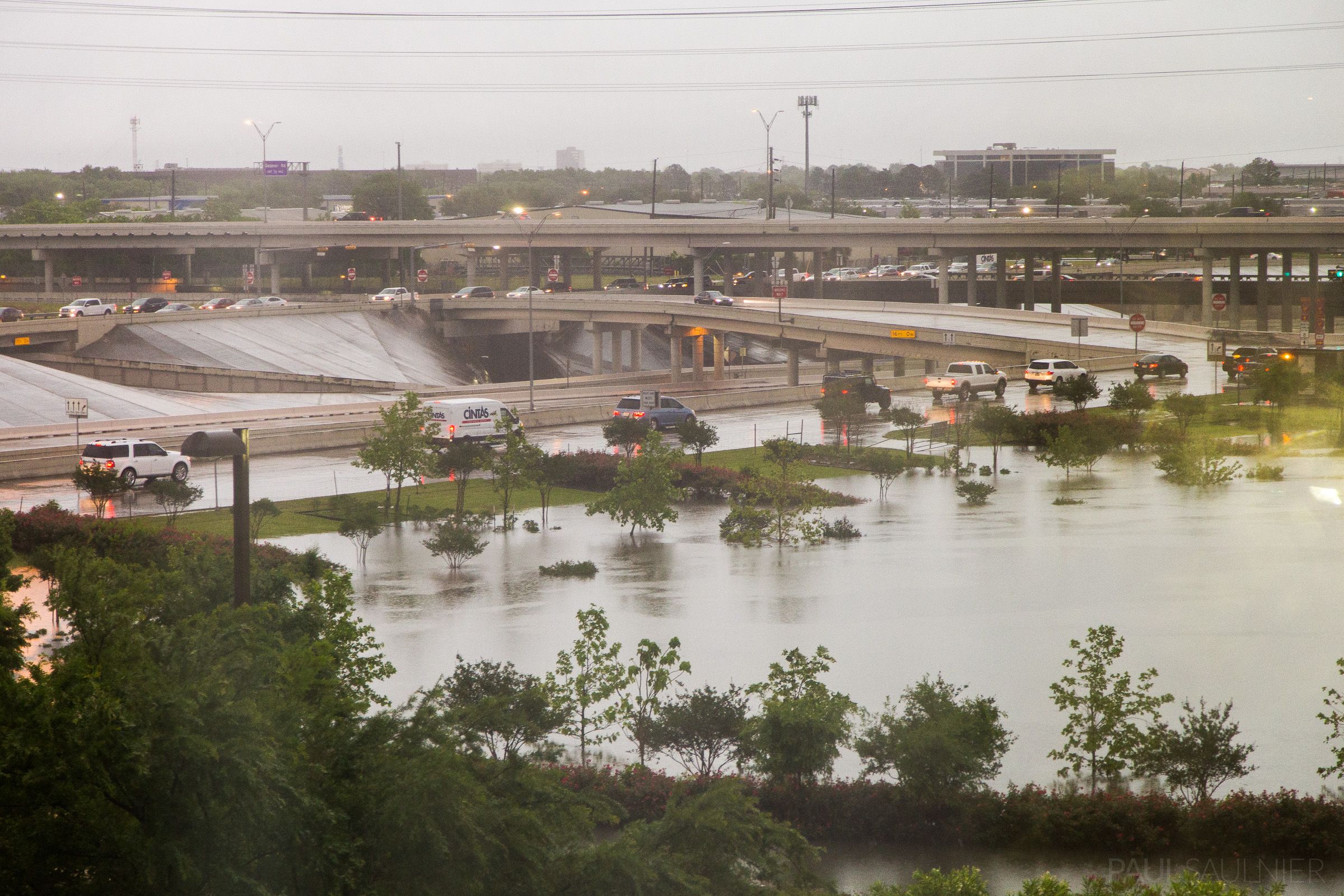 Many highways were shut down, with only minimal traffic moving through. There’s a retaining pond next to this highway, which is specifically designed to retain water part of flood mitigation. 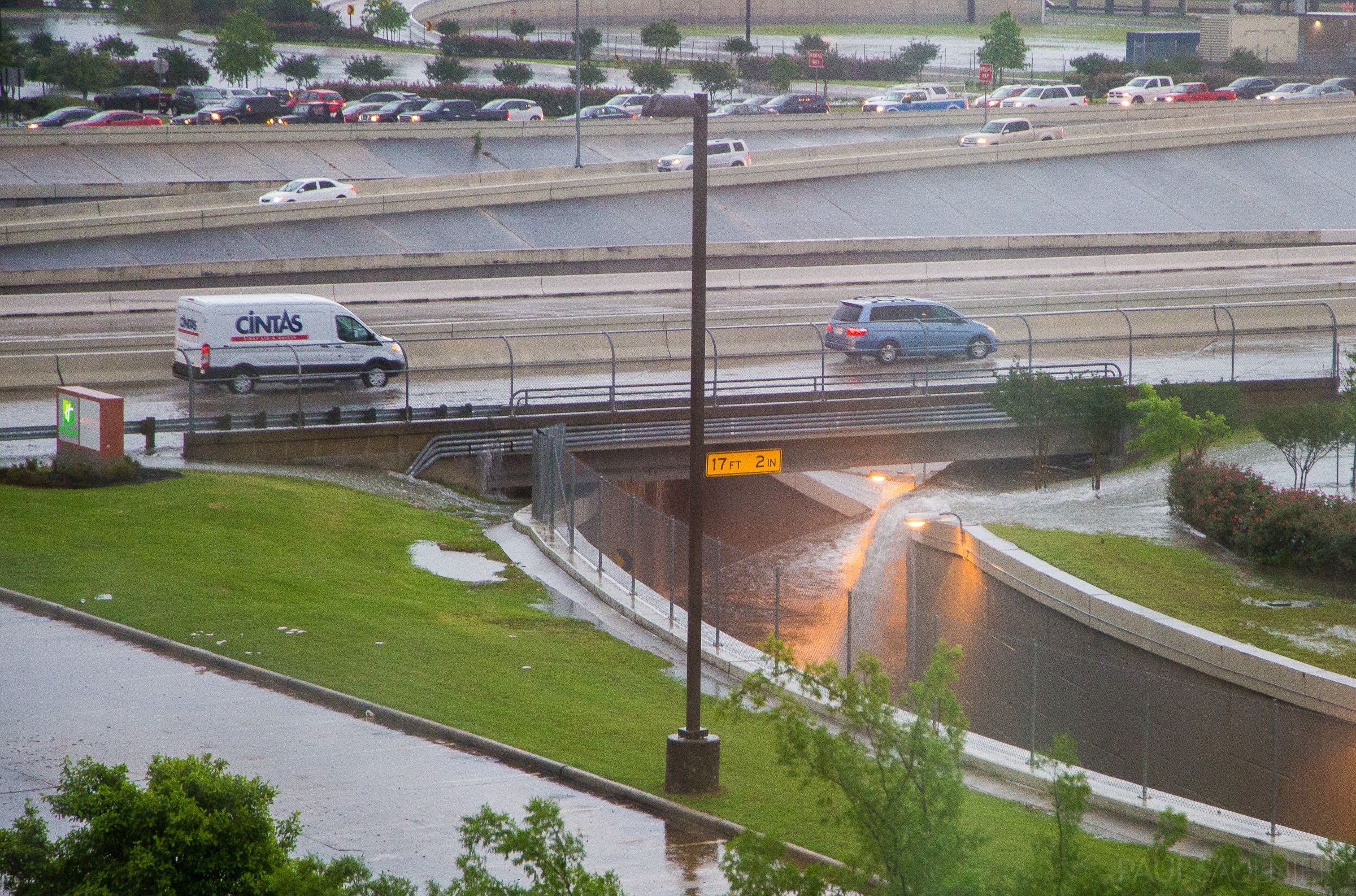 However, the retaining pond is currently overflowing into the underpass! 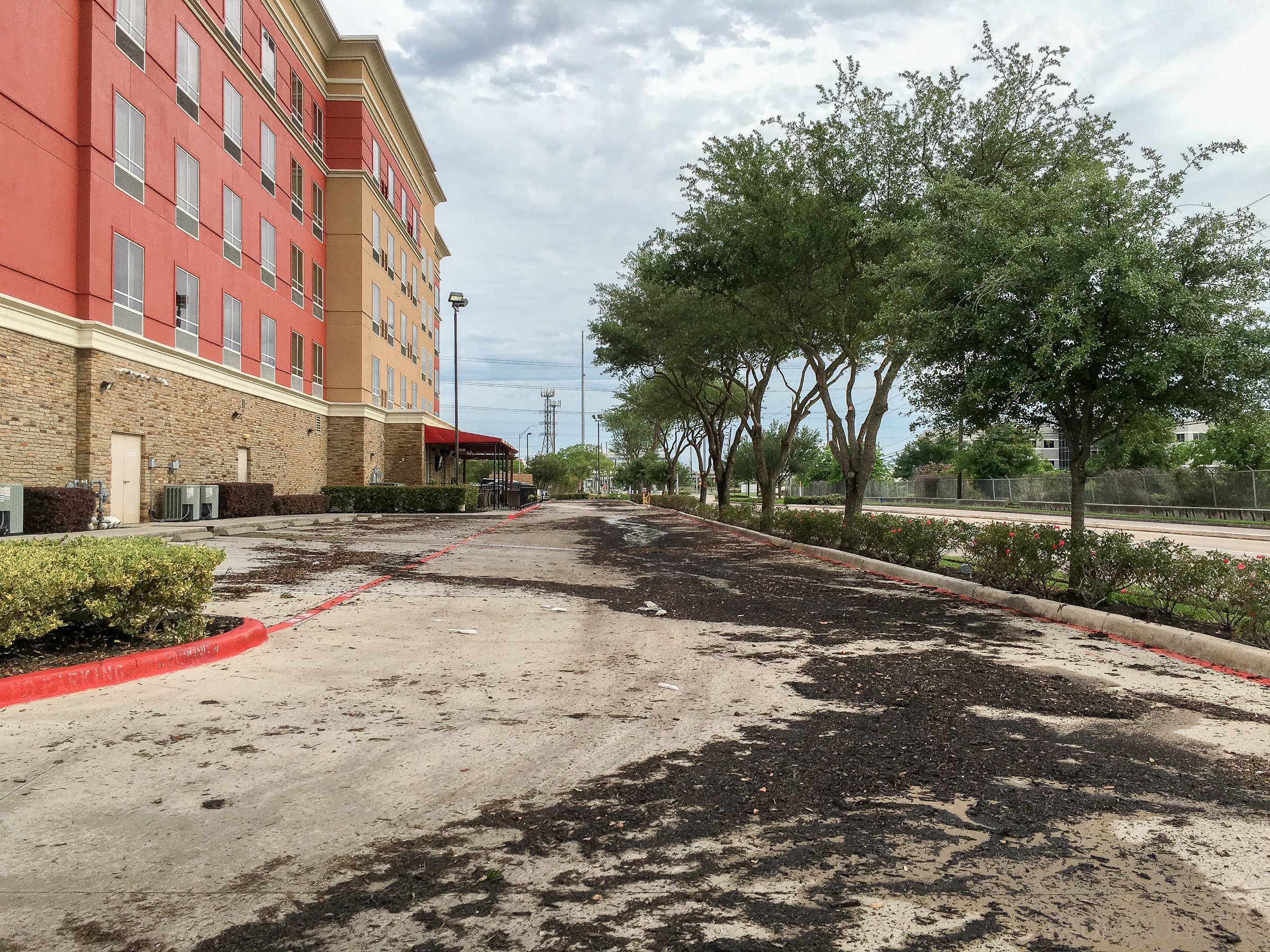 Hours later, the water has disappeared, but a mess remains.

One thought on “Flooding in Houston”