See also my photos from Tuesday, May 5th: Red Mile after Flames win against Ducks

On Saturday night, the Calgary Flames won game 6 at home in the Scotiabank Saddledome against the Vancouver Canucks, eliminating them. Following the game, thousands of fans flooded 17th Avenue recreating the infamous Red Mile, a term first coined for the strip back in 2004 when the Flames nearly won the Stanley Cup. The city and police have smartly chosen to manage the street party without restricting it. They closed down the street to cars entirely, allowing fans to flood the bars and party in the street. This lasted for hours.

In Vancouver, a surprise display of fireworks lit the sky moments the final buzzer of the game went off. Even the Olympic Cauldron was lit! Apparently, the fireworks were for a private event, not to actually celebrate the elimination of the Canucks from the cup. Many Flames fans found the very unfortunate timing quite hilarious.

I live only a few blocks from 17th, so I joined the street party with my camera. I’m no hockey expert, but during playoffs, nearly all Calgarians become Flames fans. 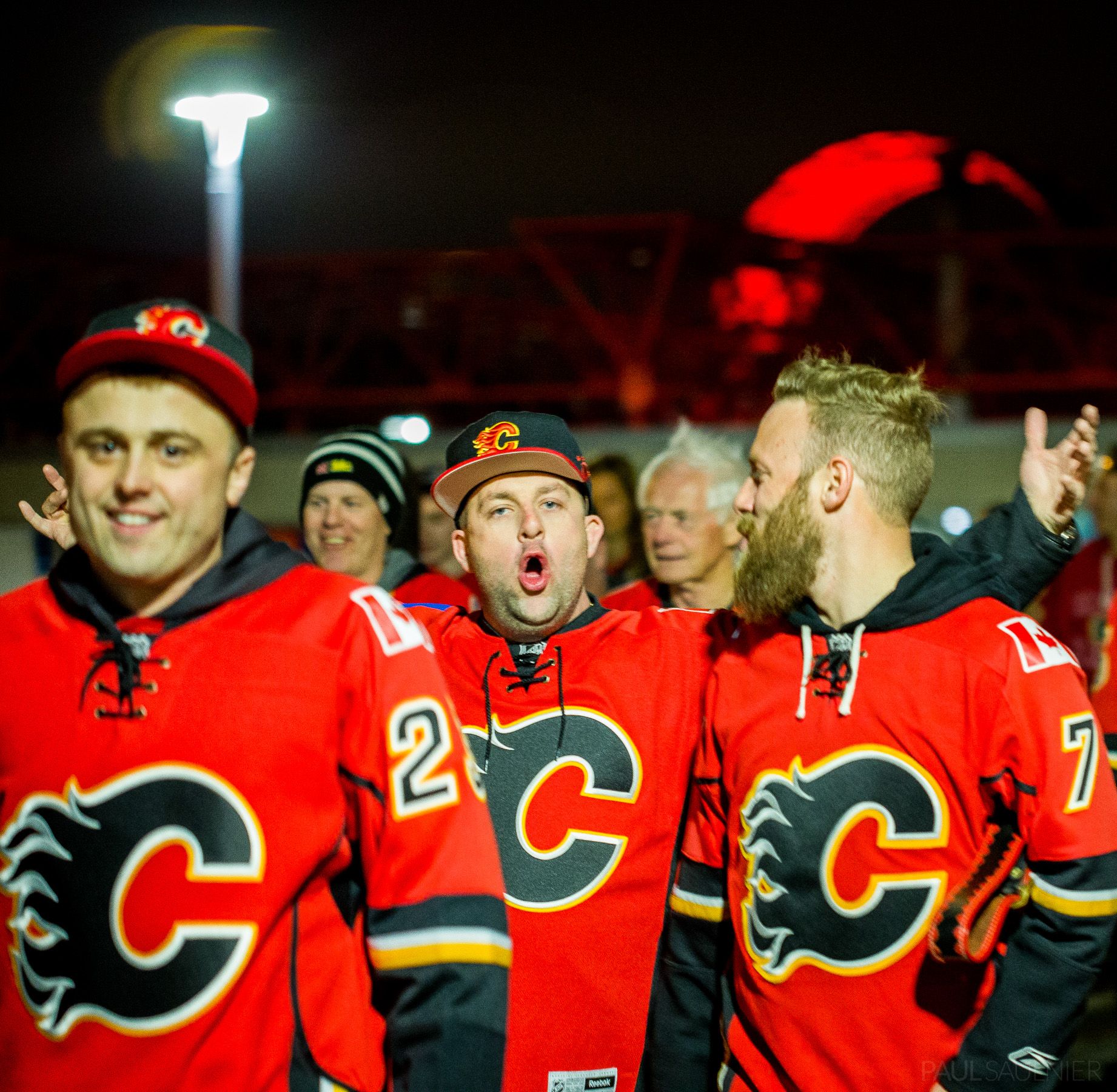 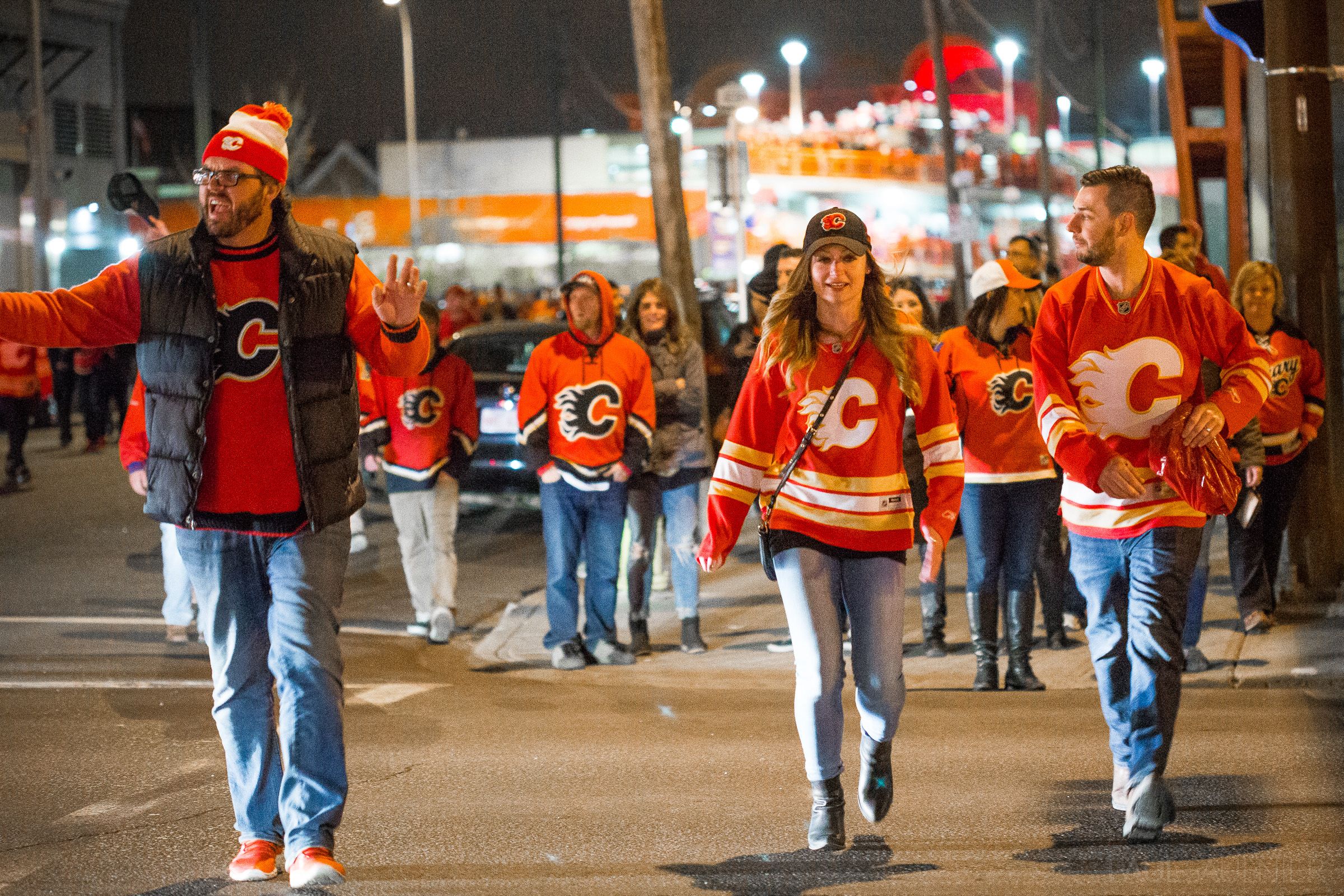 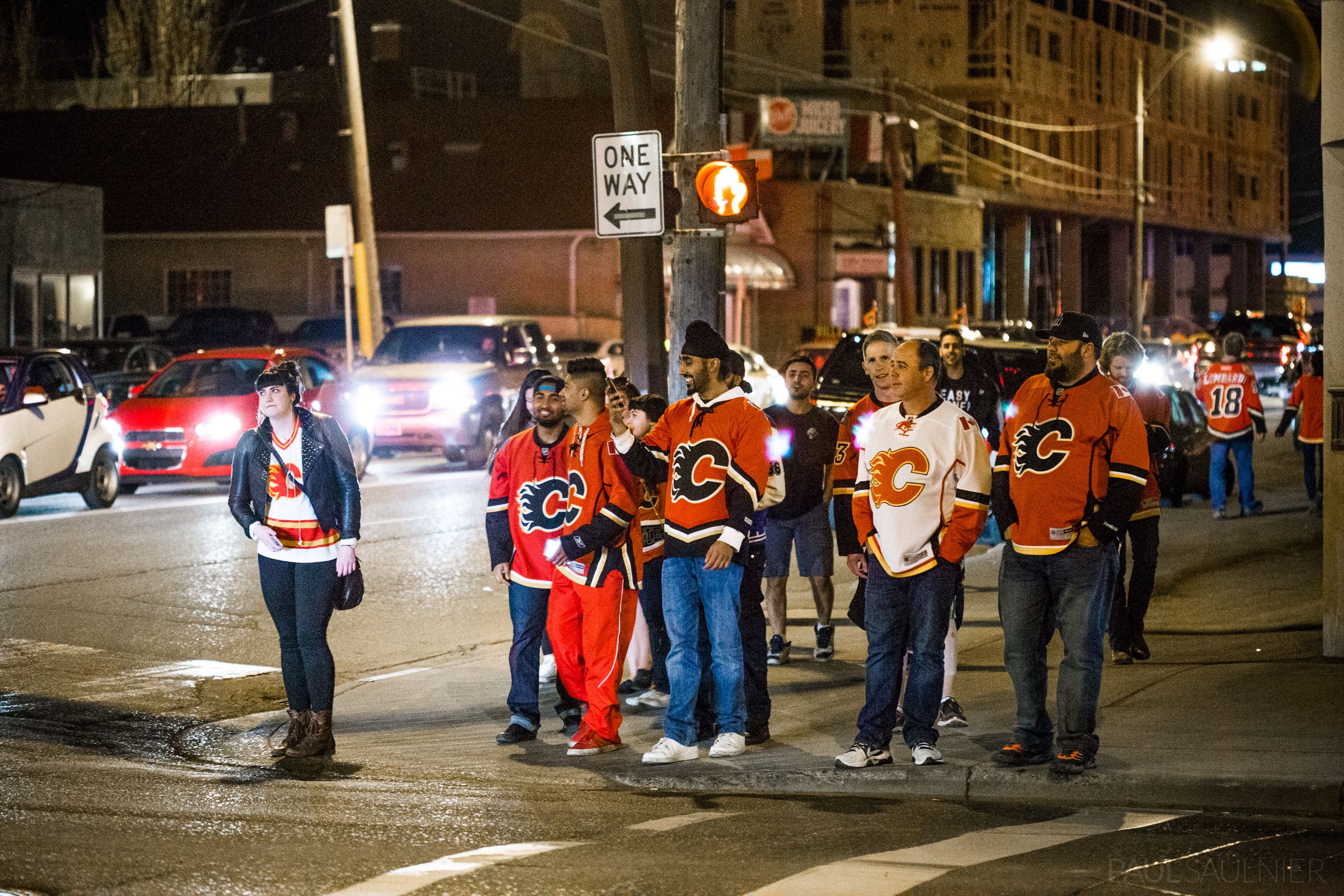 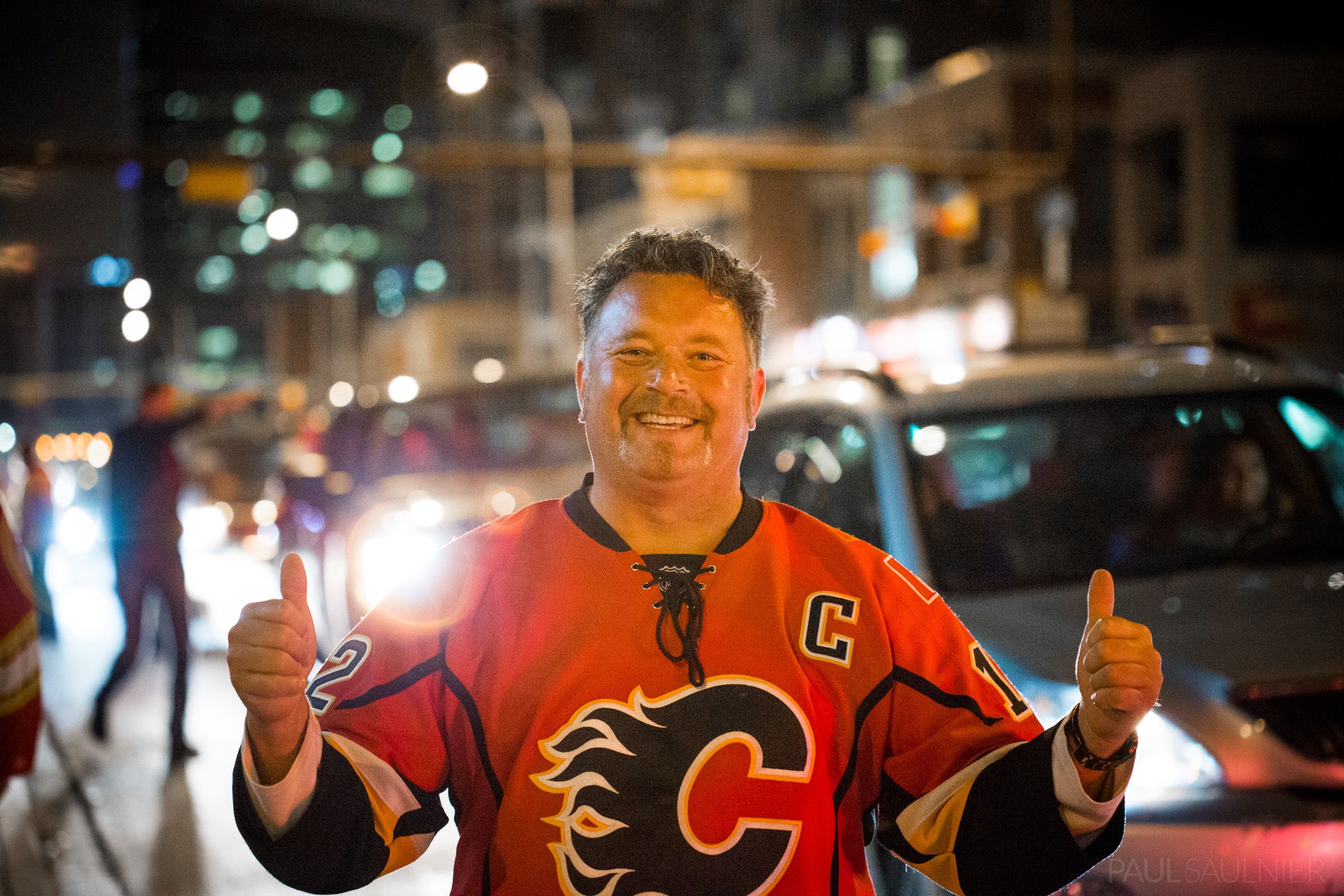 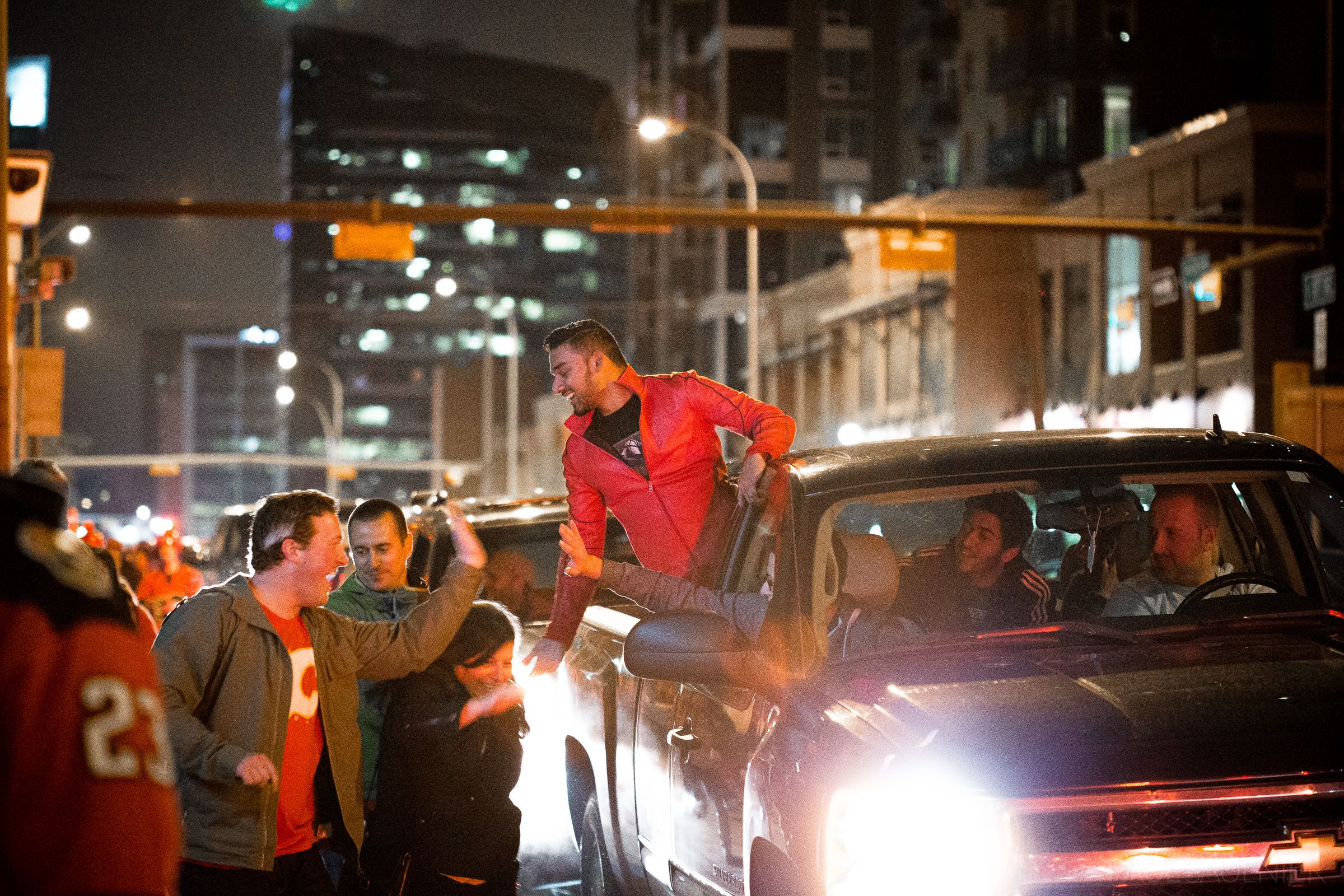 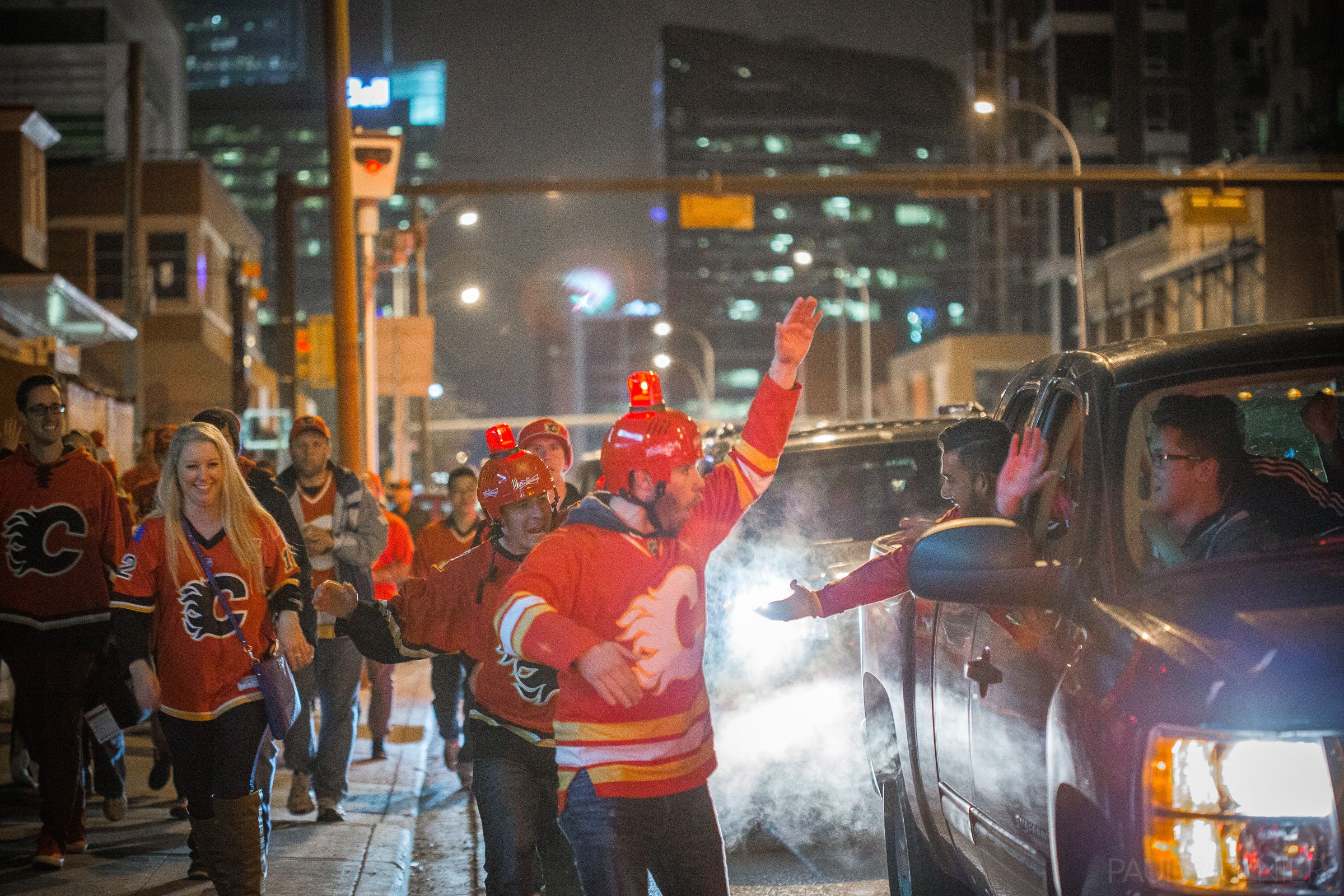 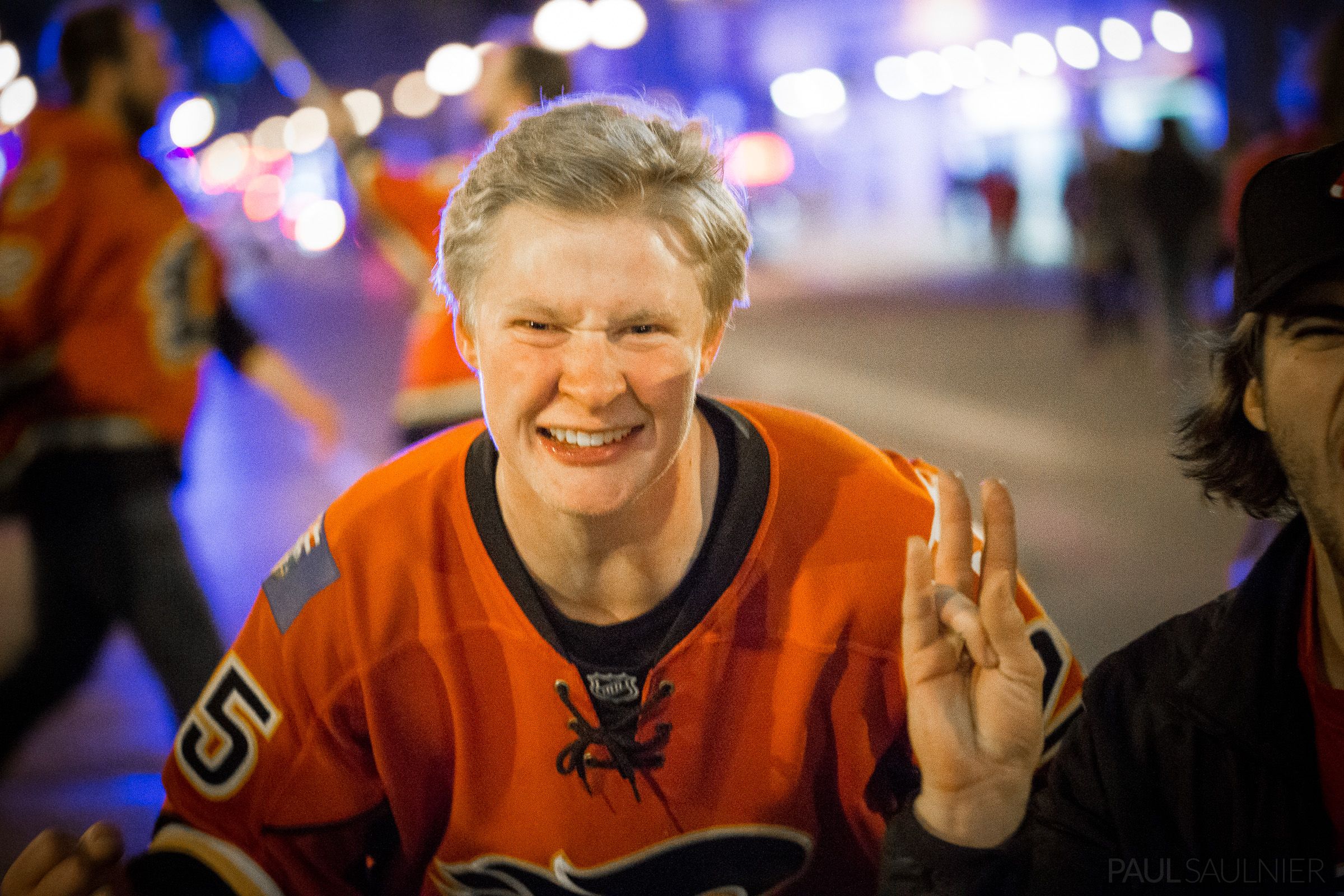 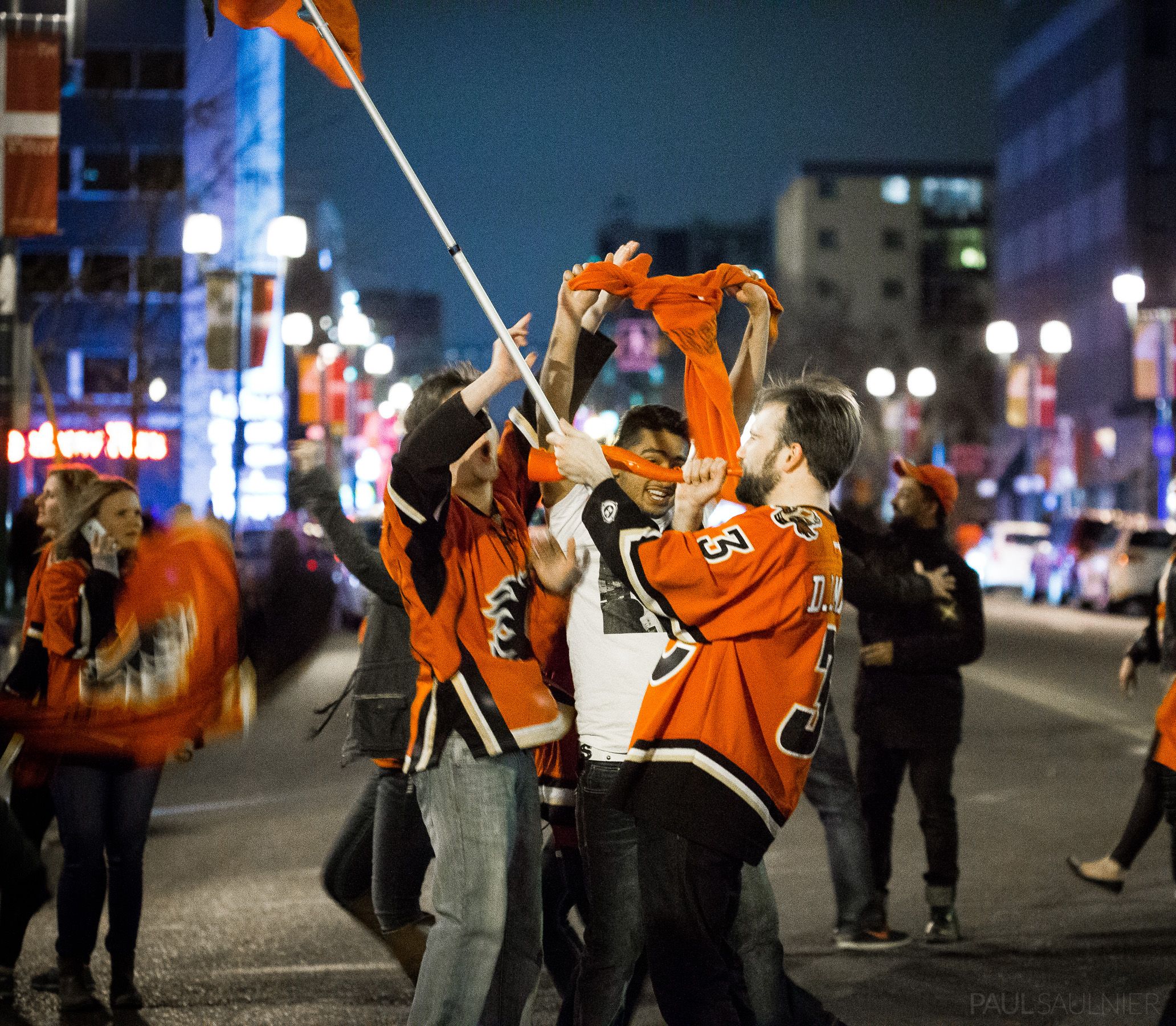 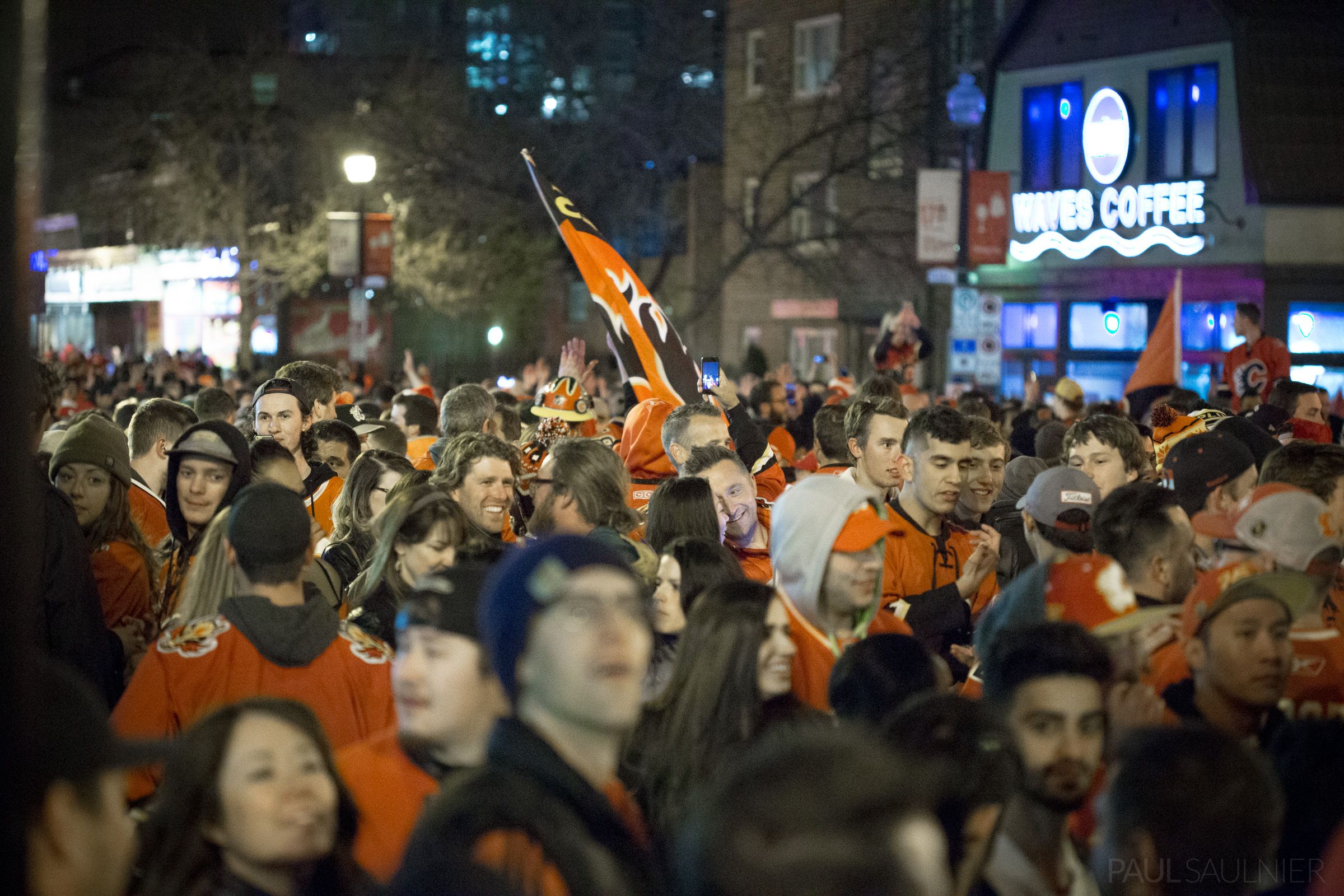 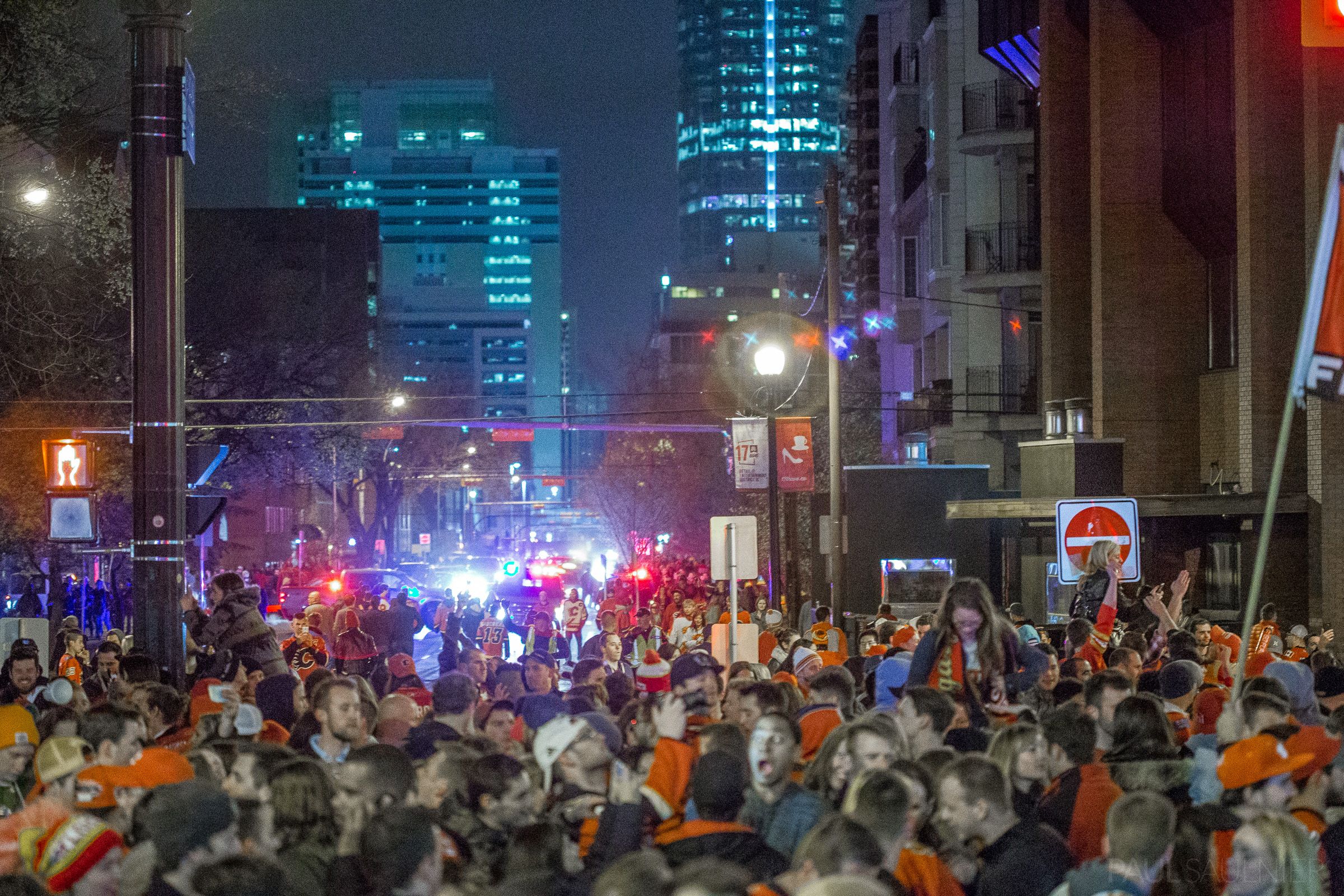 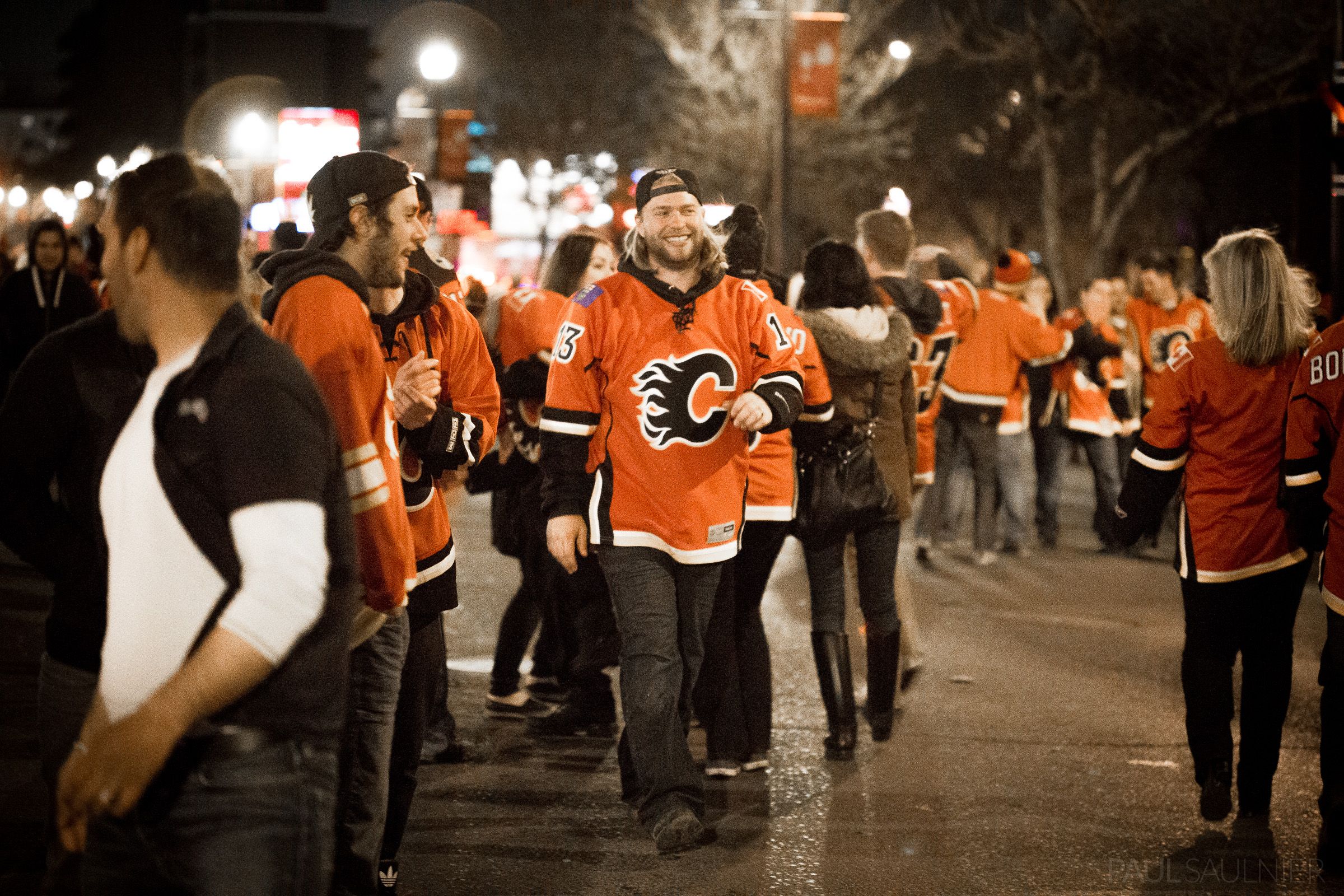 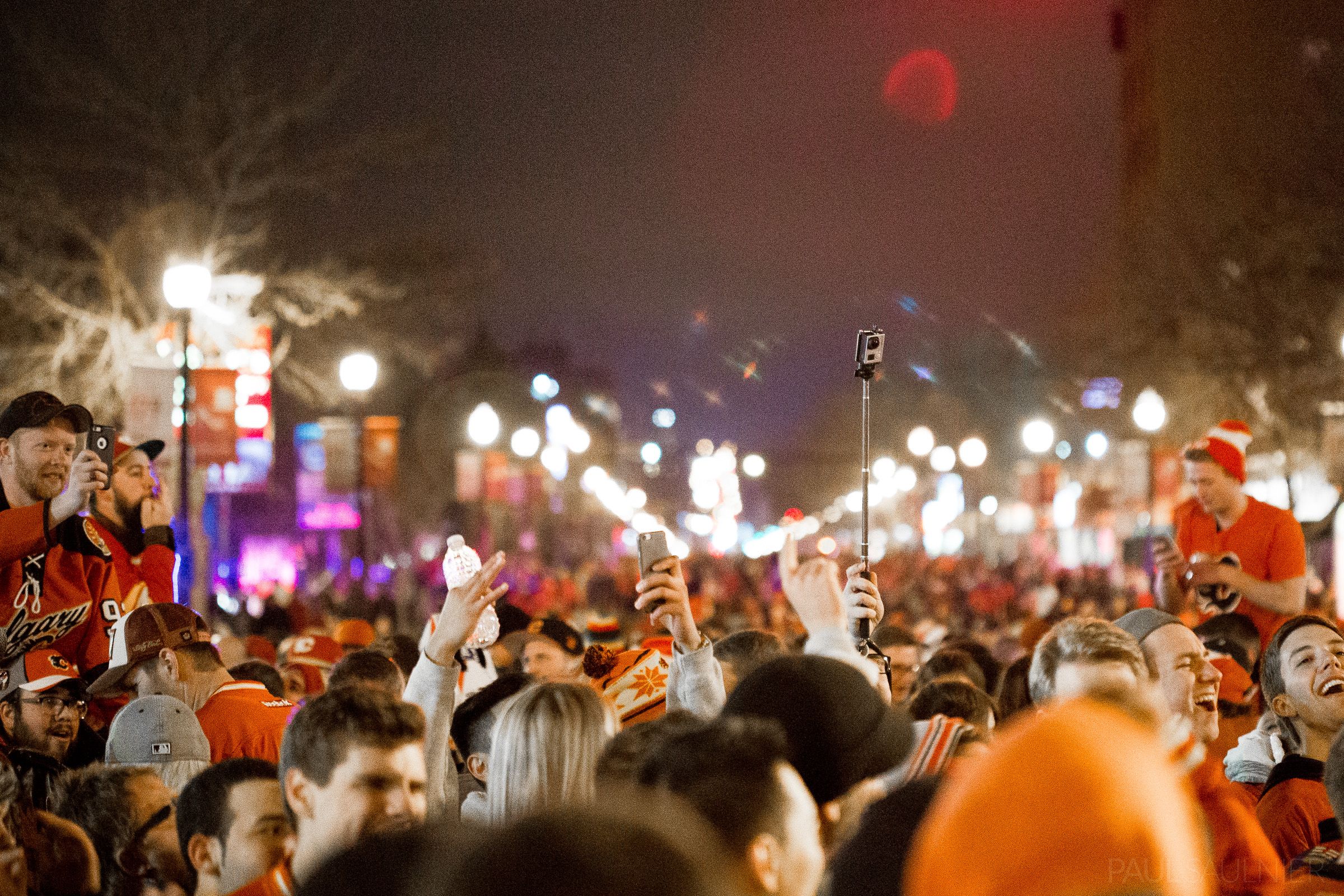 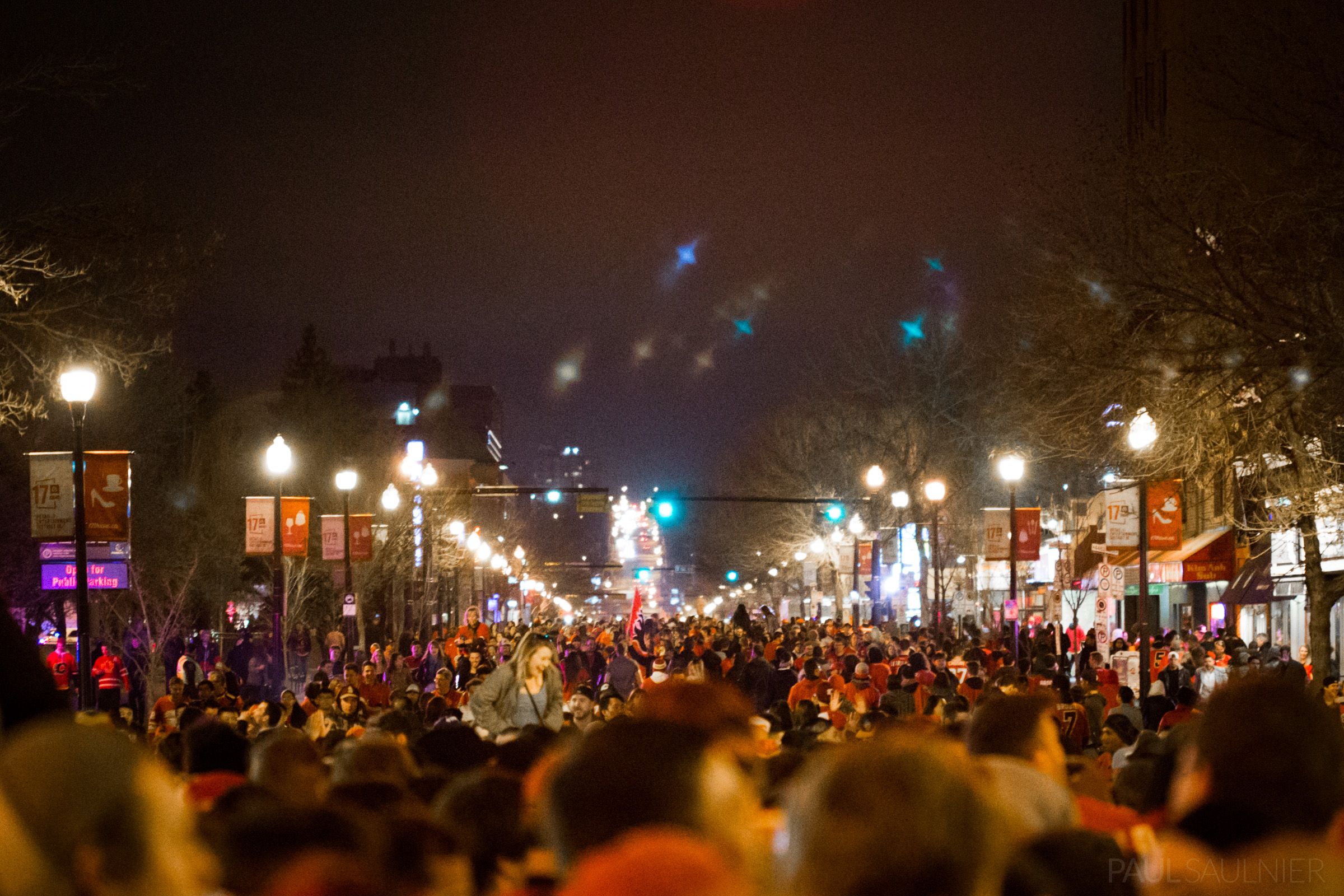 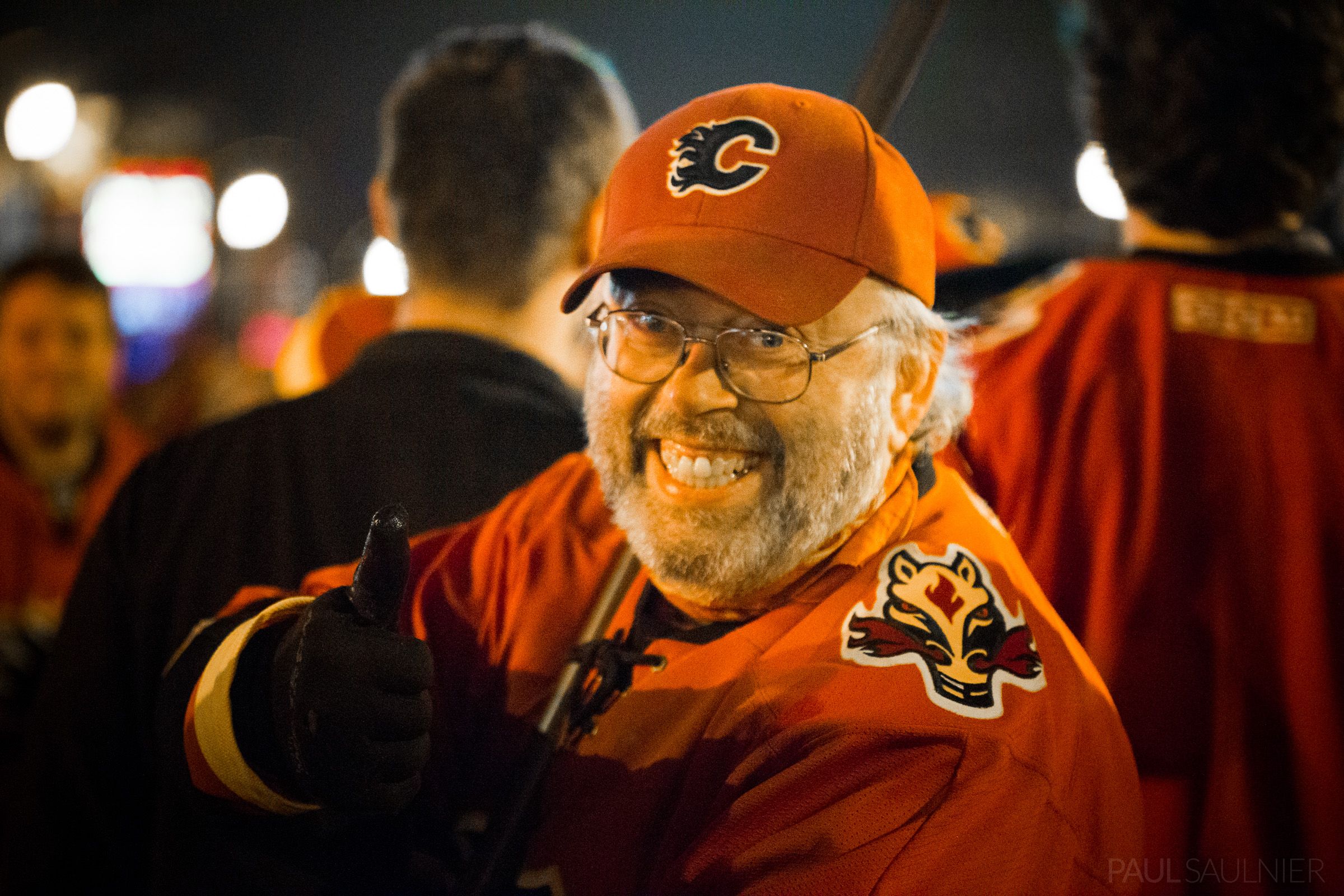 One thought on “Red Mile after Calgary Flames eliminate Vancouver”