Stephen Avenue is Calgary’s only pedestrian mall, and is one of the city’s most vibrant streets at all hours of the day. It is home to major shopping centres, including a Hudson’s Bay department store which has recently opened its own restaurant with a bar and patio. Most downtown streets are named numerically (e.g., 1 Street SE), but the title Stephen Avenue is used to describe a portion of 8th Avenue.

I’d like to share a few of my favourite photos taken on Stephen Avenue at night over the past year. 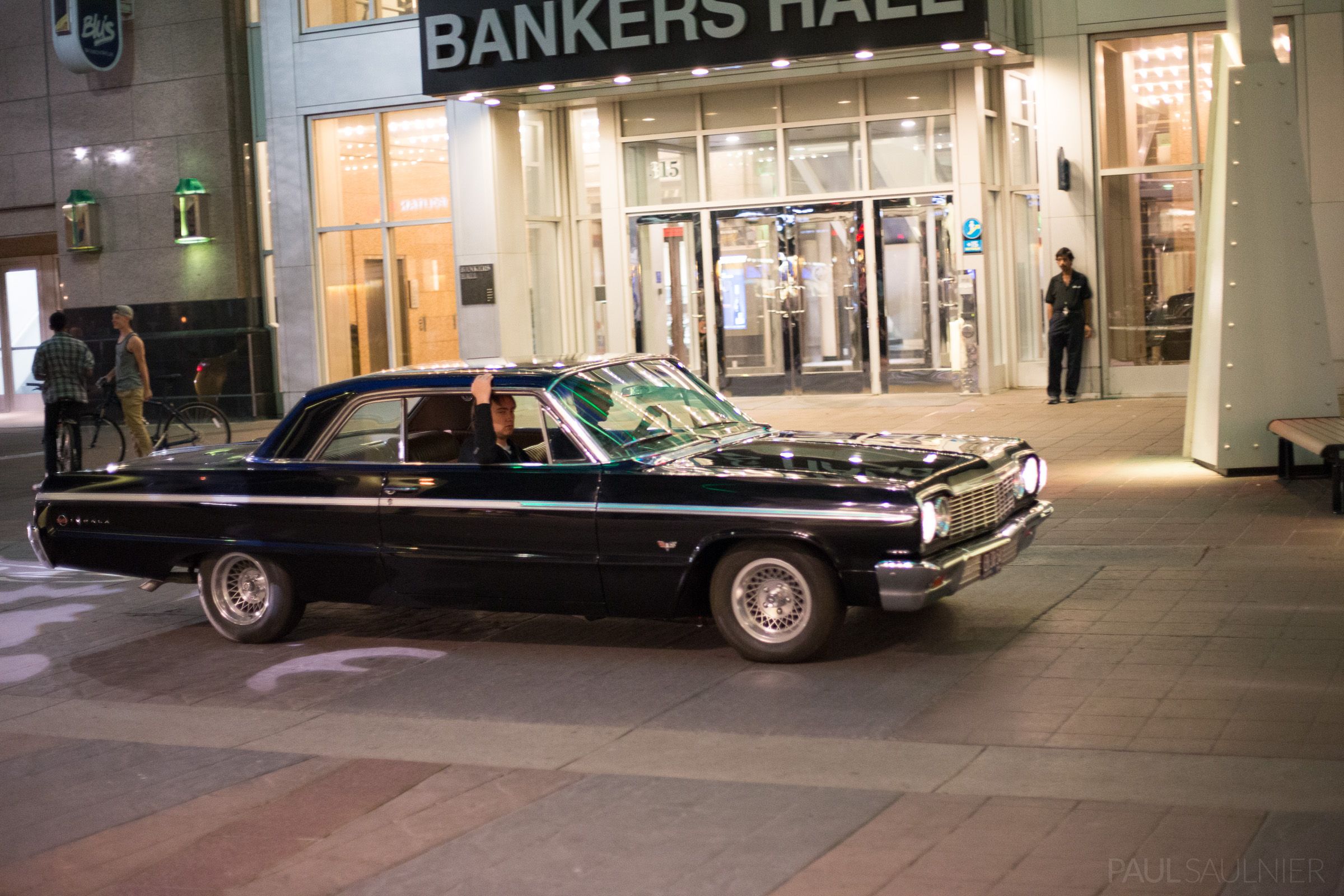 Interesting cars like this one stand out quite well due to the lightning conditions near Bankers Hall on Stephen Avenue. 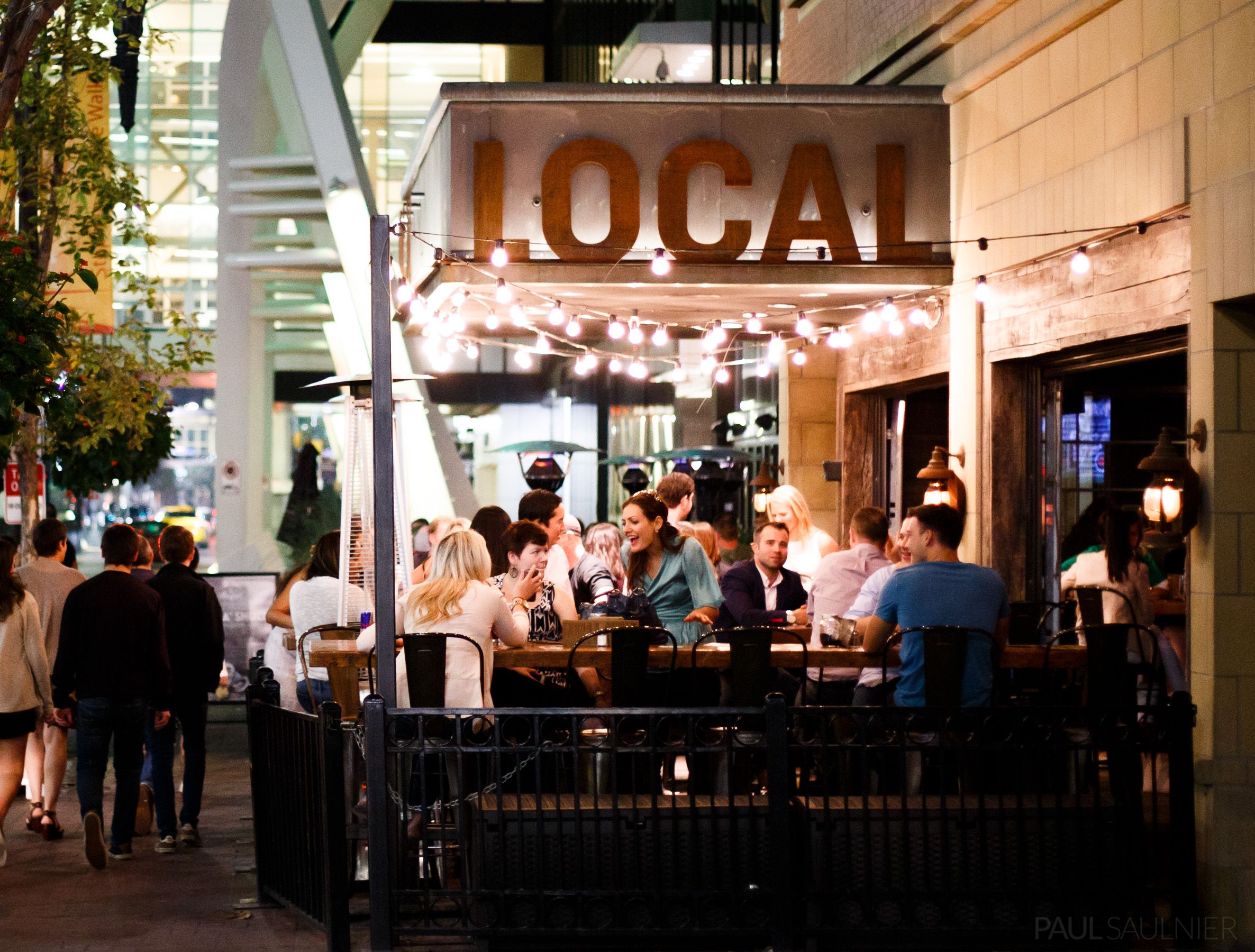 Most restaurants have patios which are packed with people every day, especially after work. 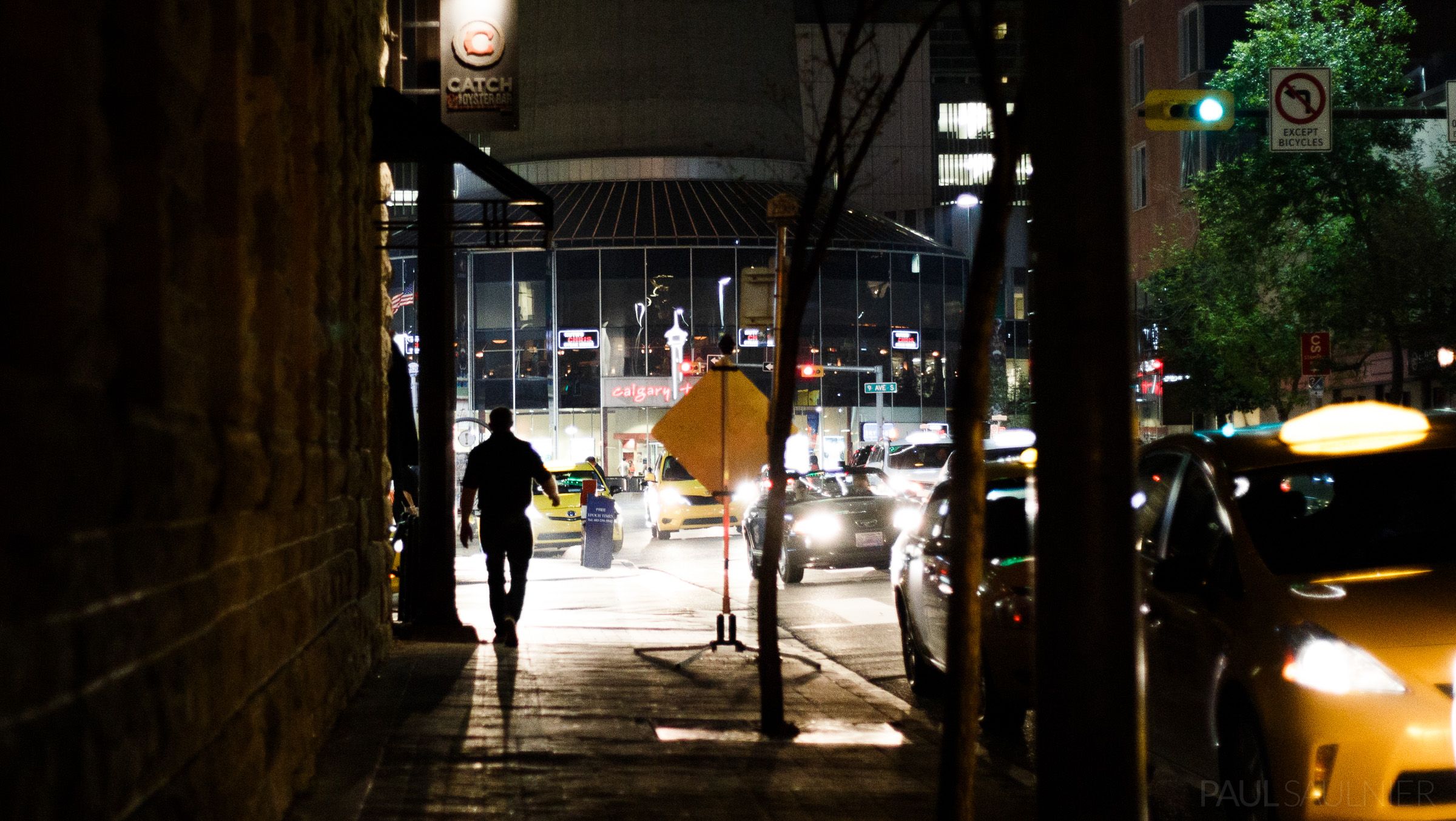 The Calgary Tower is only 1 block away, so the area is a natural destination for tourists. 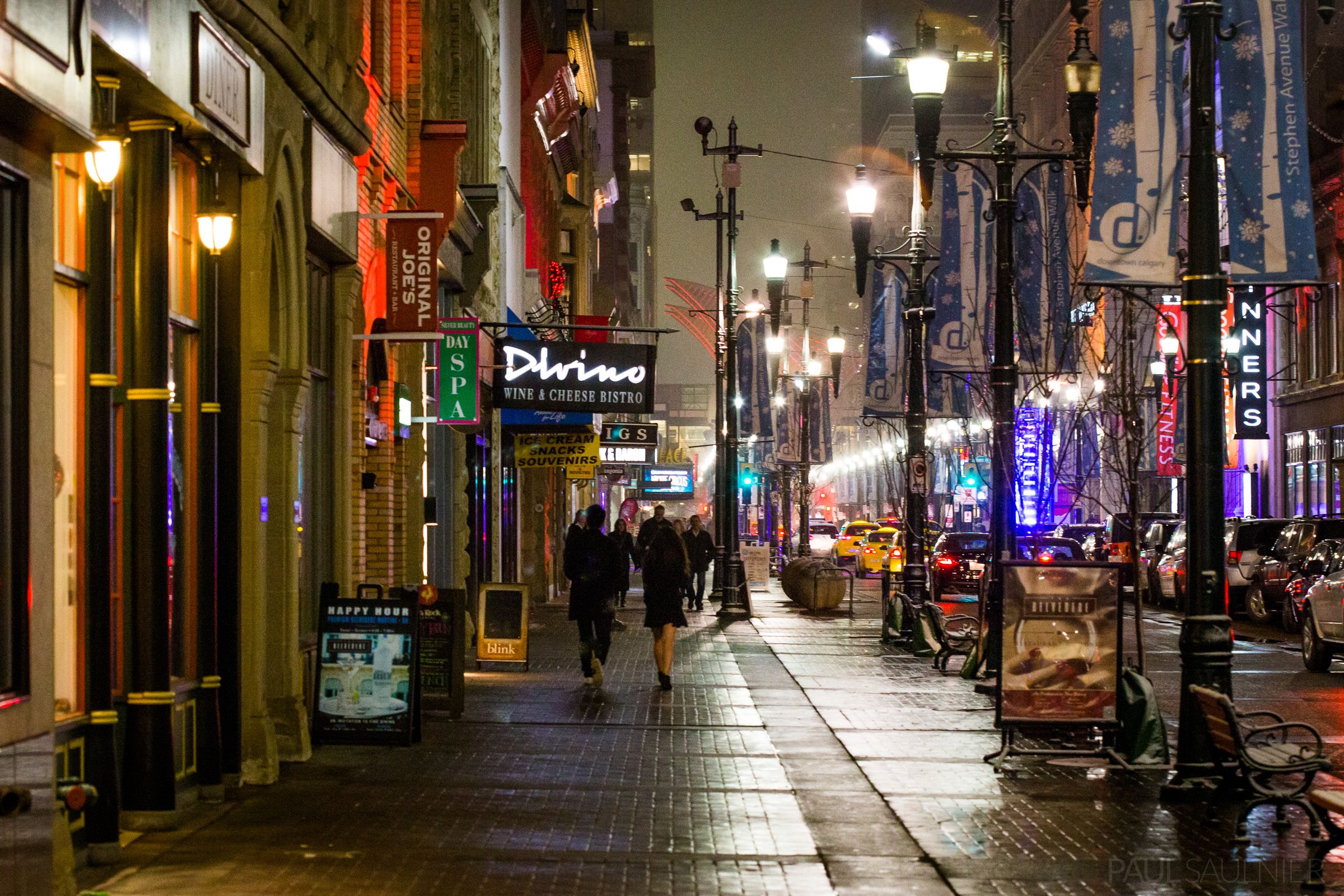 Many businesses still use signs which hang out above the sidewalk. This type of signage used to be common on many streets decades ago, but businesses have moved away from them (likely due to cost). Even though it’s too cold in winter for anyone to sit outside, the street scene still feels vibrant.

Since I walk along Stephen Avenue every morning for walk, I noticed that this bicycle never moved for a few days, giving time for some snow to accumulate.