As I began to uncover in my last post with the electronics markets, the retail scene and shopping experience is perhaps one of China’s most remarkable differences when compared with North America. Large multinational store brands such as Walmart have begun to operate in recent years, but a lot of shopping is still done in “markets” and small mom-and-pop shops that are clustered by the dozens all over the city. This is true even for Shenzhen which is such a new city.

In this post, I document some of the late night shopping options of Shenzhen available after 9 PM, after which many mainstream stores in Canada are closed. More than half of my Shenzhen photos were taken at night, since I was at work during the day and only really had a couple weekends in which to capture daytime photos (such as the Shenzhen Bay photos in my first post).

Workers are installing new signage for this business. You can see the array an white LEDs on the characters where the front panel has not been installed yet. Flashy signage is key for businesses to be noticed and received customers in China. 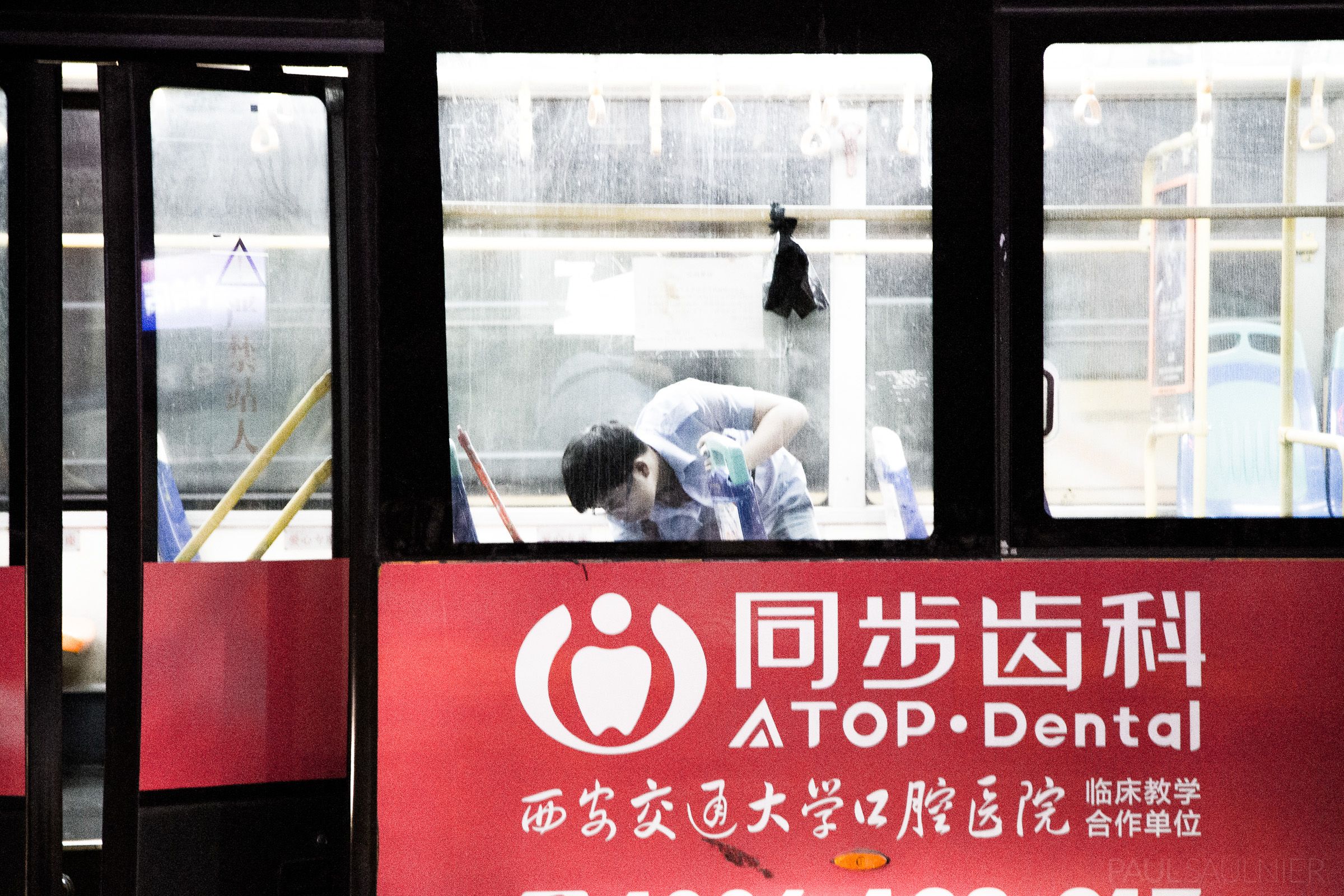 A worker cleans a city bus. All buses are air conditioned, providing an escape from the hot summer weather. 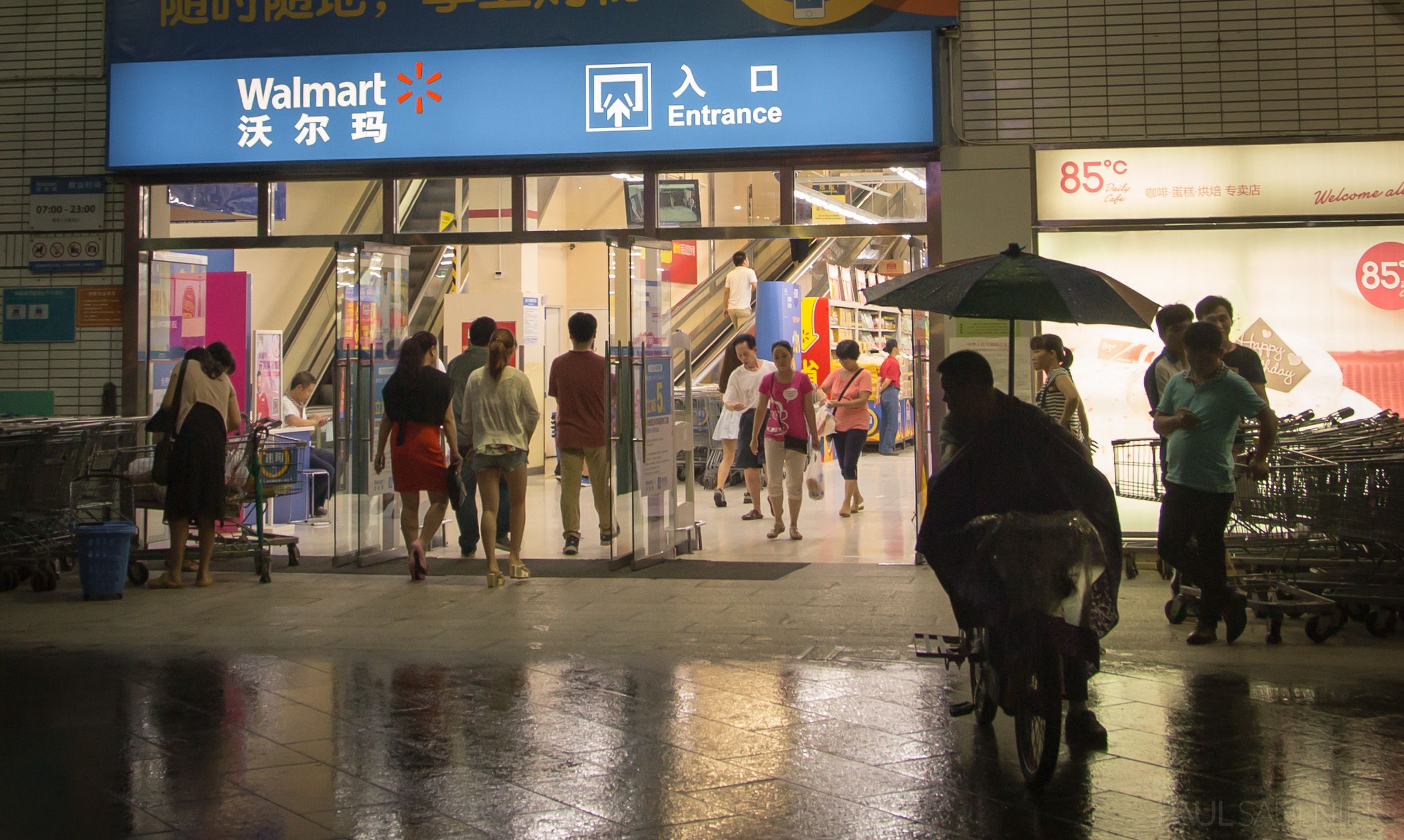 Wal-mart opened its first Chinese store in Shenzhen in 1996, although I’m not sure which of the city’s many locations is actually the first. This Wal-mart store has an angled moving sidewalk, instead of an escalator, to move shoppers between the 2 floors. 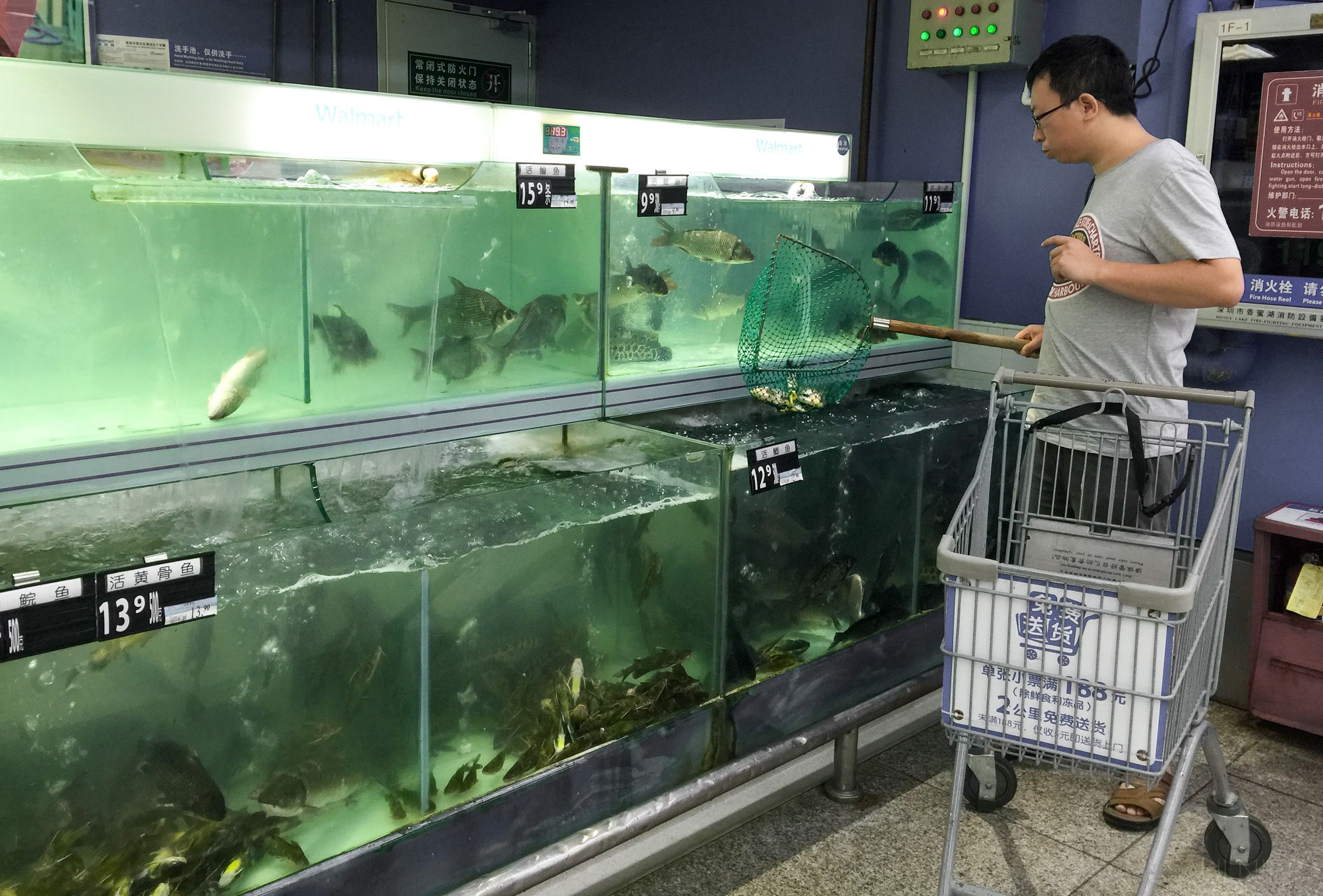 These Wal-mart stores felt familiar, yet small differences were apparent. The range of merchandise carried is different. This photo shows a man capturing his own fish for purchase! 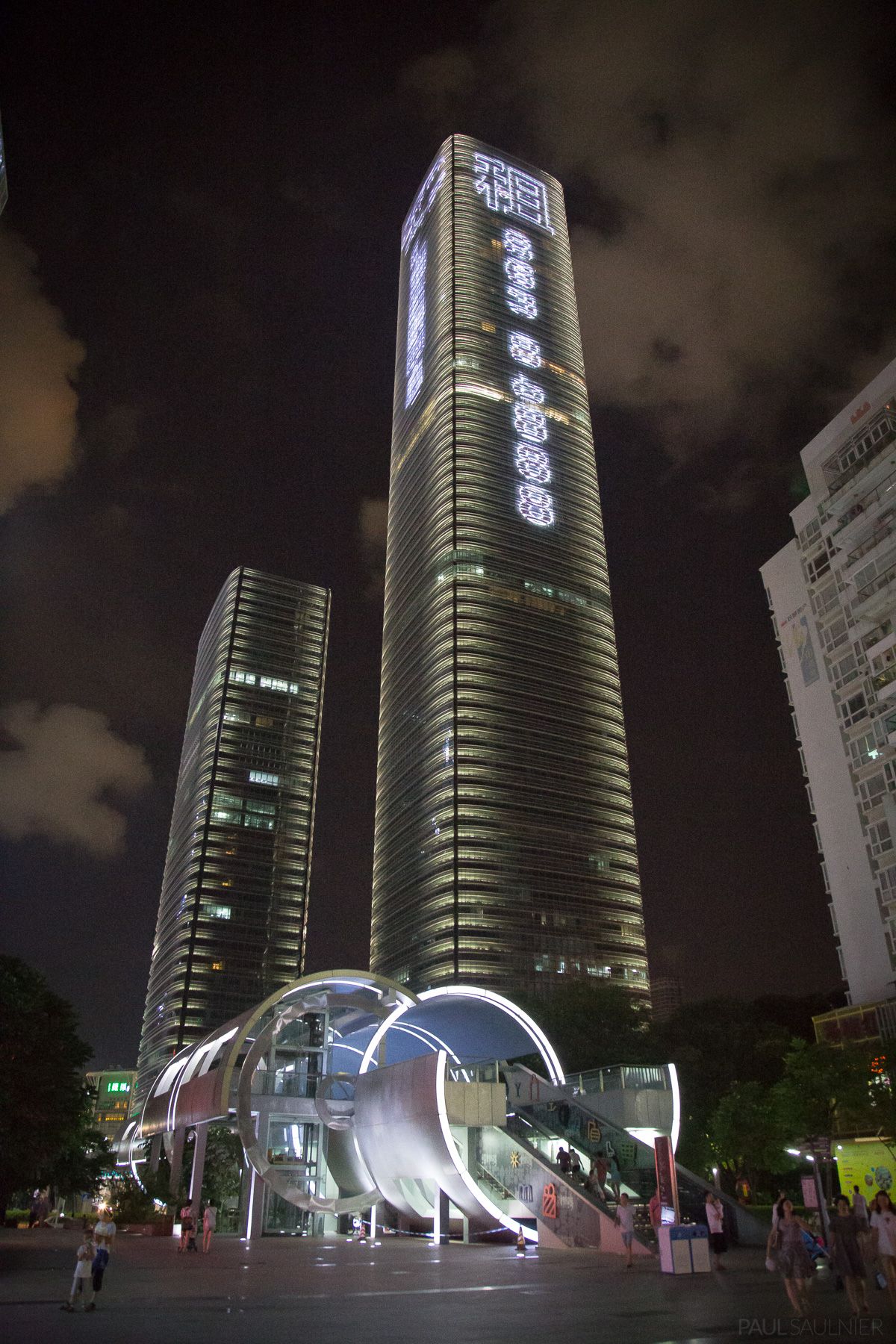 A couple tall buildings tower over the entrance to a walkway which leads to the Coastal City Mall, and various smaller connected malls. Since the weather in south China is never very cold, many parts connected to the mall are open air. A public square for hosting concerts and other events is also part of the mall. This is one area which made me realize how different a city can be when designed purposely from the ground up, as Shenzhen was much less than a century ago. 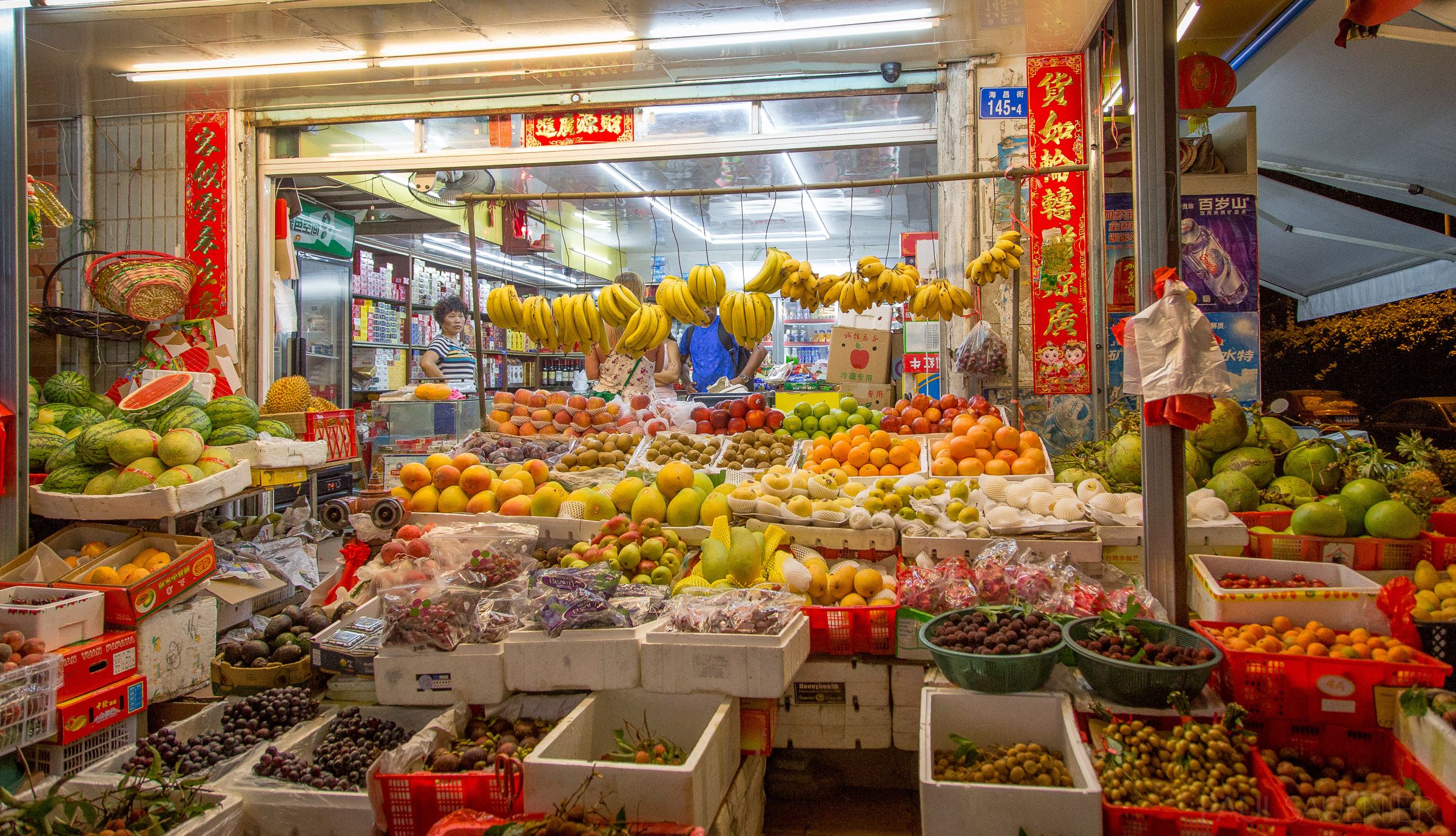 Moderately sized supermarkets aren’t hard to find in China, but I saw many groceries being sold out of much smaller shops in neighbourhood streets.

Although cars are becoming popular in China, many still prefer (or can only afford) to drive a bicycle, scooter, or motorcycle. This one street has parking for dozens of these smaller modes of transportation. 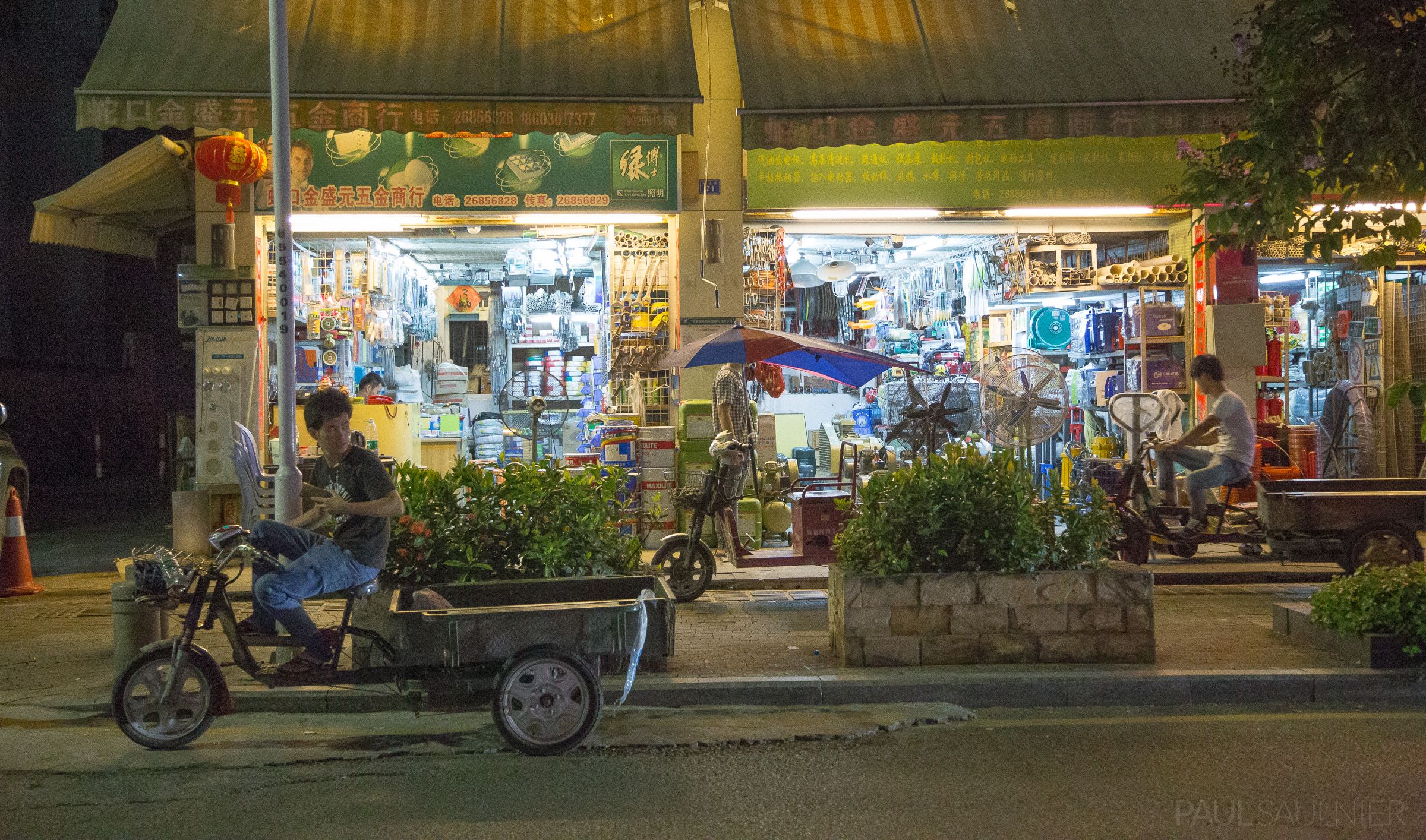 On this one street which wasn’t too far from my hotel, shops sell every type of merchandise imaginable including electronics, food, office supplies, tools, etc. Many of the shops specialize in certain types of item. For example, this shop seems to carry a variety of fans. 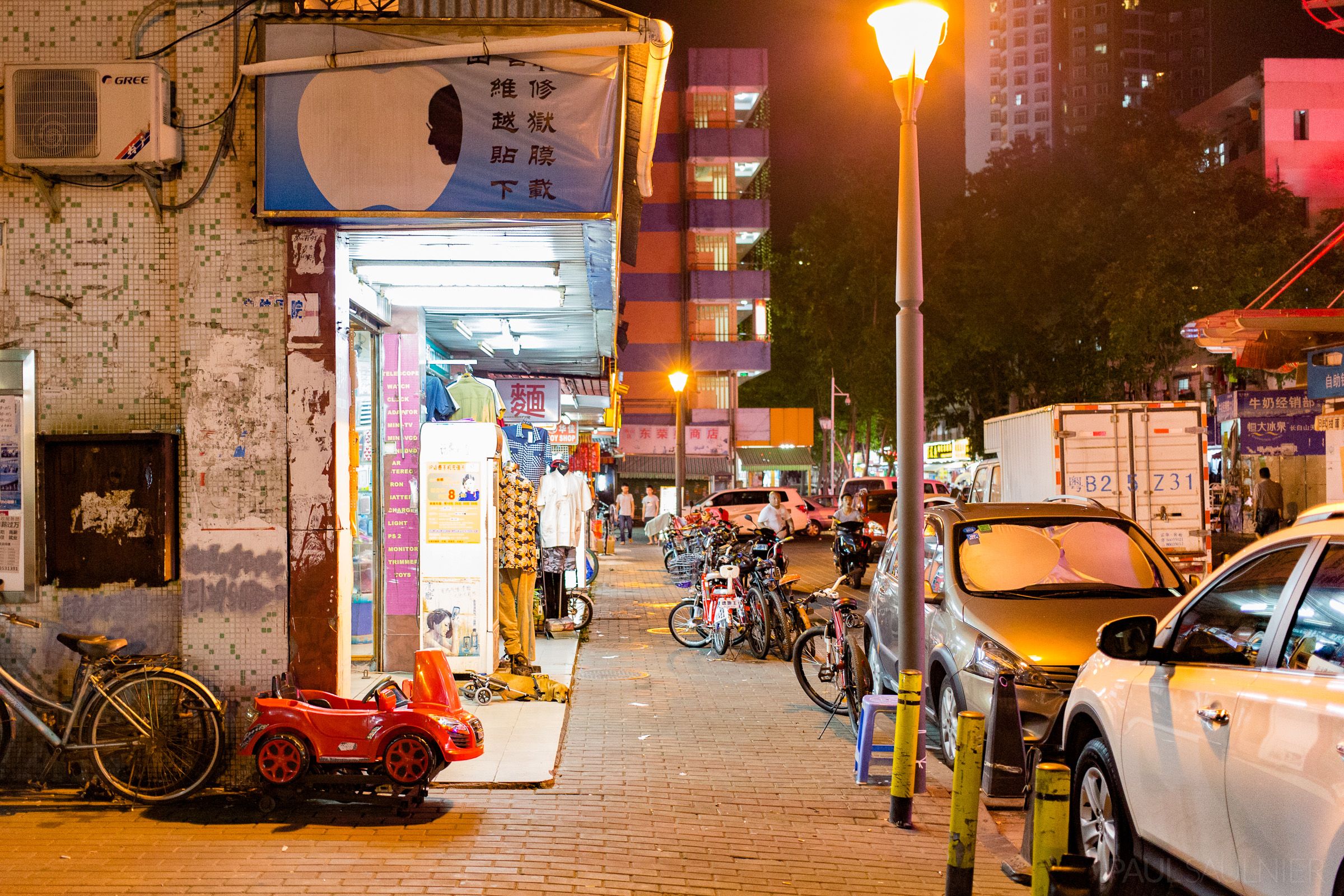 This one photo depicts many elements of Chinese society and hints of its evolution. A few cars and trucks are visible, along a toy car for children, but more bicycles are parked on the sidewalk. Low rise residences are in the foreground, and there are very tall apartments in the background. An almost hidden detail is a banner for Apple products on the building, showing the Apple logo with a silhouette Steve Jobs forming the bite out of the apple. 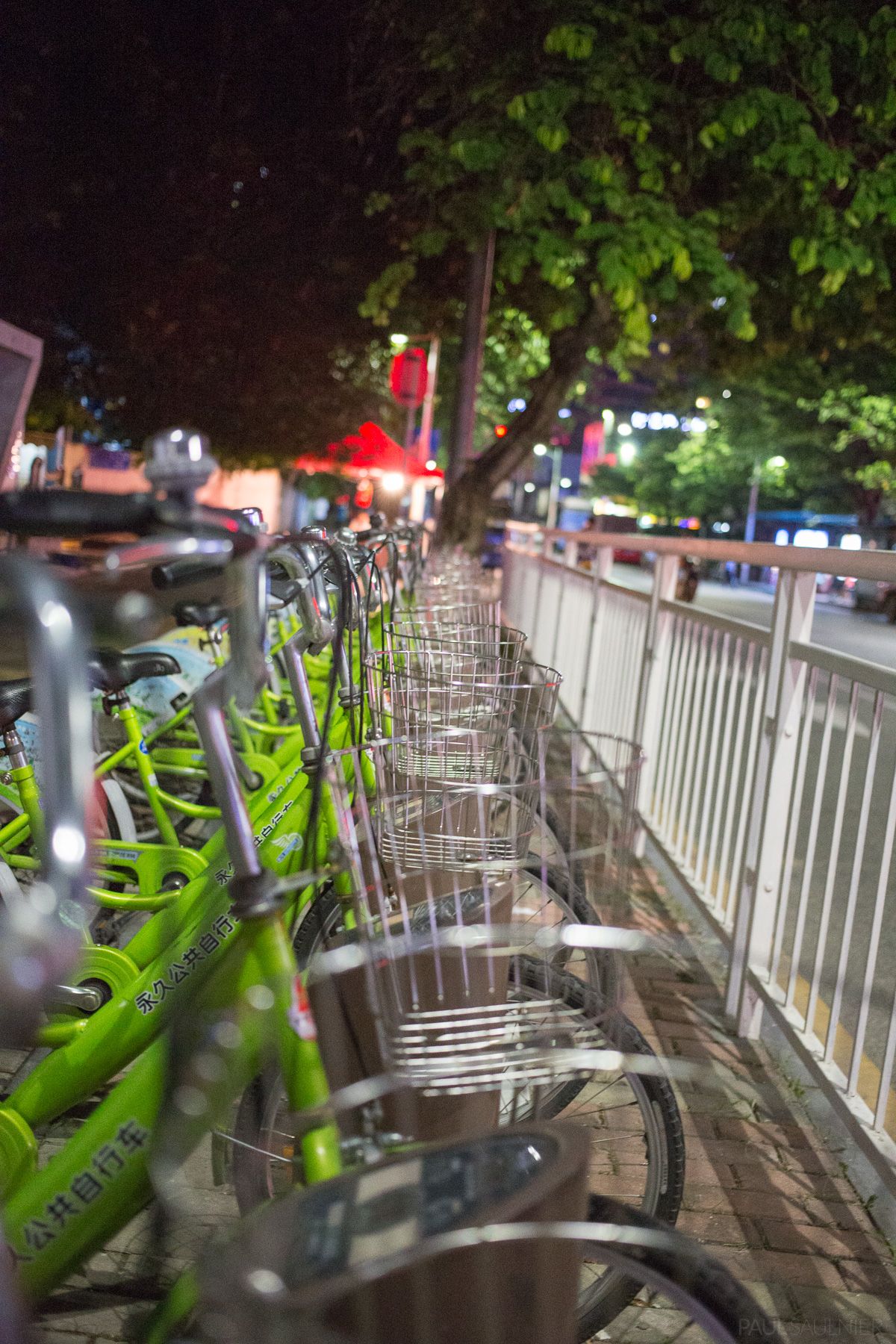 Bikes can be rented at this stand. I didn’t see too many of these, particularly in tourist areas, but I imagine bike rentals are used perhaps as an alternative to public transportation. 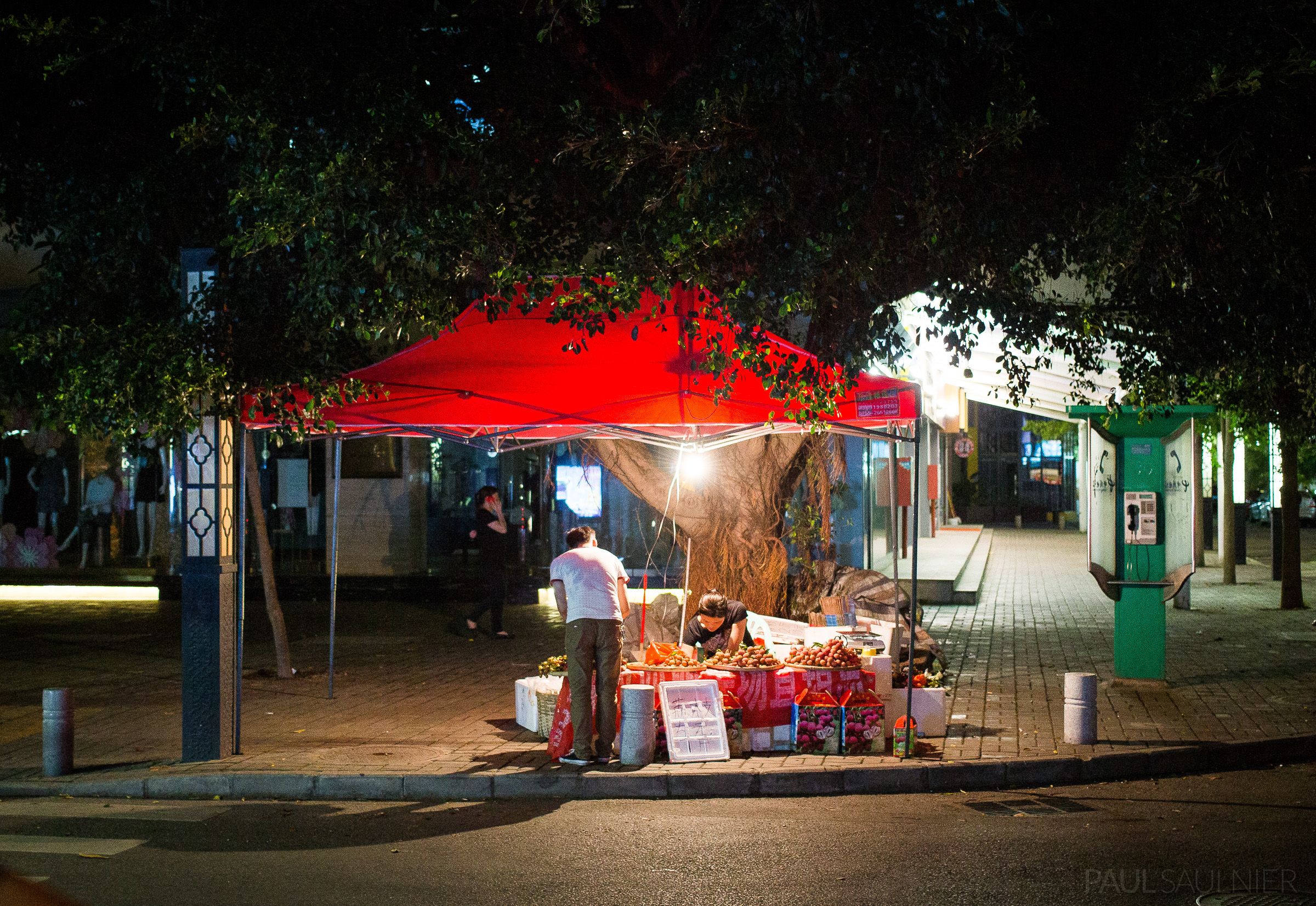 This lonely stall was selling a few types of produce. Stalls like this can be found on many streets of Shenzhen. You never have to walk too far to find a place to buy things.